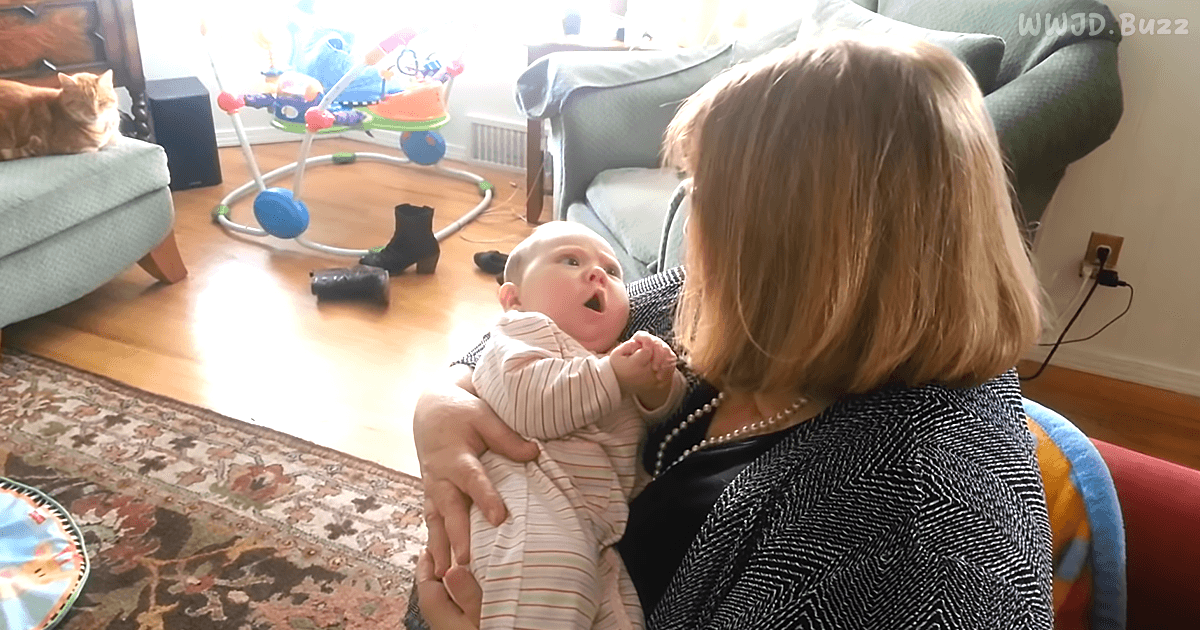 Grandma is serenading her sweetheart with the classic song “I’m in the Mood.” This song was published in 1935 and appeared in a black and white production called Every Night at Eight. Several other artists released their own versions of this song, including Louis Armstrong.

Listen closely to this sweet babe as she stares intently into Grandma’s face and actually tries to match her pitch. Their duet is simply precious. Mom ran for the camera the moment she watched the scene unfold. Grandma can’t stop cracking up after their first version. Watch this little cutie pie’s expressions in the video below and listen to her singing right along with her loved one. It’s so adorable.

With the baby in her arms, grandma sits down and starts singing to her. She sings Louis Armstrong’s “I’m in the Mood” from 1935. As if it was a magic spell, the baby’s eyes become fixated on grandma. Grandma is singing in a soft voice which is perfect for her granddaughter to feel comfortable with. Grandma is so into her singing that she doesn’t notice what her granddaughter starts to do.

This video is, no doubt, a treasured memory for this grandma. Let’s hope they have lots of singing time together. What a gorgeous duet they make. 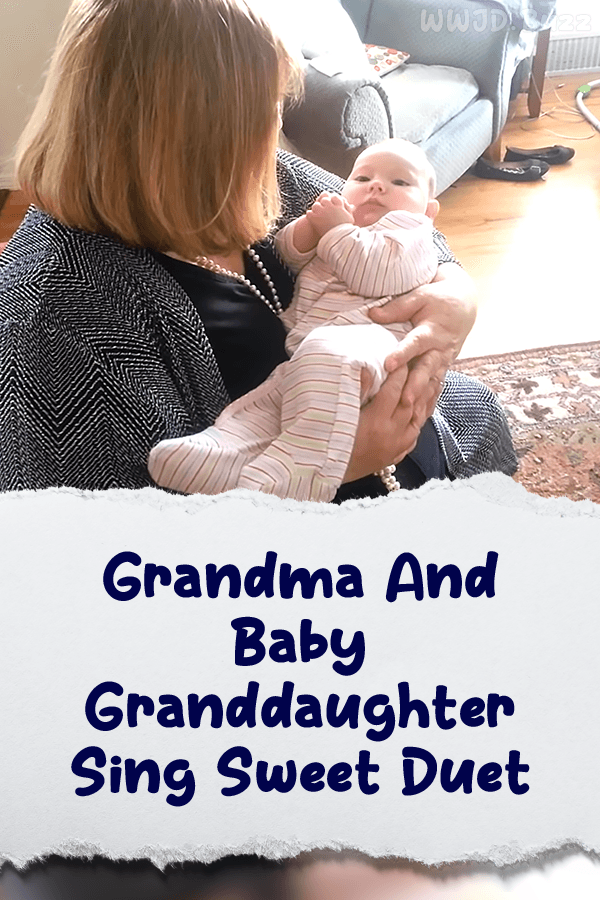