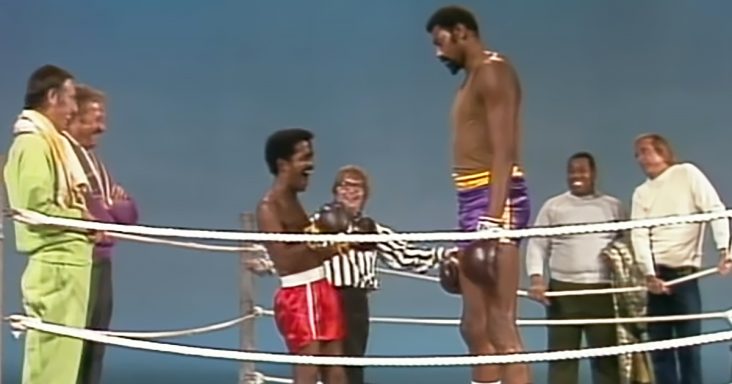 Sammy Davis, Jr was a lot of things: actor, singer, dancer, storyteller, comedian. However, no one would have ever listed him as a fighter. That’s what makes this video so great.

Small in stature, Davis Jr was only 5’6 and weighed about 120lbs. He was wiry and often wore tight clothing when he performed. In this clip from Rowan and Martin’s Laugh-In, Davis Jr is paired with a man he has no chance of besting.

Davis Jr is introduced to the boxing ring, and his challenger is named Tiny, the Irish fighter. However, it’s not a little Irishman that Davis Jr is up against today.

When the referee tells the fighters, “No blows below the belt,” Sammy Davis Jr isn’t sure just where he can aim. He tries to run away several times before round one begins.

Davis Jr even tells the ref he can fight in his place. However, the fight must go on. Davis Jr’s coaches tell him to make friends with Wilt Chamberlain, so he returns to face the basketball player with a classic one-liner, “Are you new around here?”

Realizing he’d have to use wit over brawn, Davis Jr asks Chamberlain to lower his head so Davis Jr can whisper in his ear. After Davis Jr whispers, Chamberlain staggers over to the stool. Davis Jr’s coaches can’t believe what happened. You’ll have to watch to hear what Davis Jr told him. 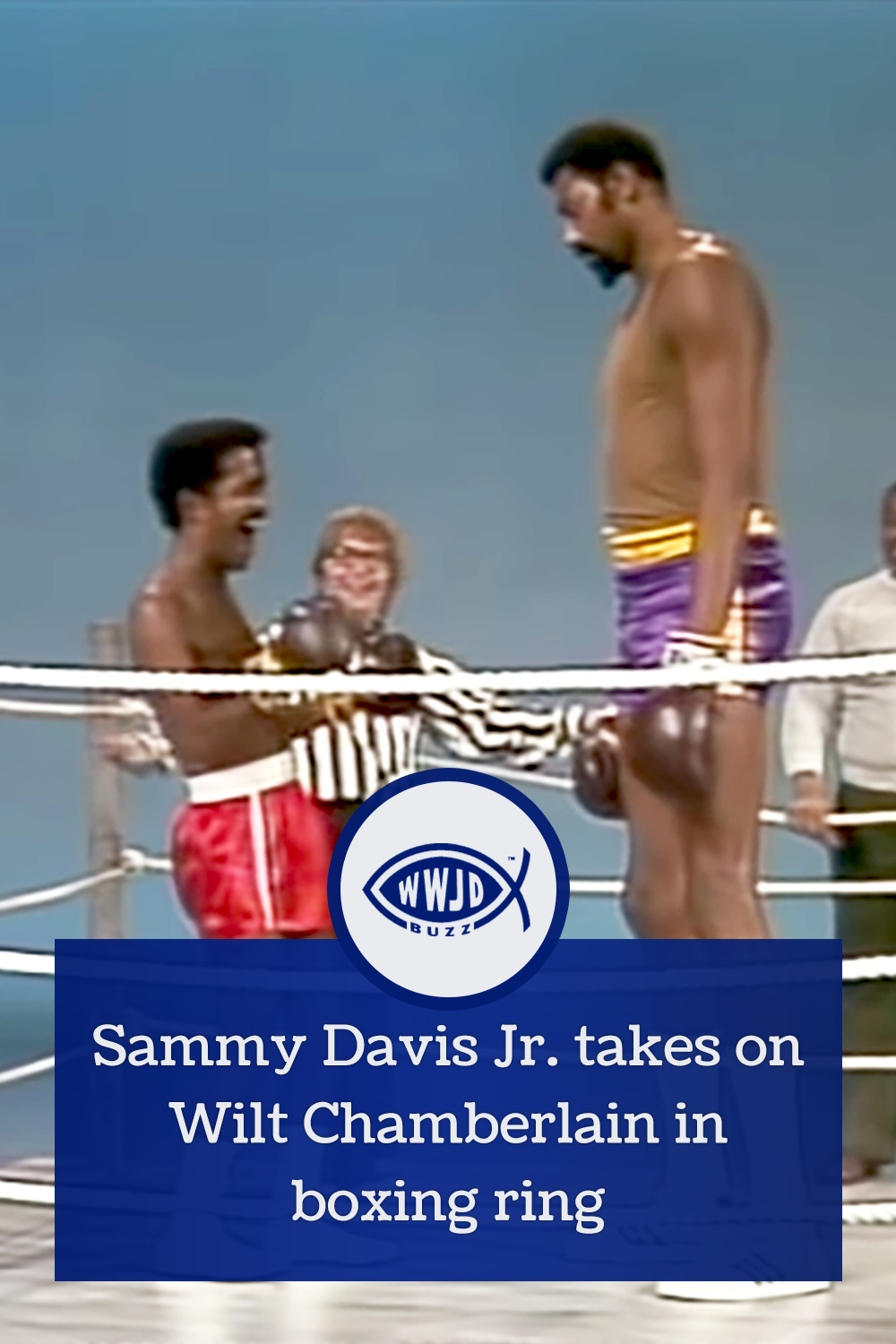