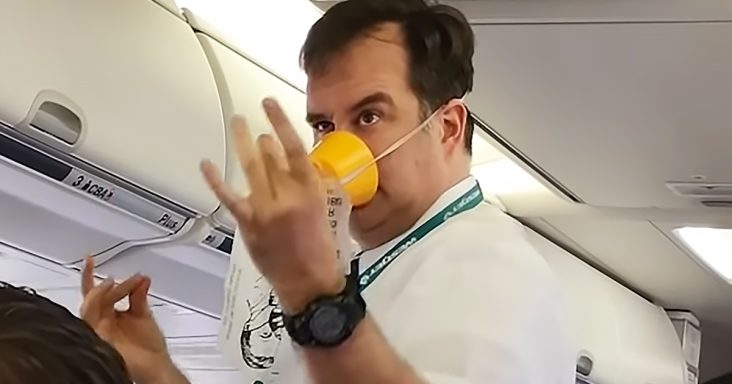 If you have ever been to an airport before, you know that flying is a stressful experience for many people. But this flight attendant found a way to make the experience more enjoyable for the passengers of this flight.

After a few rounds of pre-flight announcements, most people would be able to stand up and perform the routine themselves. For this reason, the announcement is often a time for bleary-eyed passengers to tune out.

Because of that, many passengers end up missing critical safety information. For other passengers who are afraid of flying, ignoring this announcement can be a coping mechanism for setting aside their pre-existing fears.

However, this flight attendant captured his audience’s attention with a demonstration that was one part goofy dance routine and another part physical comedy. The result was invigorating and a joy to watch.

And of course, one of the best remedies to fear is laughter, and there was not a single passenger in that plane that was not laughing by the end of the flight attendant’s display.

But the flight attendant was not finished after just one performance. He treated his captivated audience with a hilarious, encore performance as the French announcements played over the plane’s intercom. 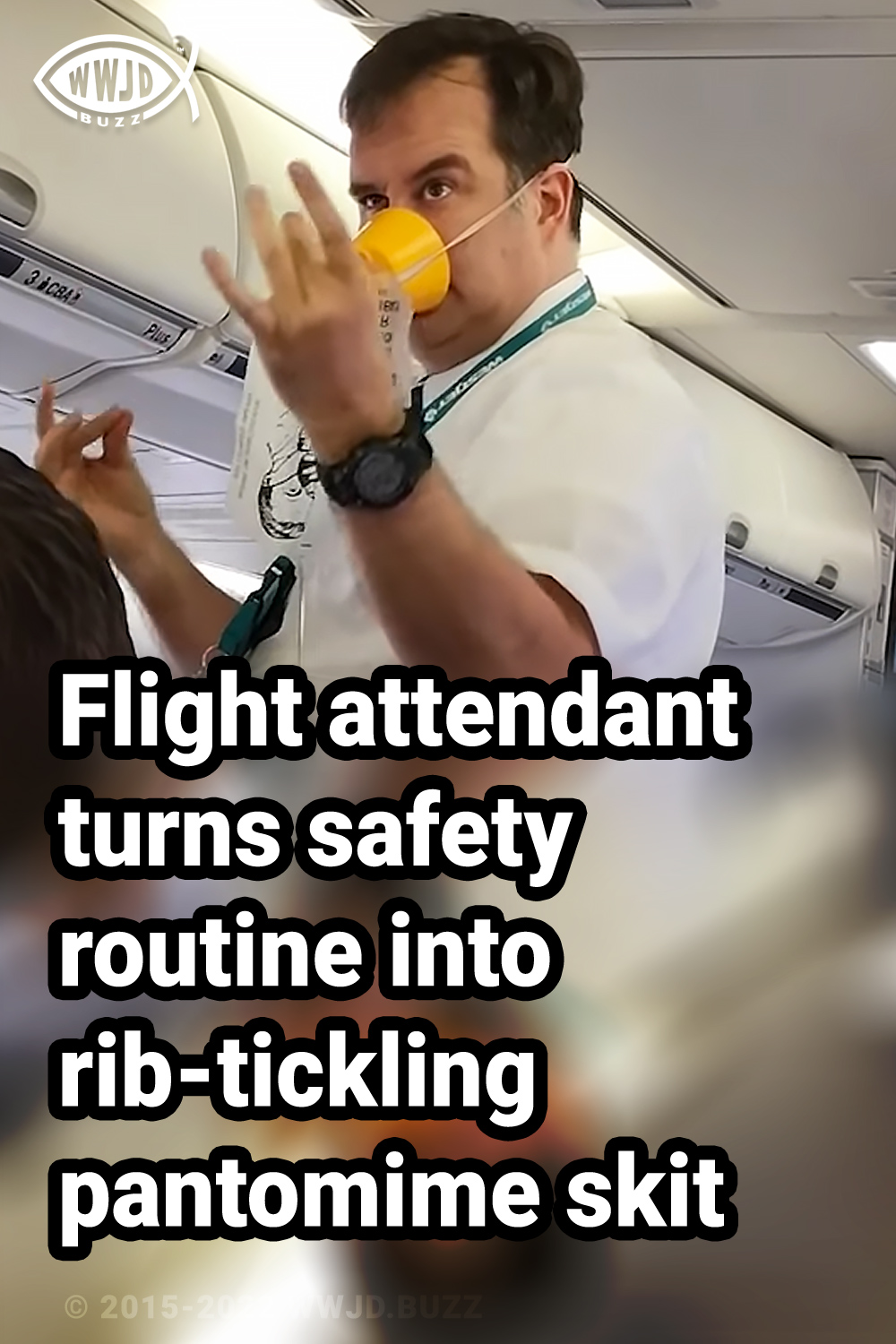