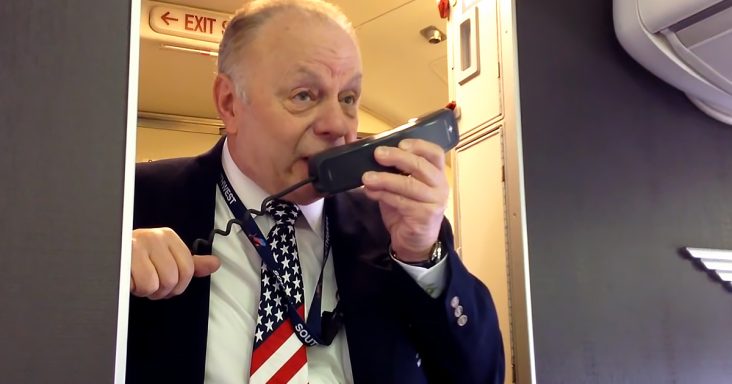 If you’ve flown on more than one plane before, you’re probably used to the same old pre-flight announcement, but this flight attendant’s speech is one you won’t be able to tune out.

With a plane full of jetlagged and bleary-eyed passengers, this portion of the flight is when many people doze off, but this attendant had every person on the flight laughing out loud.

But for those who might be concerned about passengers receiving all the necessary information, it’s all there. The flight attendant does go over all the usual details with comedic flair.

For example, he does inform adult passengers that they should put on their masks before securing their kid’s mask, but he goes on to say, “If you have more than one child, decide which one has the most potential.”

What makes his performance even funnier is that he does it all in the same dry monotone that a regular announcement would use. He holds this deadpan expression up until the very end, when his last joke makes him crack a grin.

While many of us might not get the chance to experience a flight attendant like him, we can be thankful that one passenger captured it on video.

But like most jokes, our explanation does not do it justice. Take a moment to check it out for yourself. We know you will be laughing alongside the rest of the cabin in no time. 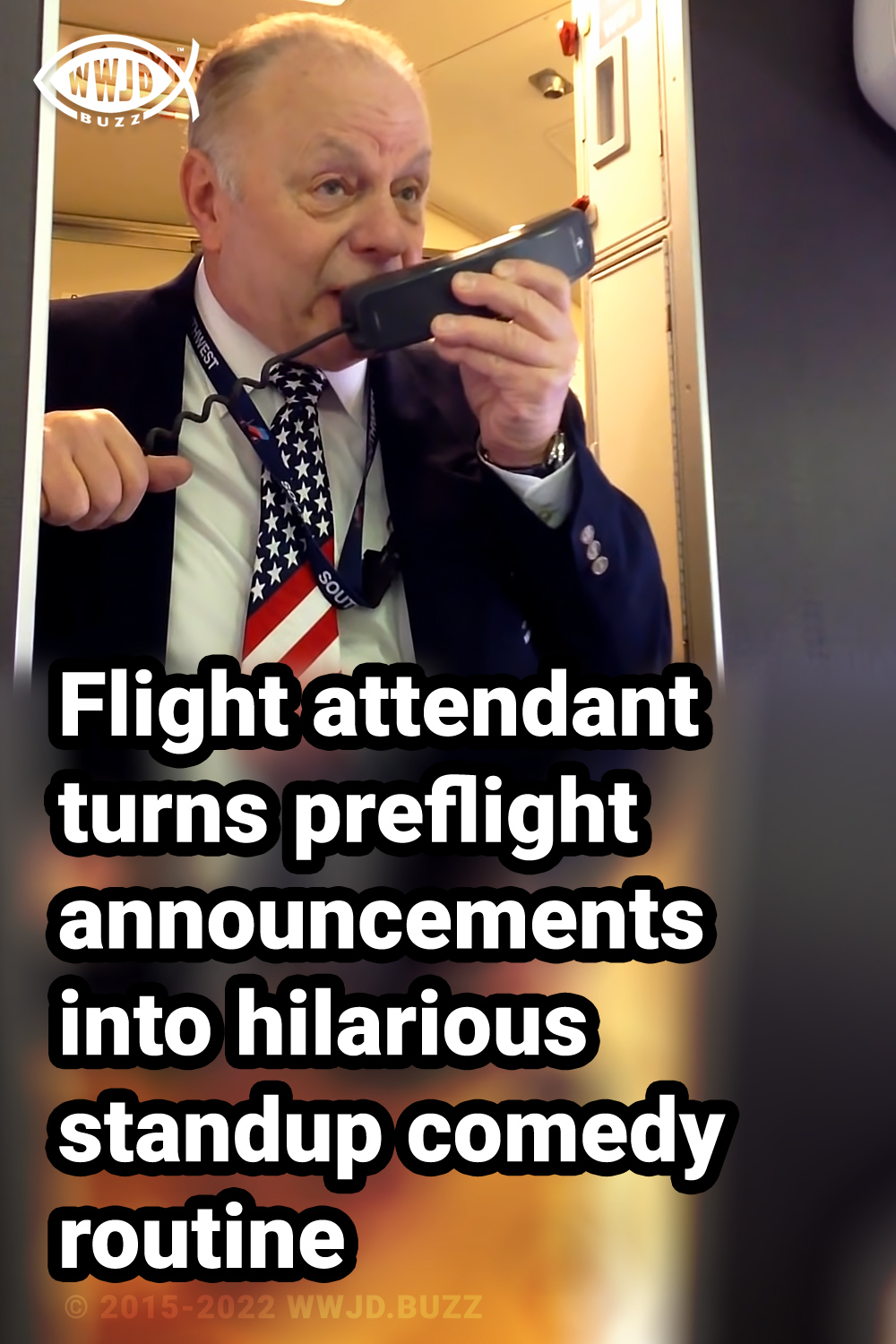