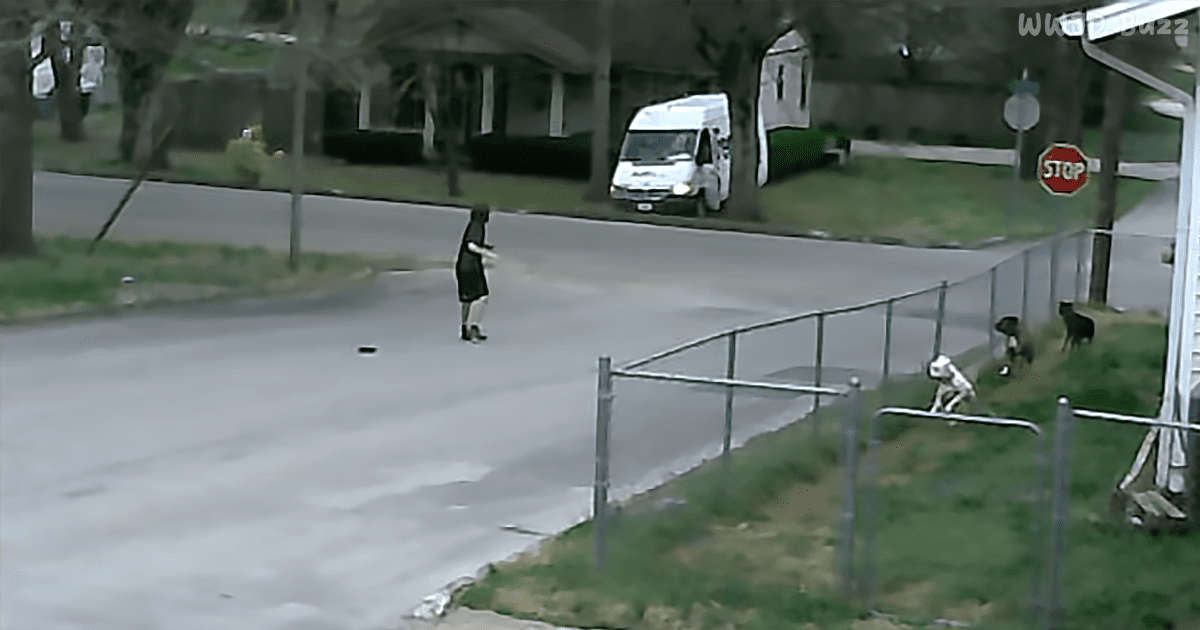 It’s amazing the everyday stories that get captured on security cameras everywhere. It could be something as silly as a prank, or as romantic as a stolen kiss. But when these homeowners checked their security footage, they were amazed to see what their camera captured.

When I saw the video, I thought it was just another random boring video, but I saw the dogs barking and playfully jumping over each other in excitement. Ok, I thought this is going to be a dog video – sure, I like dog videos – but I waited for something exciting to happen. And waited. The dogs barked at a FedEx van going by, but that’s nothing out of the ordinary – until I saw the dogs barking again and take off as if running to keep up with a moving object.

Then it came into the frame. That same FedEx van turned rogue and was making a getaway MINUS the driver who was frantically running by its side, trying to slow the rogue truck down. Nothing seemed to be working, and he dropped his phone in the pursuit.

He saw his efforts were futile and stopped to pick up his phone and slowly walked towards his van, which crashed into a tree in a person’s yard. Not the best way of stopping the runaway van, but at least its progress was halted before anyone got hurt.

Now the whole situation just seemed hilarious when viewed through the security footage, especially with the dogs’ antics building the scene up. It’s almost like they were taunting him, barking out about how the driver had forgotten the parking brake. Epic! No wonder this video got over 15.5 million views! 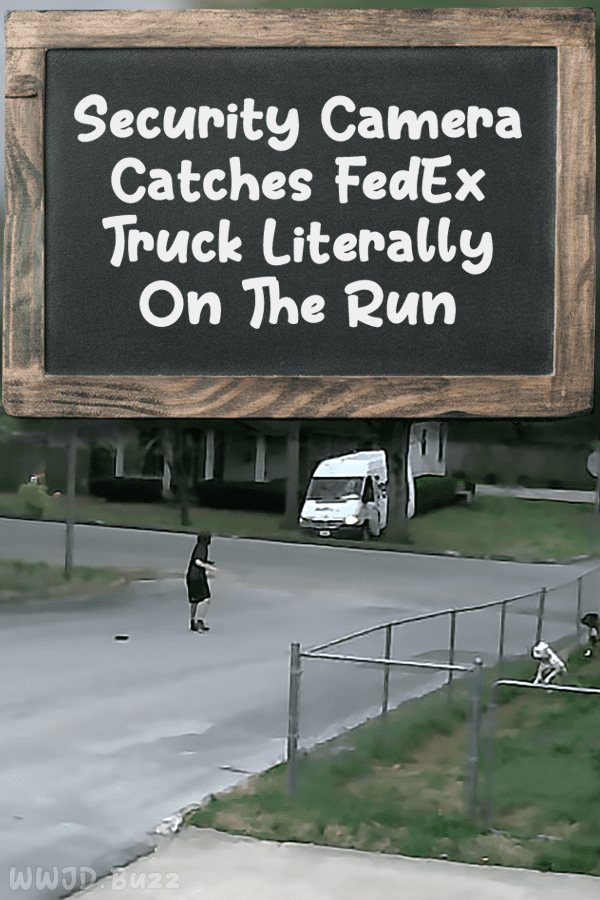