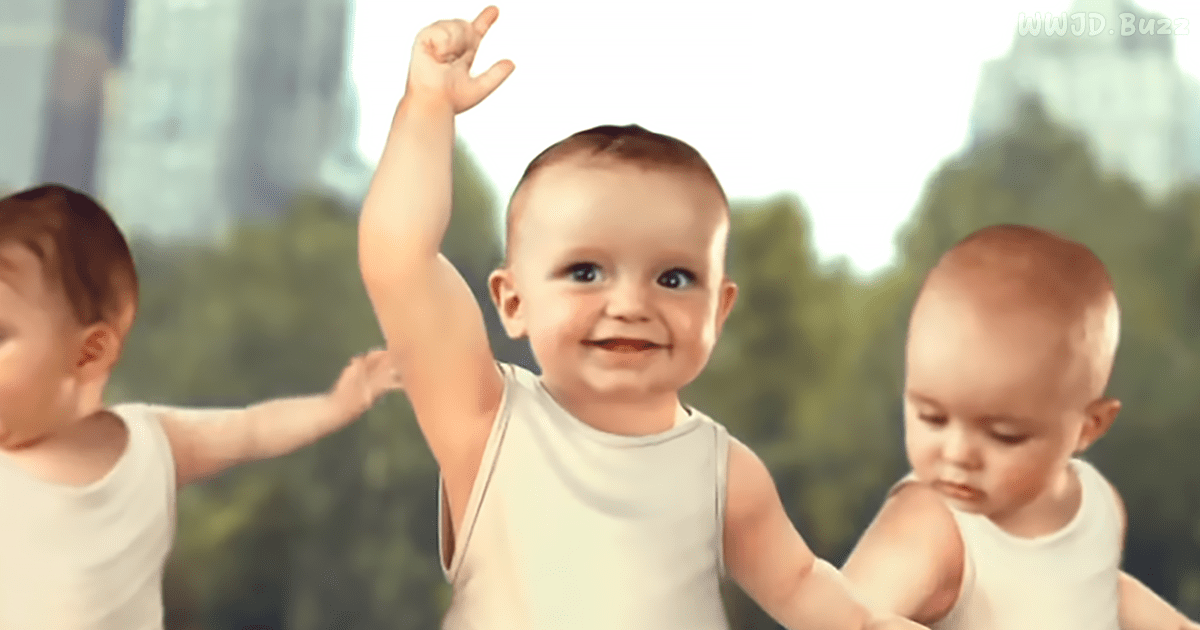 It doesn’t take much to get our attention these days, so when you put babies in rollerskates and have them breakdance to a disco beat, you can be assured you’re going to have a lot of tonuges wagging, not to mention shares and repins on social media.

That exactly effects the Evian the bottled water company was aiming for when they commissioned this viral ad. As you’ll see, the ad’s creators came up with a gem.

A couple of dozen babies are kitted out with old-school roller skates. And thanks to some old-school audio technology (a boom box), they get a dance party going, complete with some breakdancing moves thrown in. When they aren’t dancing, the roller babies are doing some amazing stunts and acrobatics. If watching them doesn’t make you feel young again, nothing will!

You’ll be smarter after you read this: The story of Evian water began one day in 1789 when an aristocrat was out for a walk near the southern edge of Lake Geneva. He drank from a spring and not only was the water fresh, pure, and good-tasting, but he swore it helped his kidney and liver problems. Word got around, and less than ten years later, people were already traveling to the site to partake of the waters.

After the region became part of France in 1860, the town was renamed Evian-les-Bains. Then in 1908, Evian water began to be sold commercially in glass bottles. Although not exactly out of reach of ordinary consumers, Evian does have some luxury cachet — it’s the go-to water for many a Hollywood celebrity.

The secret to the water’s natural purity is the 15-year journey it makes from the snows of the French Alps to the spring near the lake. In the course of that trip, the water passes through different sands which act as filters. Whatever its actual health benefits, there’s no question it’s top-quality mineral water. Evian has long been a top-selling water for babies, so it’s no accident babies feature in its viral videos.