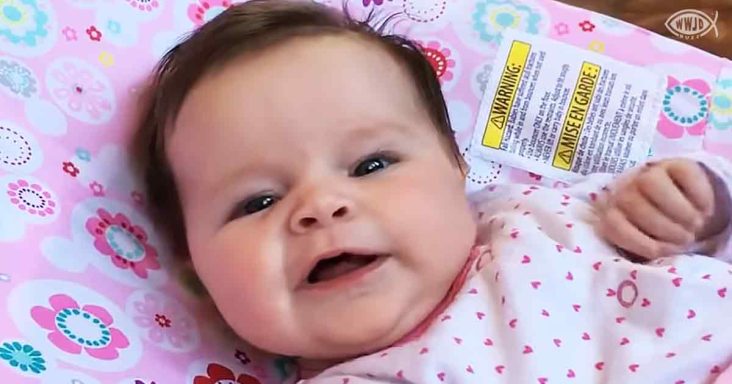 Ever been around a newborn? If you have, you know, newborn babies are quite the chatterbox as they slowly try to mimic the words around them. Cute adorable sounds are made in place of words, and it’s just the cutest thing. 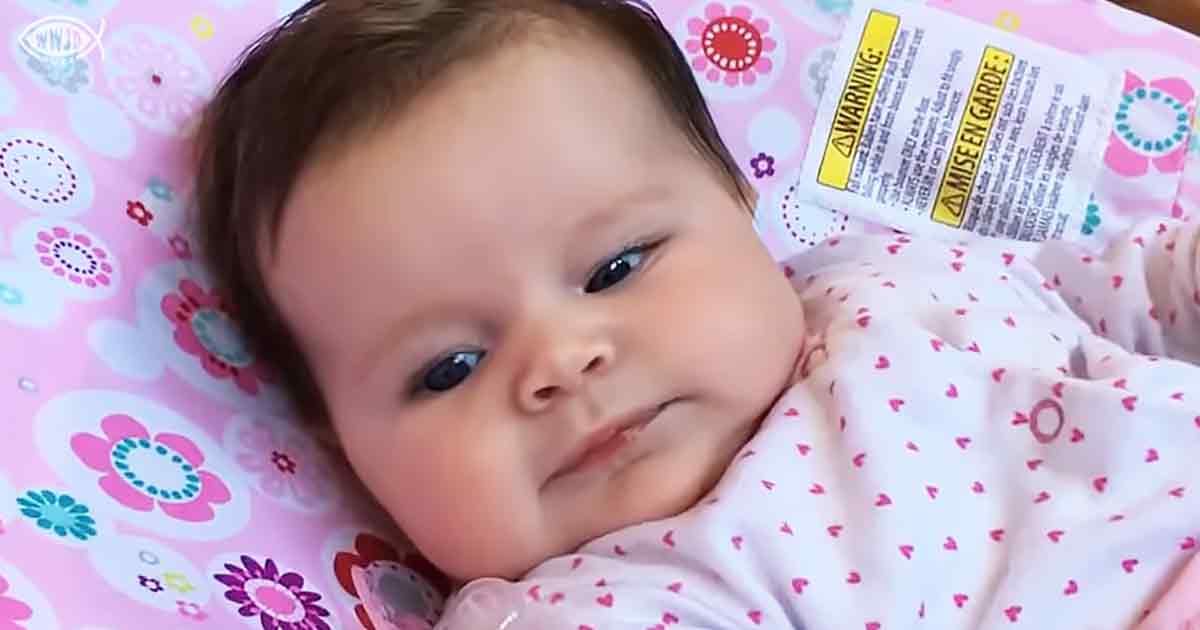 Well, it’s even cuter once an adorable baby begins to speak their first words. Maryanne Davies captured the cute moment on video and shared it with the world. Her beautiful daughter Eela says her own name.

The adorable moment captured on video and viewed millions of times around the internet is filled with even more cuteness once you find out that cute baby Eela was only 11 weeks old when she first spoke. 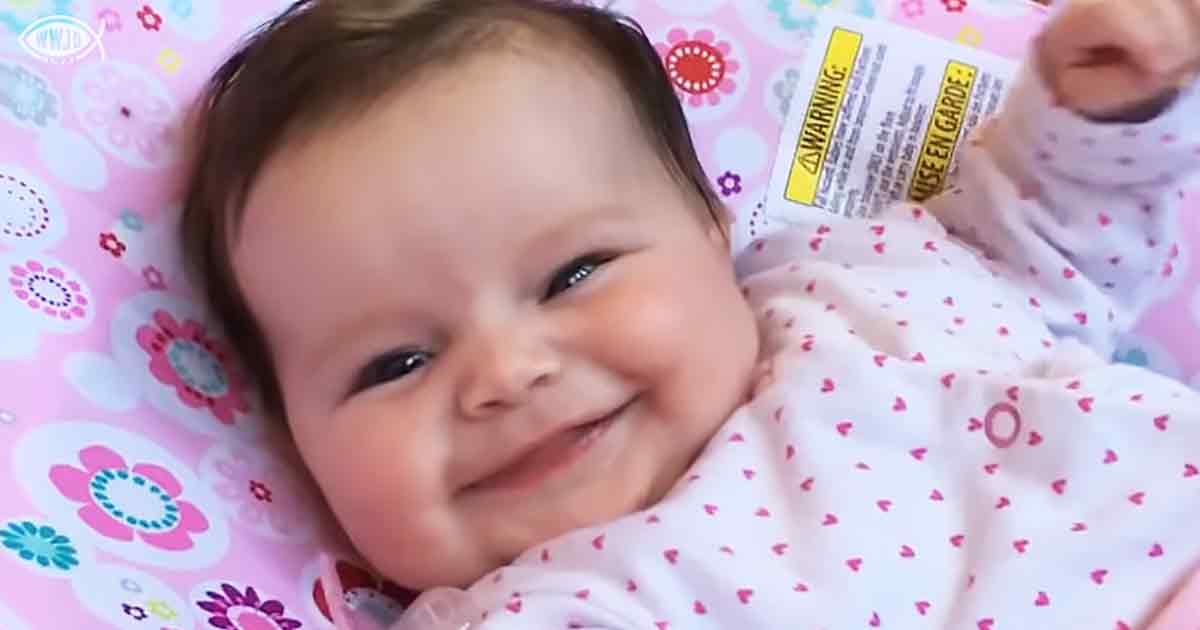 Even more shocking is that little baby Eela’s first words were her own name and not the more common “mommy” or “daddy,” which most parents get into competition for in fun ways.

Being able to speak her own name at 11 weeks old means baby Eela has quite the intelligence at such a young and transformative age. To the delight of herself, baby Eela can be seen smiling up a storm as she recognizes her accomplishment. 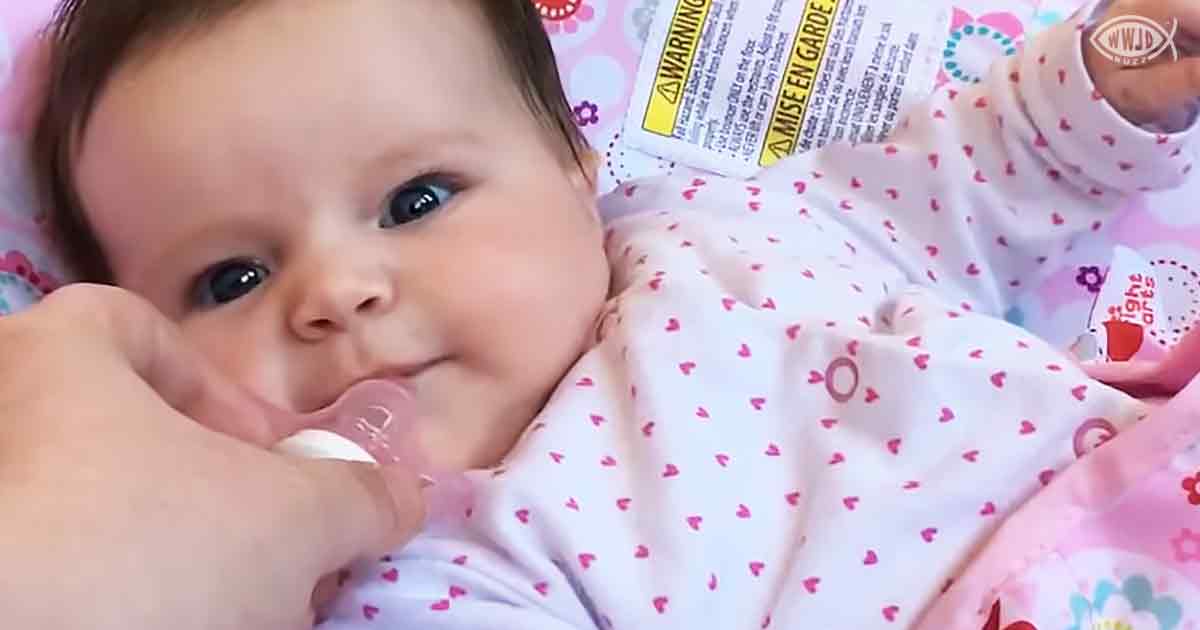 Of course, saying random sounds isn’t uncommon for babies of any age. Still, these sounds tend to translate more into what we all call “baby talk” and not so much formation of language spoken words.

So congrats to baby Eela for the fantastic accomplishment already melting hearts worldwide. Hopefully, sometime down the line, we’ll get a follow-up video of an older Eela reacting to herself speaking her own name for the first time. 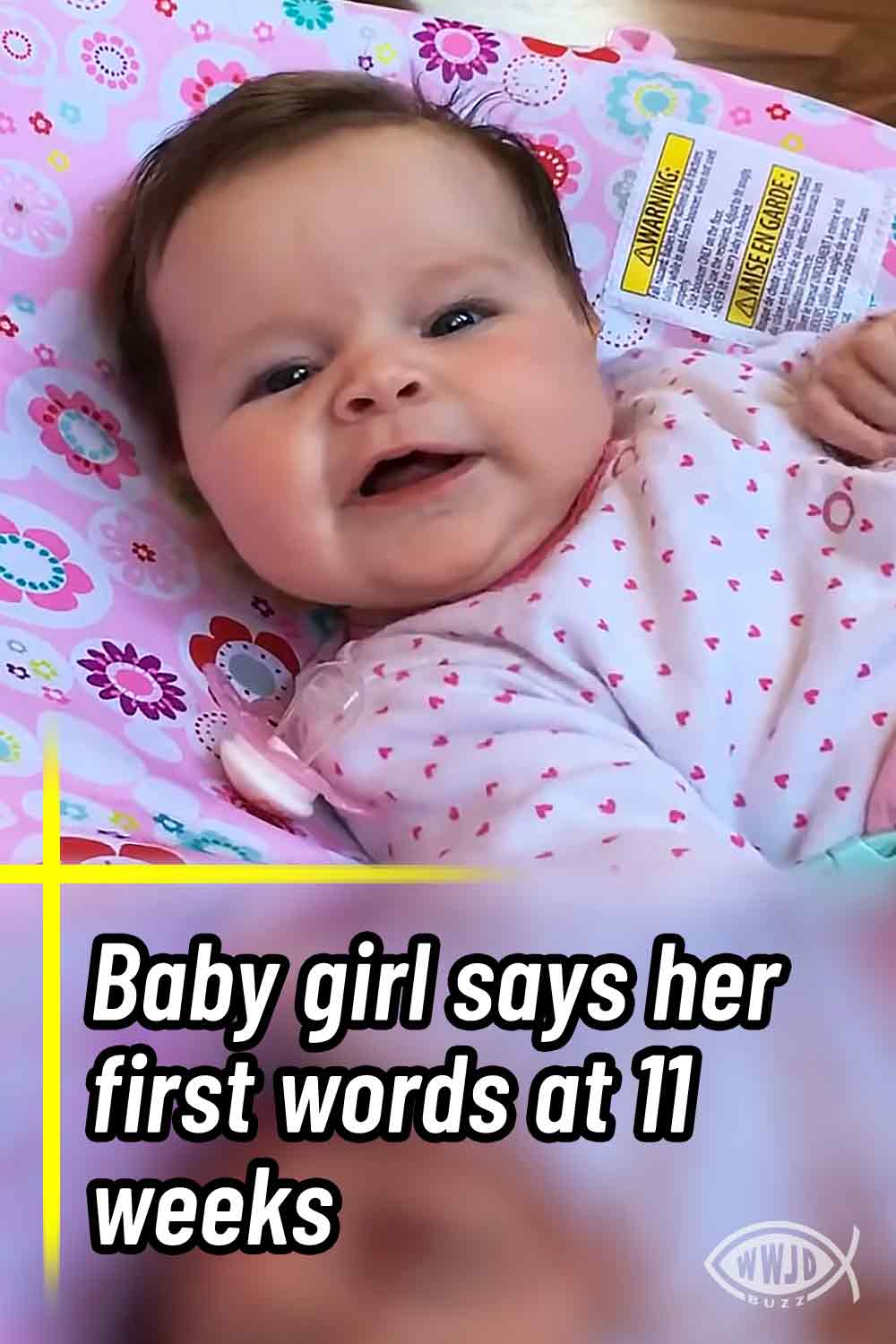