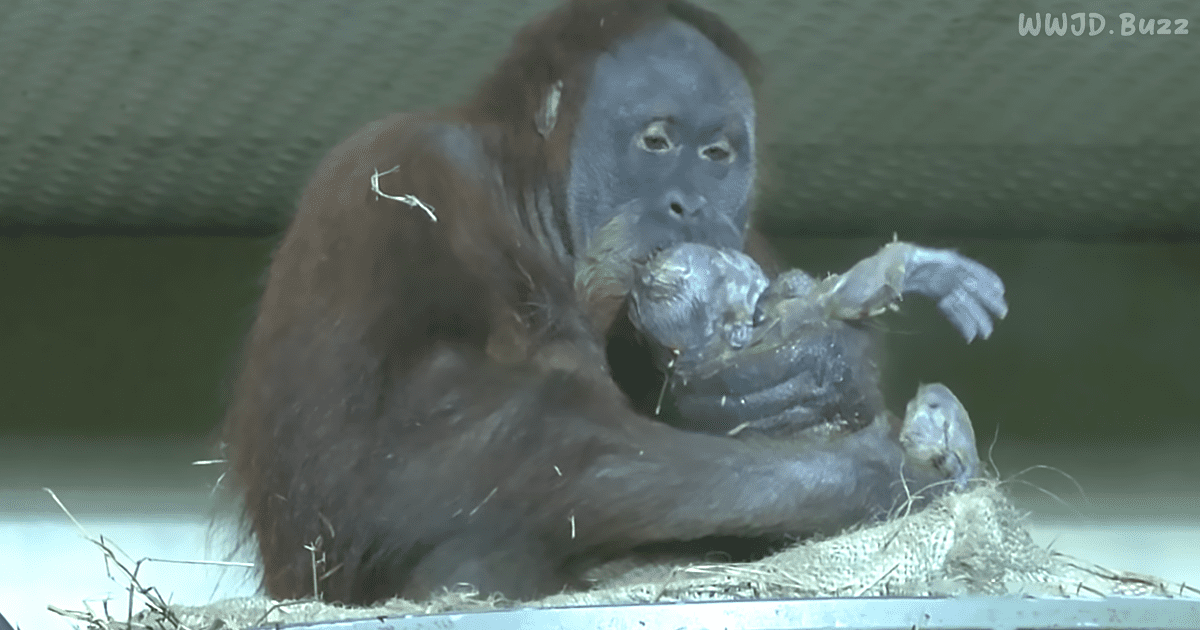 The following clip shows the birth of a Sumatran orangutan called Kea. It was captured live on video by the staff of The Durrell Wildlife Conservation Trust. This establishment concentrates on the conservation of different types of species and saving them from extinction. It was founded by Gerald Durrell as a charity institution in 1963 and is a sanctuary and breeding center for all kinds of endangered species now.

This video is the world’s first capture of an orangutan birth. It is a never before seen footage of this miracle birth. It is really unbelievable to watch the baby’s delivery. But the most amazing and remarkable part is the reaction of the mother orangutan to her baby. Some parts of the video could be a little off-putting and gross, but this was heartwarming nonetheless.

The birth actually happens very quickly, and she is standing up and catches the baby as it comes out. She immediately begins to clean the baby and clear its airway. She holds the baby so gently and knows exactly what to do to make sure the baby is healthy and safe.

In the background, we can also hear the father reacting as his new baby girl begins to cry. But then the mother does the most amazing thing. She brings the baby over to the camera to show her off like she understands why there is a camera in her enclosure. Incredible.