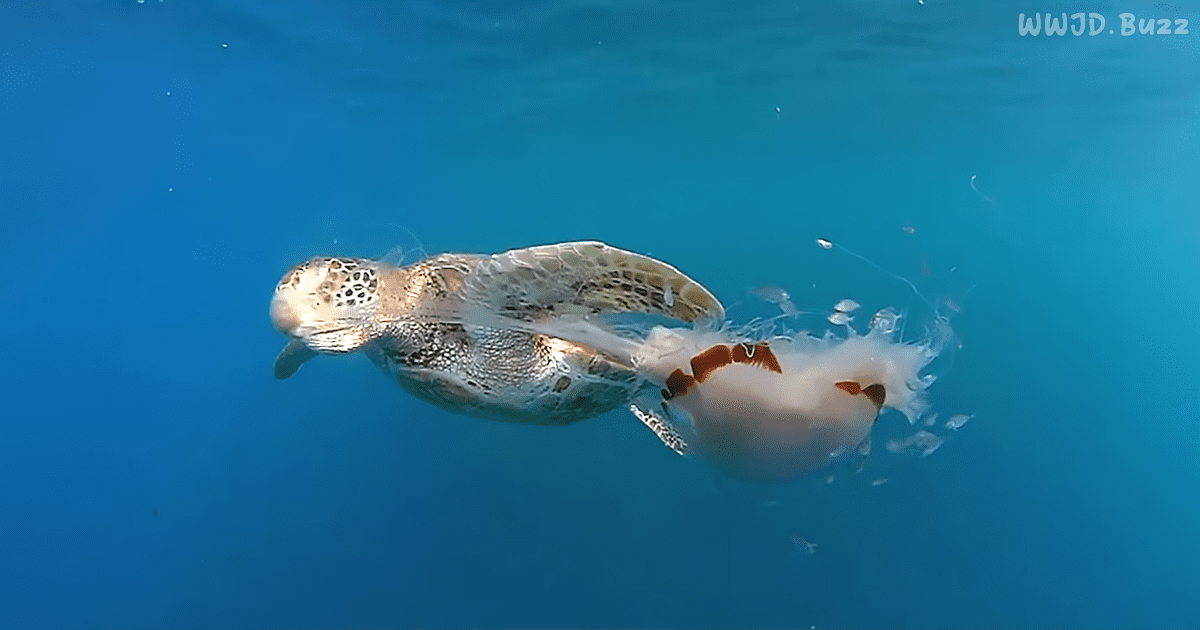 A marine biologist was lucky enough to capture this unique footage of a juvenile green sea turtle munching away at a large jellyfish. Several things make this footage quite rare and also explains the 14 million views it has received thus far.

Firstly sea turtles are predominantly herbivores, with other words, the vegetarians of nature. So seeing one eating something else than plant material is in itself unique. Secondly, jellyfish have poisonous tentacles, which one will assume to deter the turtle from eating it. Except for closing his eyes to protect them, it doesn’t seem as though it is much concerned about it and treats it more just like it is a hot dish. Probably tasting like chili- spaghetti, this must be an aquired taste, or the young turtle feels compelled by nature to have this meal.

Lastly, it is only the juvenile green sea turtle that displays this behavior. The older turtles probably have lost their taste for this unique delicacy, or does not need whatever special nutrition the juveniles are extracting from the jellyfish. The jellyfish will probably describe them rather as juvenile delinquent turtles.

The turtle’s unique method of dealing with its chili-spaghetti-jelly dish is fascinating to see. So see how Sea-Cille-Spaghetti a la carte is enjoyed fresh from the menu. 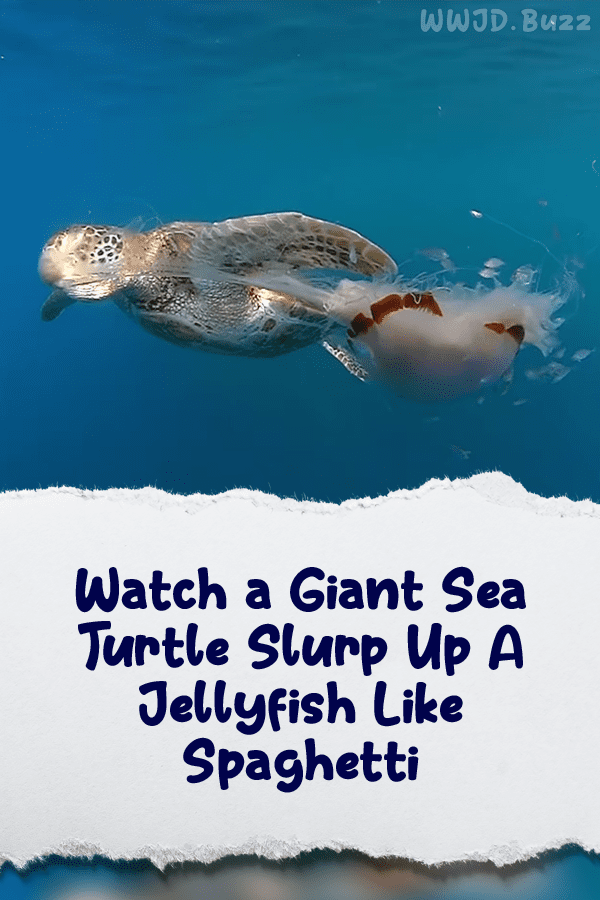