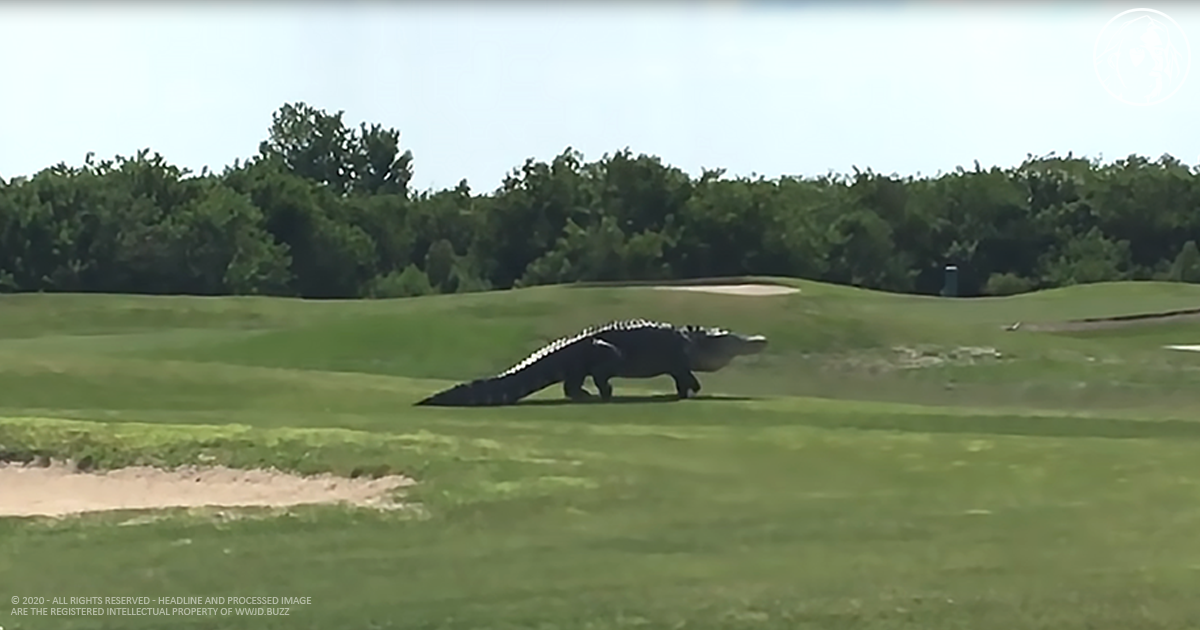 We have seen lots of weird and unbelievable videos floating around on the internet. This video here is one of them. This looks like it was taken right out of a sci-fi movie, but as it turns out, it is 100% real.

Everyone thought it was going to be a normal day at the Buffalo Creek Golf Course in Palmetto, FL, but then a massive alligator decided to drop in and shock them. This very might well be one of the biggest alligators in the world. According to one of the employees, the gator doesn’t bother anybody, and no one bothers him in return. She says he is like a mascot for the golf course.

However, golfers know not to get too close and to give the huge reptile his space. He is, after all, a wild animal. Some viewers have suspected that the clip is fake and made via CGI animation, but news sources and golfers say that the huge beast as real as they can get.

There are a lot of witnesses who state just how real he is because they have seen him while they play golf. You won’t believe the size of this guy when you see this clip.

This alligator appears to be quite used to humans and seems to know his way around the golf course, having particular sections that he likes to frequent. It is suspected that there is some food source available nearby, and that’s why he is in the area so frequently. He has never bothered anyone, taking no interest in the golfers. 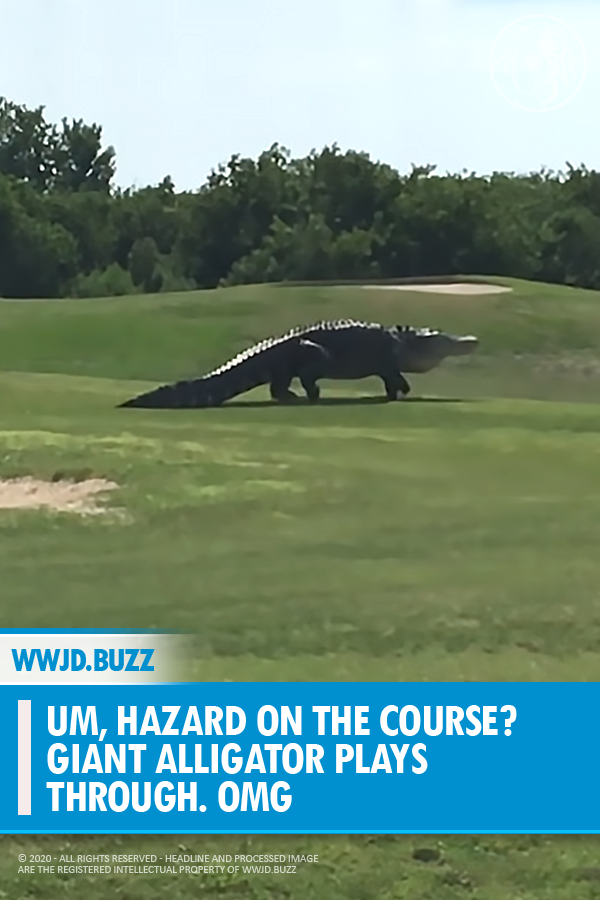