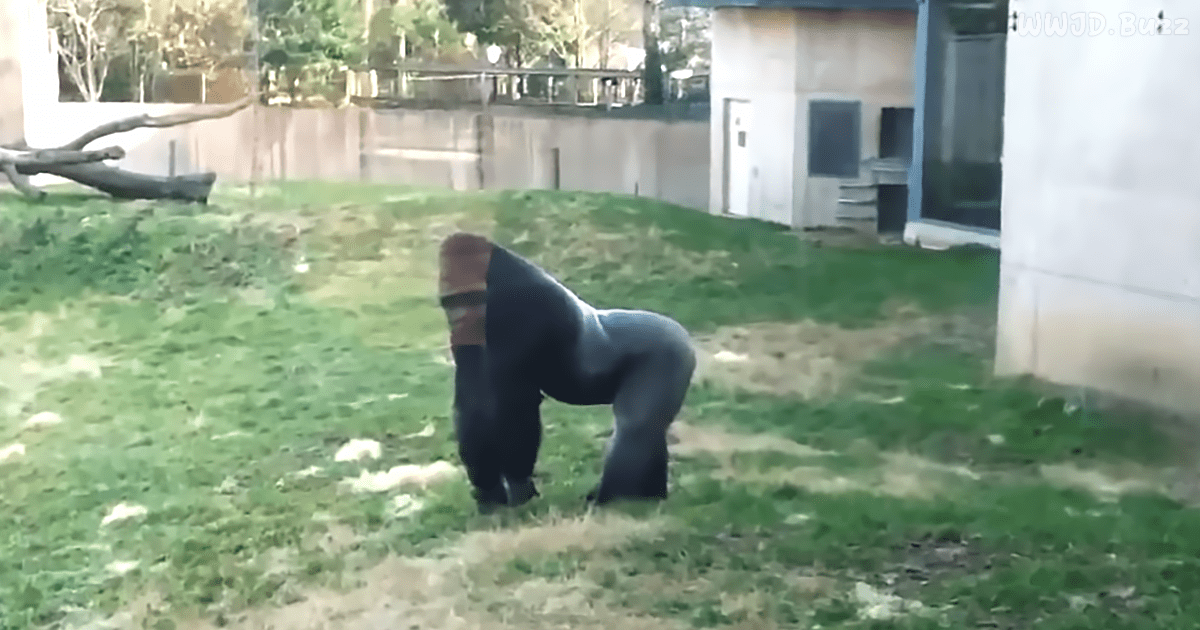 This is one of those videos that I am going to tell right at the beginning — you need to watch all the way to the end for the best part. It’s always odd when we see animals adopt different poses than we’re used to them being in. Many of us have seen videos of monkeys walking upright and other animals behaving differently (think Far Side and the cows hanging around the fence on two legs). Then there’s this video – I had to watch it several times to truly believe what I was seeing.

We see two gorillas in an enclosure at the Philadelphia Zoo. There’s thick glass between the gorillas and the spectators watching their activities. I’m not sure of the relation between the two of them – they may be brothers, cousins, or no relation at all. Both of them seem to be intent on annoying each other, though — perhaps that’s what they do when they get bored at the zoo.

The gorillas seem to be trading insults with each other in their own language. I imagine that the one that had the hay thrown at him is saying, “You keep insulting me, I’m gonna catch you and make you wish that you hadn’t opened your yap.” “Yeah, try me. You can’t catch me!” “You wish! Here I come!” That’s when the mischievous one scampers off and runs to the wall and seems to have quite the lead over the other.

Then the incredible occurs – the other gorilla, the one that’d had the hay thrown at him, suddenly bursts out of the corner, running upright like a sprinter at the other gorilla. Who knows, he might have seen the Summer Olympics on TV and wanted to imitate Usain Bolt. If so, it’s a pretty darn good imitation, since his speed is probably Olympic class. He catches up to the other gorilla, and then the two just scamper off (and I am pretty sure they are laughing).