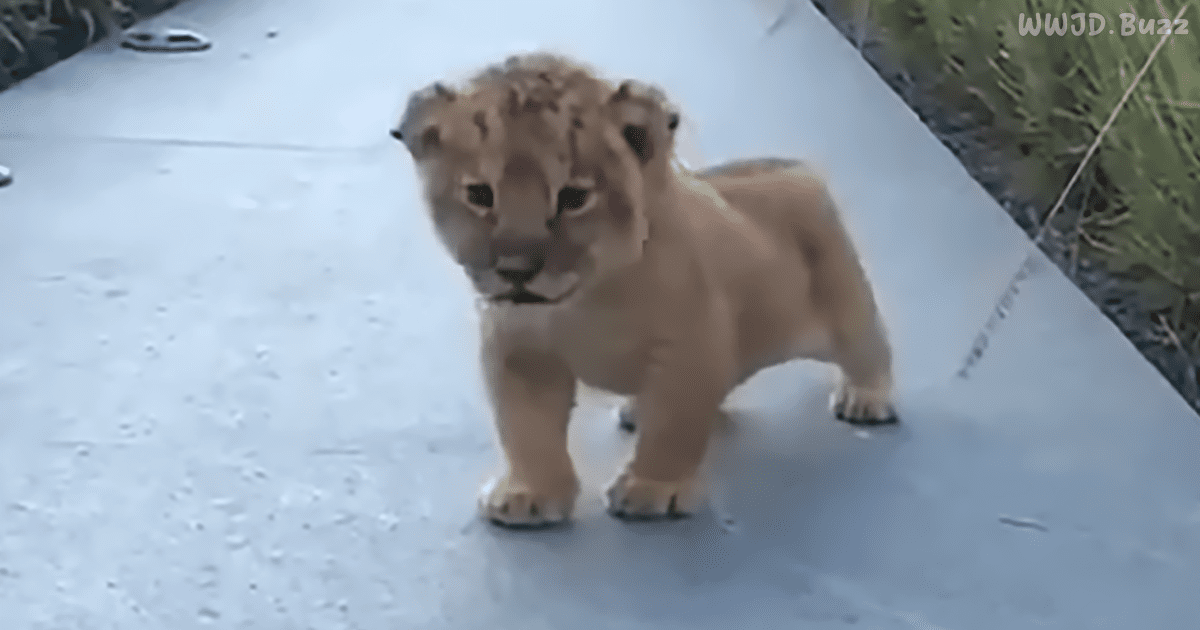 Lions are known as the kings of the jungle, though in reality, these dash-and-pounce hunters tend to prefer grasslands and deer, zebras, boar, and many other tasty animals found there. But regardless, lions are formidable apex predators that have long provoked both fear and admiration from human observers. Although they grow up to be big and tough, lion cubs are incredibly adorable.

There’s just something about baby animals. Even someone who isn’t normally a fan of our four-legged friends can be transformed into a helpless state of cooing by a kitten or puppy. One endearing aspect of baby animals (and humans) is the way they’re constantly exploring the world. There’s so much that’s new and so much to learn. There are things they can learn from mom and dad, but there’s plenty that has to come through trial and error. As you’ll see, even the error can be thoroughly endearing.

Wild animals are usually afraid of people and sad to say, they’re often right. Lion cubs aren’t born knowing this, and as you’ll see, the result can be both cute and hilarious. So just picture a little lion cub who’s exploring his new territory, perhaps imitating things he’s seen his parents do. And so he tries to chase away a cameraman and, just like dad would do, lets out a couple of roars. Except the problem is that the cub hasn’t quite mastered the whole roaring thing.

To fully appreciate this wanna-be tough guy, you need to see him in action and, above all, hear his “roars.” We’ve posted the video for you below.