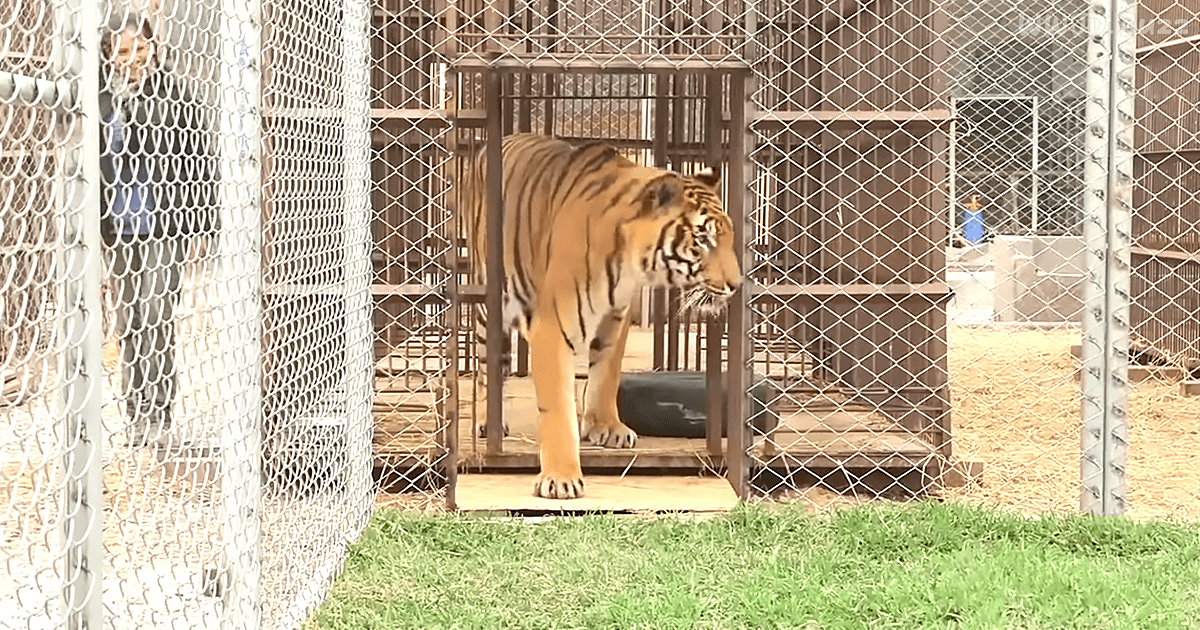 Many circus animals suffer from inhuman treatment. They are captured and traded illegally, and are also forced to perform tricks while being caged in derogatory conditions. Unfortunately, most of these animals lose their lives without getting a taste of freedom. However, some of them are lucky enough to get a second chance at life.

The tiger featured in this clip is named Hoover. He spent most years of his life locked away in a circus in Peru. He lived in a small cage and was hit with whips and sticks brutally. Thankfully, Animal Defenders International got an anonymous tip and they ended up raiding the circus and rescuing Hoover. Hoover used to be one of the 12 tigers in his group, but he is now the last one alive. After his rescue, he was taken to Big Cat Rescue in Florida, where he can wander freely as he pleases.