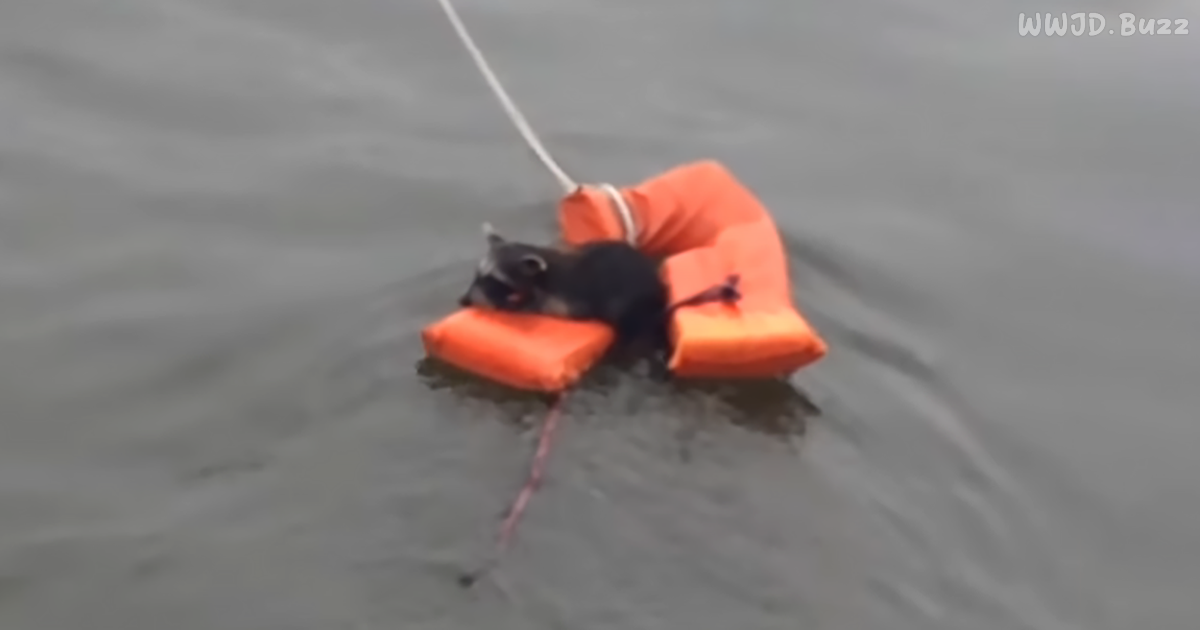 It’s great to kick back and enjoy a relaxing day on the water, especially during a holiday afternoon. However, when you’re out in the wild, anything can happen at any time, so it’s good to be able to think on your feet and respond to emergencies. That’s exactly what these boaters were prepared to do during a morning out on Swann Creek during the Fourth of July.

Ready to soak up the sun and have a great day with their friends, the crew of a small boat was expecting to spend a calm day celebrating the holiday when they were startled by a noise coming from the water. Looking around to determine the source of the cries, they discovered a baby raccoon in the midst of drowning.

The baby had gotten stranded in the deep waters and had no idea how to make it back to land, clearly in dire need of assistance. The boaters were extremely conflicted. They really wanted to help, but they were hesitant about bringing the wild animal on board. It was clear, though, that this animal could really use a hero.

Raccoons are great swimmers, with the ability to reach speeds up to 3MPH, and they’re able to stay in the water for long periods of time without fatiguing. But this raccoon had been treading water for hours, couldn’t figure out where to go, and it was obvious that he wouldn’t make it on his own much longer. The crew knew they had to step in and save the poor animal before he drowned.

The boaters came up with a brilliant plan to bring the raccoon to safety, utilizing the resources they had available to lend a helping hand. Check out the footage to see if their plan succeeded. 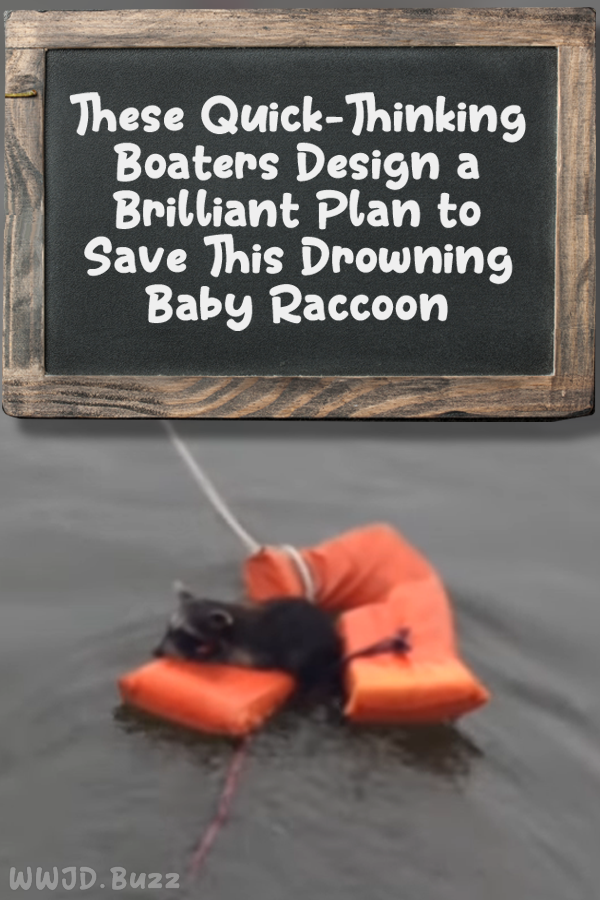