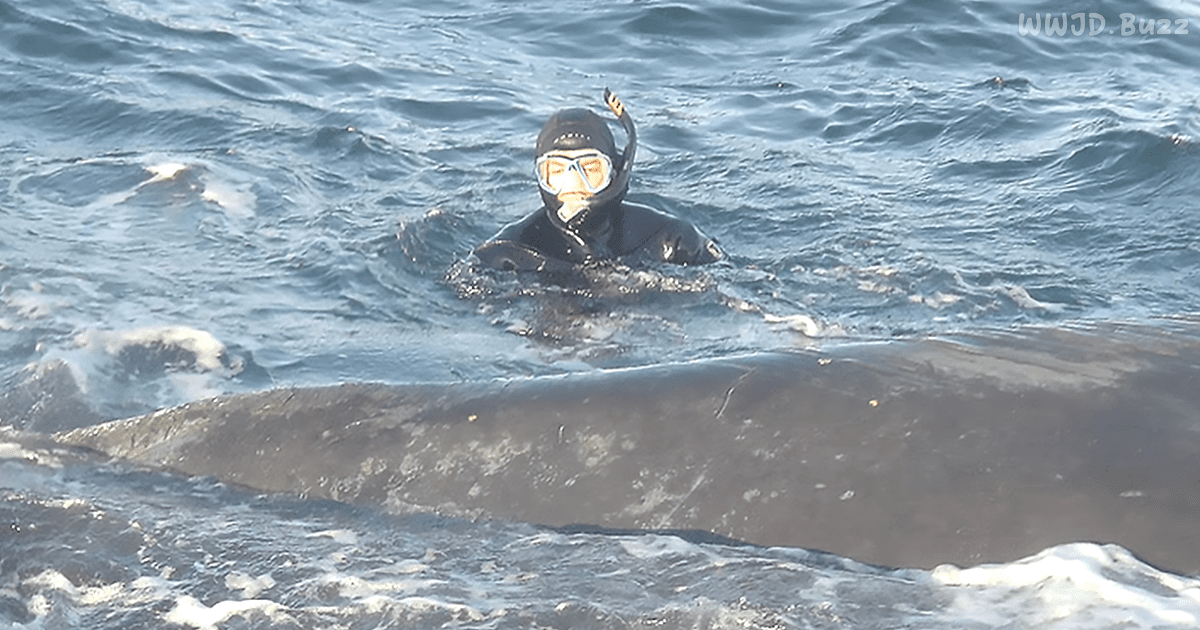 When I go out to the sea, I kind of always hope to see a whale. Unfortunately, I very rarely get the chance. These animals have marveled me for a long time. They are unique animals because they can be huge but friendly at the same time. Catching a glimpse of a surfacing humpback whale is a rare experience, but a beautiful one to behold. These giant mammals of the sea swim to the surface for air for just a couple of seconds before returning to deep waters.

A professional diver by the name of James Moskito is diving one day with a group of friends. He notices a humpback whale on the surface. Humpbacks have always been an object of his fascination, and he can’t help getting close to her. When he does, he sees something that seems wrong to him. Moskito is working off the coast of San Francisco. His group of volunteers is right there with him, and they also see something that appears out of place. They initially get very excited because of the rare sighting. This excitement quickly turns to anxiety. “I remember it like it was just a few minutes ago,” Moskito recalls.

Humpback whales don’t go the surface that often. They usually surface to the water for a moment or two before returning to the deep sea. This one is spending too much time on the surface for some reason — Moskito thinks something is wrong and that the animal might be in danger. “The whale came up on a breath, came up, put its eye above the surface and looked at me, I could tell it was looking at me, and it just stayed there,” James says. James swims out to the whale. He puts his hand on its eye and tells her, “I’m here to help you; I’m not going to hurt you.”

Moskito is sure there is something wrong by now but has no idea what it is. He swims around the whale to see if he can detect the source of the problem. He does not see anything the first time around her, but when he goes around her for a second time, he is stunned at what he discovers. His surprise turns to anxiety while he wonders how the animal can still be alive.

He finds a 3,000 lb anchor stuck to the whale. It’s wrapped around the whale’s tail and body. He knows what he needs to do. He must try everything he can to free this whale. A good part of the rope has gone into the blubber a few inches deep. He can sense that the whale needs help and was desperately trying to find someone to help her. She has a look in her eye of sadness and exhaustion; she is almost ready to give up. He continues working on the anchor, but nothing seems to be helping him. He can’t free the whale; then he gets an idea.

Moskito and the whale were lucky to have come across each other, and this is a video you have to watch to the end. What a beautiful story of human kindness to a creature of the sea. 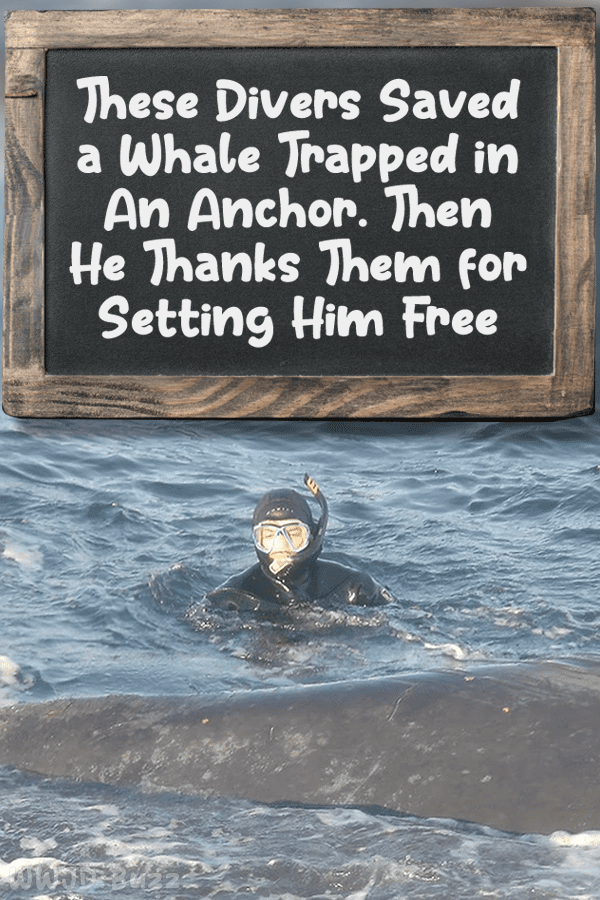