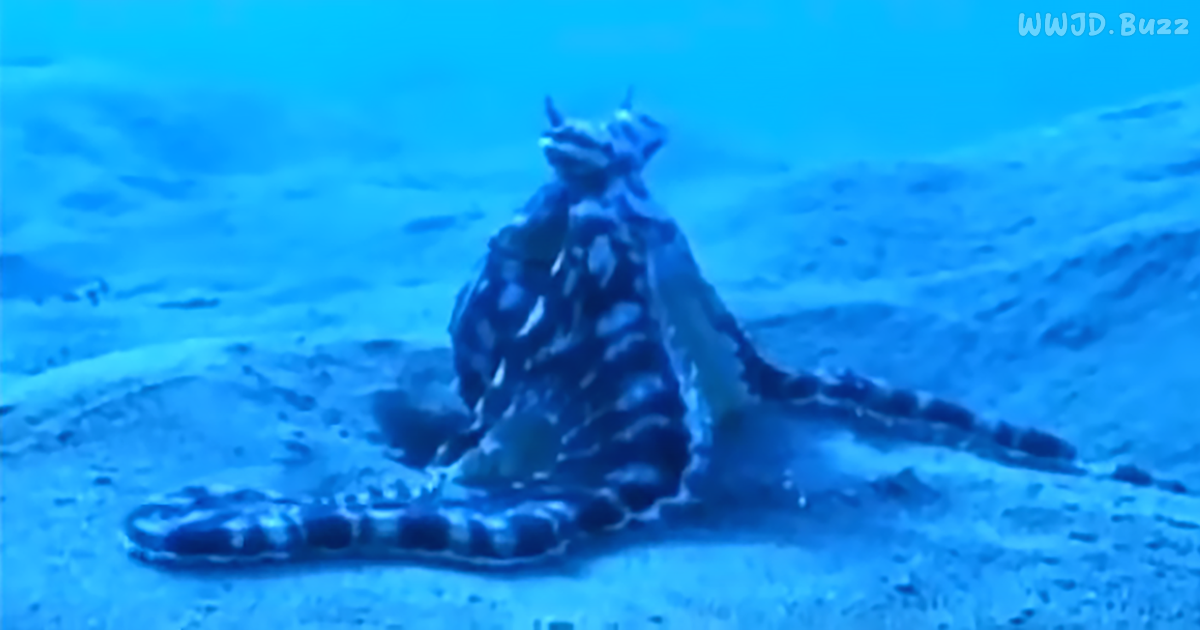 There are so many species and creatures of the sea of which science has no knowledge. Some have been seen and only ever observed in their natural habitat, not in labs or artificial environments. It is a common occurrence to hear about a new creature from the deep depths of the ocean that has recently been sighted.

The creature in our video today isn’t exactly a new creature. This fascinating octopus was first documented and seen by some fishermen off the coast of Indonesia in the 1990s. They were astounded as they watched this sea creature morph into another animal shape, right before their eyes.

Since then, Mark Norman, Ph.D., has studied this amazing animal. Norman is the senior curator for Museum Victoria in Australia and shares some enthralling information on this shape-shifting octopus in the video.

This would have to be one of the most extraordinary octopus I have ever seen. There is intelligence displayed through the morphing. It can imitate any living, moving animal it encounters. There are even creatures it has morphed into that can’t be determined what they are! Weird.

This octopus can detect danger and morph itself to appear to be a poisonous sea snake in one scene, and another poisonous, spiky creature. It seems it’s abilities are limitless. What a spectacular creature from the deep blue sea, indeed.