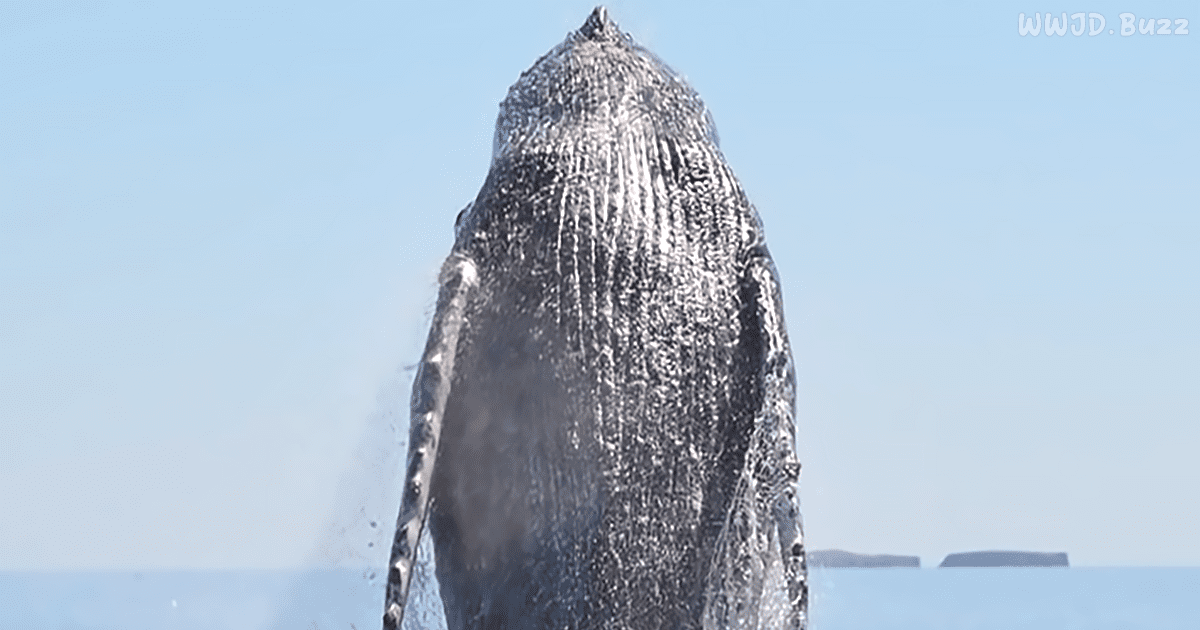 The sea is a beautiful place, but you never know what you might end up encountering next. Michael Fishback was out boating on the Sea of Cortez when he noticed a lifeless form floating next to him. Upon closer inspection, he found out that it was a whale. It wasn’t moving, and he wanted to find out why.

The poor humpback whale was entangled in some fishing net, and his condition was not looking so good. Thankfully, Michael decided to help the sea creature out. Before the situation got worse, he jumped in the water, went fearlessly near the whale, and did something unimaginable.

Upon investigating the situation, he found the net had pinned both fins to the whale’s side, and his tail was weighted down a full 15 feet below the water. The whale could barely stay near the surface to exhale. He and his boat mates managed to free one pectoral fin with only a small knife. It took hours to free the other one, and little by little, they made progress. The whale sensed they were helping her, and she waited patiently.

What heroes these guys are. They managed to pull all of the nets onto their boat so that it would not harm any other sea creatures. Without even thinking about the risks to his own life, he managed to save the whale. Watch till the very end. The whale’s reaction to being freed is amazing, to say the least!