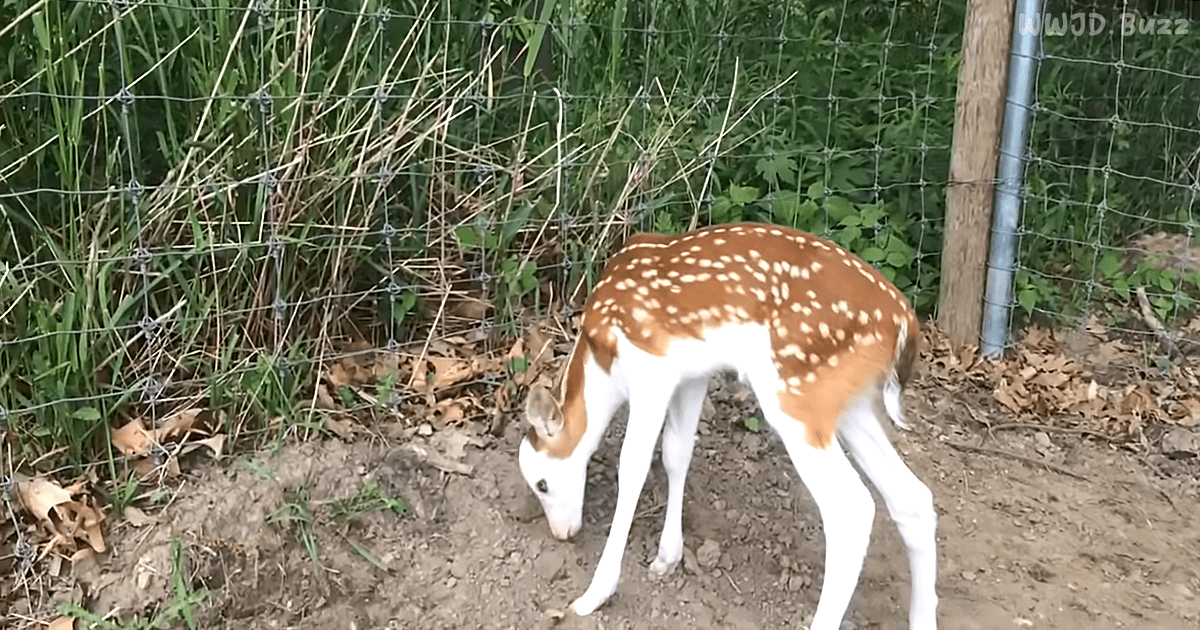 This little white-faced fawn was rejected at birth by his mother. Fortunately, the fawn was found by a farmer, who took him in. He now lives in a protected sanctuary at Deer Tracks Junction with a half-dozen other deer that also were rejected or abandoned for various reasons.

The farmer dubbed him Dragon and started him on a four-times-a-day feeding cycle. We have two videos for you where you can see Dragon at home and as the guest star on a morning news show, where the farmer, named Kelly, was talking about how he found the little guy.

Dragon lives on the man’s 100-acre farm, where people can visit and pet him. Some might want him to go back to the wild, but this looks like an extraordinary circumstance exemption. His white face makes him stand out in the wild to predators. That’s why he’s perfectly happy and safe living on the farm.

I’m glad that the farmer found Dragon. He deserved a second chance at life. Hopefully, he will adjust well to life on the farm. He was still quite young in the TV segment, but he should be fine as he gets older and bigger. He’s got a good support network behind him. Kelly might have also had a windfall land in his lap if he gets a lot of visitors. Everyone benefits. That’s one lucky fawn.

I wish this video was 30 minutes long. He’s that cute. What did you think? Leave a comment for us below and share Dragon’s videos with a friend.

Watch more below. Learn more about this little fawn named “Dragon” and good folks behind his rescue. There’s no denying that Dragon is a cutie. The cameraman on that news program couldn’t get enough of him, cutting to him every three seconds, it seemed!