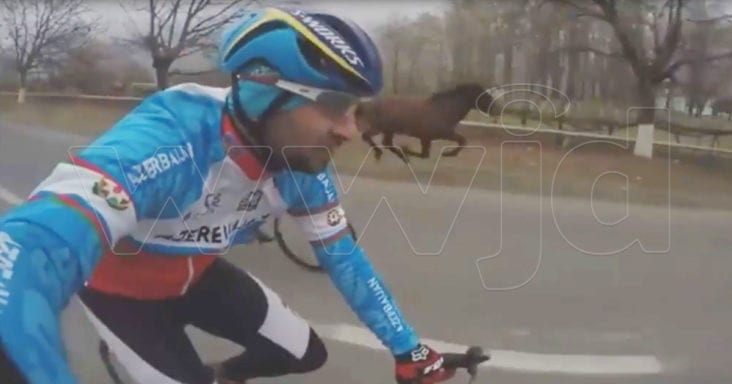 Horses are friendly creatures who love spending time with people. While most of the time, they’re being ridden in a pasture, this animal and human interaction came about much more naturally.

Sports enthusiasts participate in biking tours all around the world every year. During these races, cyclists are set to travel along with a specific map that’s usually filled with some incredible views.

While he was biking on the side of the road, one of the athletes in the racing tour had his camera filming when he spotted something peculiar. On the other side of the street, a majestic brown horse came out of nowhere.

As if he was on two wheels himself, the horse galloped along with the bicyclists as they continued their tour. It was an unbelievable sight that felt like something out of a movie. We’d like to think these men won’t be forgetting this moment anytime soon.