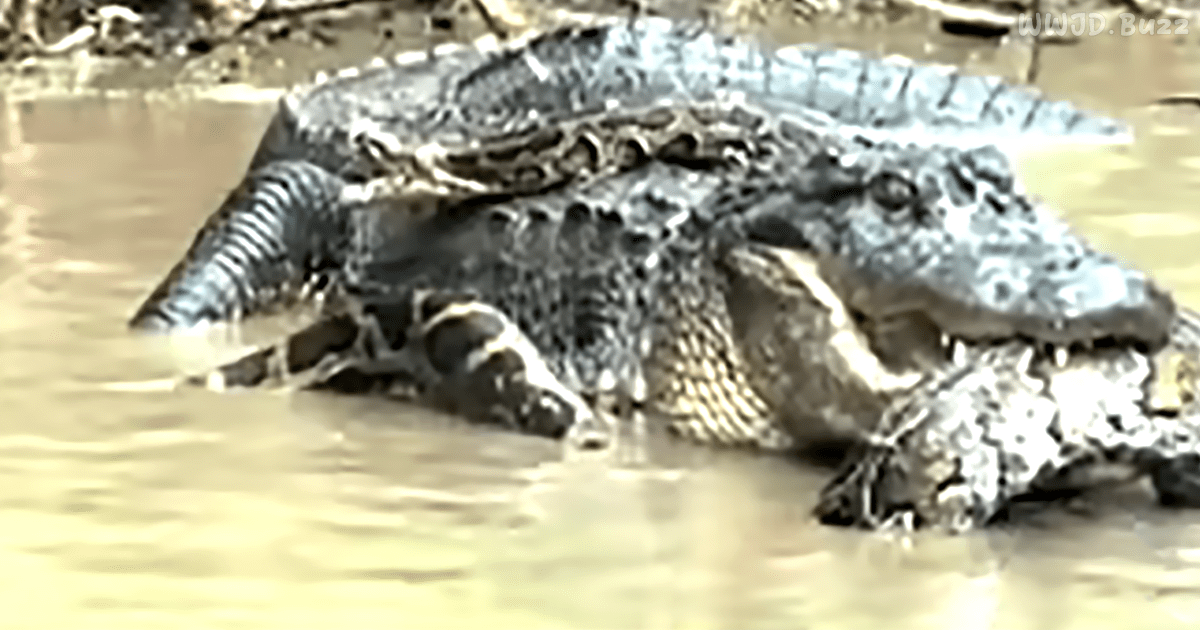 This footage was filmed by Heiko Kiera aka Ojatro near the Everglades in 2009. The python in the video below approaches the alligator for reasons only he knows. Soon the two face off against each other.

Alligators are much bigger than pythons, but this didn’t stop the fierce snake. He attacked the reptile and the alligator bit down on his body with a jaw-force exceeding 2000 lbs per square inch. The python didn’t give up though.

A fully grown Burmese Python can reach over twenty feet in lengths and becomes an extremely dangerous prey item for most crocodilians including the American Alligator. However, after an all-out brawl, both of them went their own way.

Watch this intense encounter in the video just below.