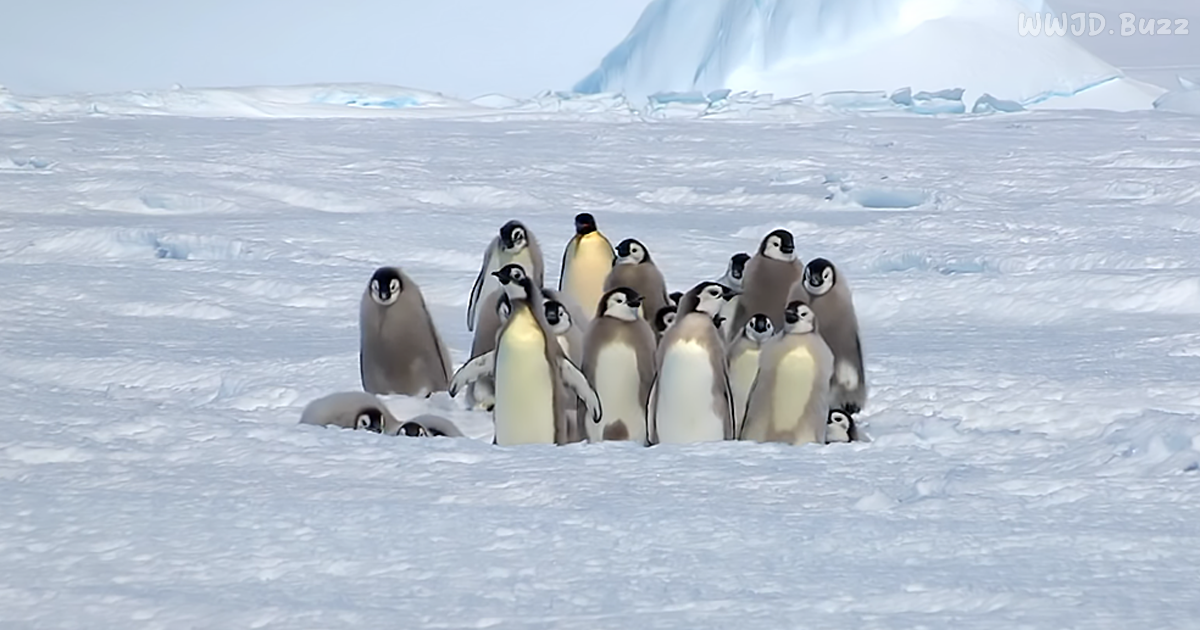 Wildlife often can make us go “Wow, nature; you are very scary!”. That is how this clip is taken from the BBC documentary “Spy in the Snow” makes us feel.

At the beginning of the video segment, we get to see a group penguins walking together as a unit through the snow. They are merely minding their business, happily chirping here and there. That will soon not be the case anymore.

From a distance, another gigantic bird seems to be eyeing the group. Soon enough, they are interrupted by a giant petrel, one of their natural predators, as one of the penguins slips and falls on the snow…

That is when the giant petrel begins to attack the fallen penguin. All of the penguins are fearing for their lives as their chirping changes tone and frequency.

Instantly, the entire group begins to form a defensive circle and start preparing to take a stand for their ground. The fallen penguin has enough time to gather himself and stand up again.

In the act of defiance towards his attacker, the alpha penguin towers himself to full height to protect those behind him and to disturb the attacker’s plan. At the same time, his courage buys him and his group members a little bit of time.

That little bit of time serves to be quite useful for the group of penguins, as another bird comes to their rescue; an adélie. The adélie has no issue putting himself between his friends and the predator in order to protect them and to chase him away.

We can now safely take a breath of fresh air after witnessing that whole encounter! The lives of all the penguins are saved from the giant petrel. All thanks to their savior, the adélie, that arrived like a knight in shining armor to tip the scale in their favor.