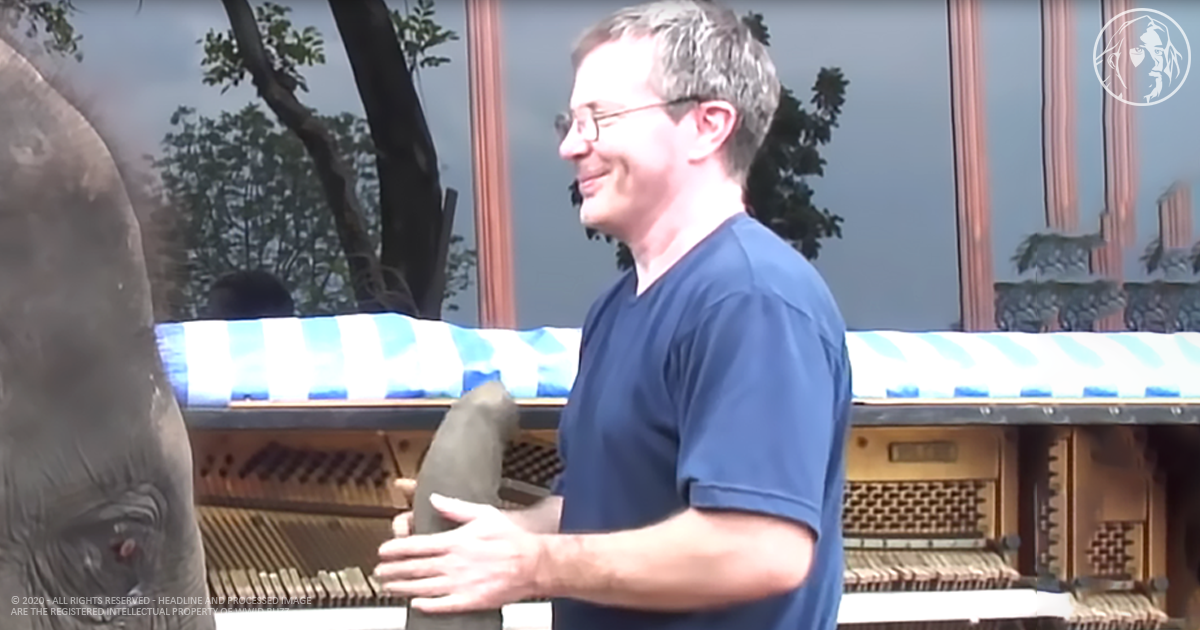 We’ve seen them do amazing things before, but we just can’t get tired of elephants being adorable. There’s something so majestic about them, probably due to their high levels of intelligence and emotionality. And you may not know it, but they can be great fans of music as well.

In the clip embedded below, we see Paul Barton back at it with another amazing piano performance alongside one of his greatest friends, an elephant. Their story will move you in many different ways.

After a great flood, an old but well preserved upright piano was underwater for many months before being able to be resurfaced by his owner. He was very attached to it, and after hearing from music experts that it would probably not be repairable or played again, he was heartbroken.

That’s where Paul came into play. He took it as his mission to make the piano work again, and after many hours of intense work, he achieved it. It might not have the prettiest sound now, but after a few more repairs, it should get back in shape in no time.

The cute elephant in the video seems to approve it already. A salvaged piano, that had been played by a princess no less, still sounds delightful to this sweet elephant. Paul is just fantastic to have achieved this, and you can see how happy he is that his elephant buddy likes it also.