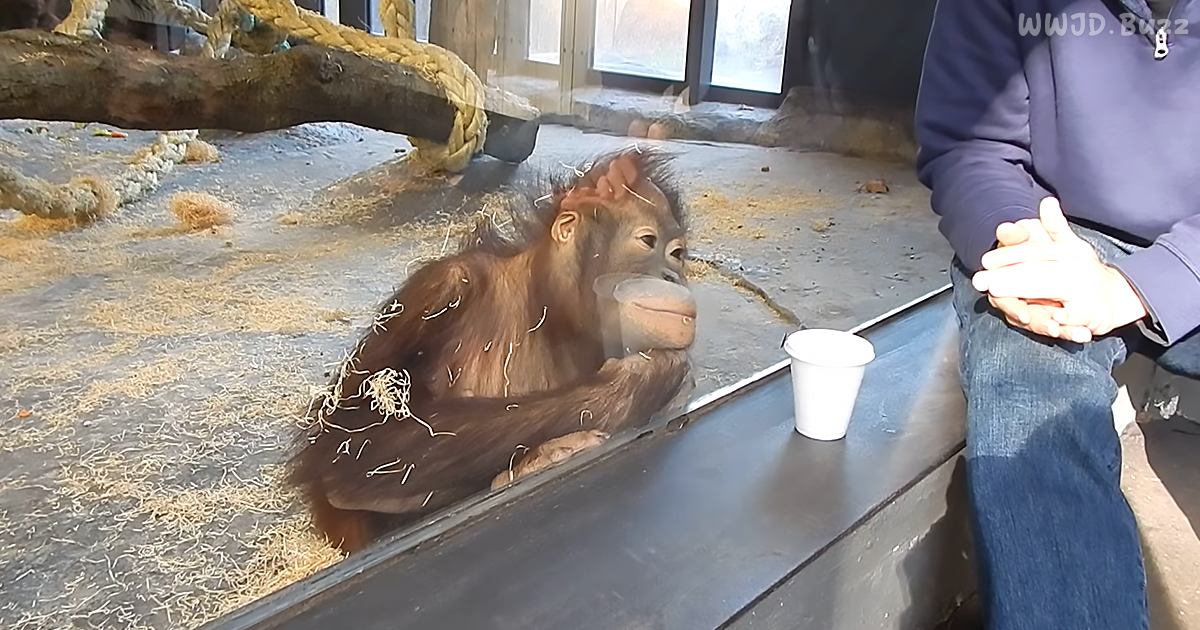 Everybody loves watching magic tricks. And it seems even primates are pretty appreciative of it. Just take a look at this adorable little orangutan in the video below. This cute animal from the Barcelona Zoo is intently watching a man perform a sleight of hand. And his reaction? This is the most adorable thing I have ever seen in my life.

The orangutan is in his enclosure at the zoo, but the front of the enclosure is all glass and has a small space where people can sit. The magician is sitting here with his cup at the ready. In the beginning, the man shows him an empty cup and then places what appears to be an unripe chestnut inside it. He puts the lid on it and shakes it.

When the orangutan realizes that the chestnut has vanished, he falls on the floor with laughter. The look on his face is truly precious. He scoops up some hay with his feet and starts tossing it around, and then he comes up for another look, only to find the chestnut has returned to the cup!