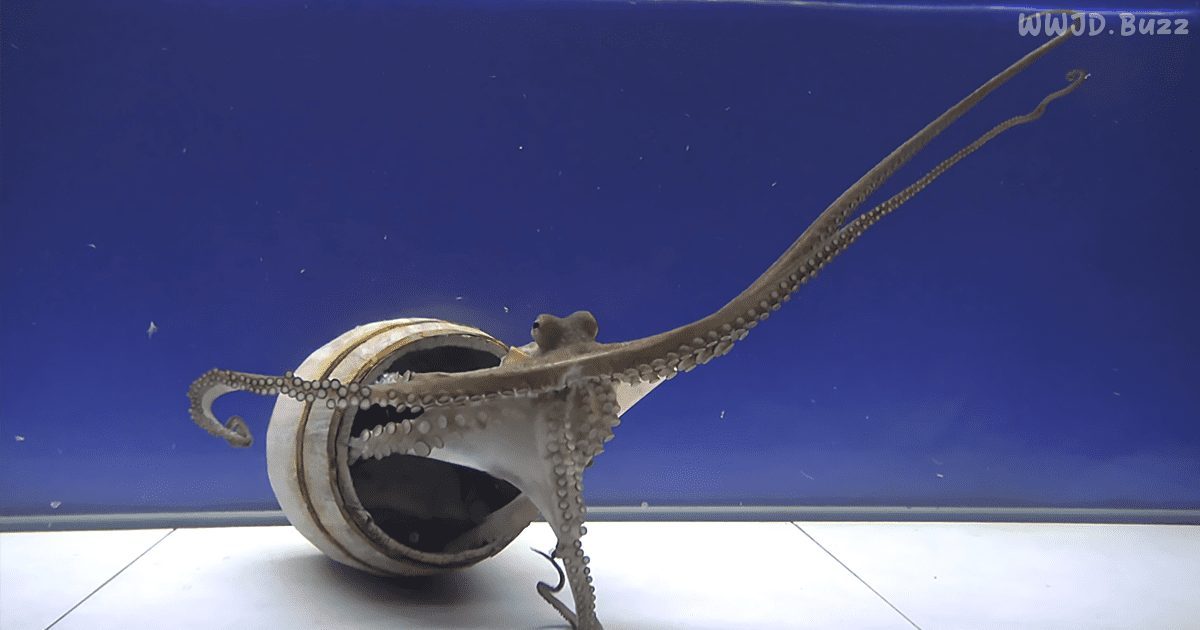 When a rescued octopus leaves his favorite barrel, scientists fill it with obstacles to see how he reacts. What he does next was a complete surprise.

Poor Arnold loves his barrel. But when he steps away from his favorite hidey-hole for a couple of minutes, his rescuers at Octolab fill it with blocks to see what he does.

We were completely surprised at Arnold’s reaction. First, he tried to enter his barrel and turned purple with anger when he found it stuffed full of blocks. Then he threw a tantrum, stealing the cover off the water filter in the corner. Even when the keepers try to take it away from him, he steals it back.

Next, he pulls all the tiles from the bottom of the tank and tries to put them in his barrel. It appears that since the scientists messed with his barrel, he’s going to mess with their stuff.

It’s an extraordinary fit of temper from a sea creature, and something you’d most likely expect from a toddler. Watching Arnold pulling all the items into his barrel and creating a little fort, occasionally turning purple with rage, reminds us of our time in the sandbox in preschool.