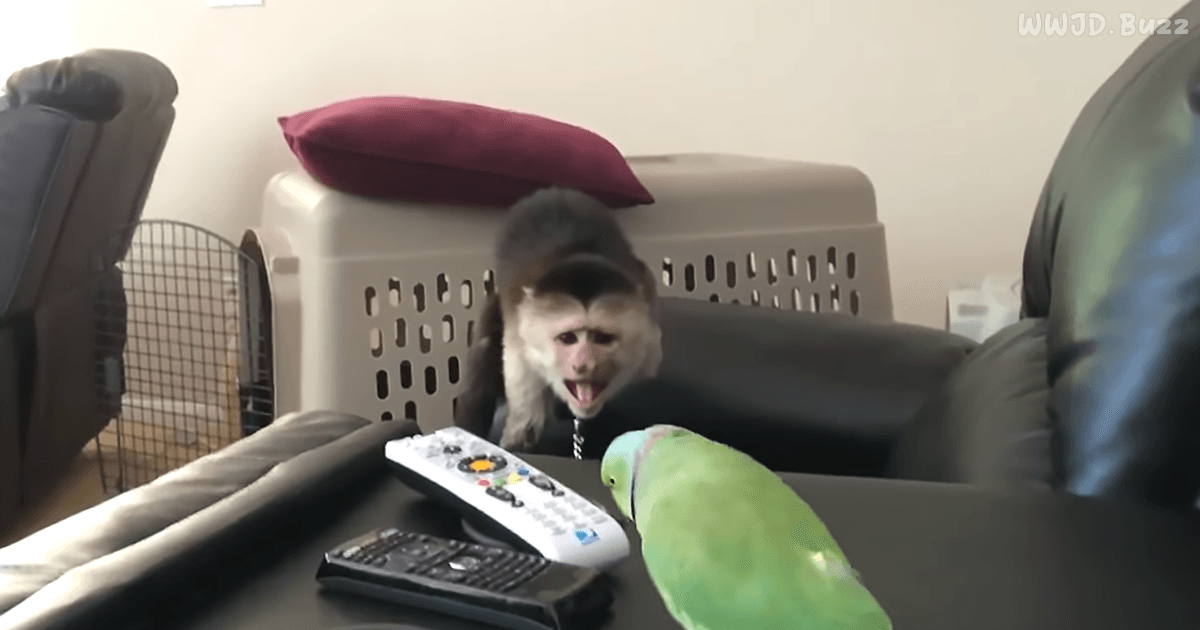 I can’t imagine what it would be like to be another animal and see something new for the first time. Their brains are much more primitive than ours, so trying to process something like this has to be an incredible experience for them. Take this video of a monkey meeting a bird for the first time, for example.

The participants in the video are a capuchin monkey named Max and an Indian Ringneck Parakeet named Coco. Max is fascinated by the sounds that Coco is making, and he keeps leaping from his perch on a crate (this is just an anchor point for the video, not something that he lives in) to a recliner to get a closer look.

Max is very curious here. For the people that think he’s cruelly treated here, the video uploader explains that he was a rescue from even worse conditions, and he’s come a long way, even enjoying time with people. He’s never going to be able to go out into the wild, due to the way that he was treated before. That’s why he has the diaper on, and the chain is not a choker-type.

The comments section was filled with outraged people who were upset that Max and Coco were even close to each other. Even the woman that uploaded the original video admitted that this was a one-time incident. It went well at that time but had Max even grabbed Coco for a split second, it could have been disastrous.

Max is now in a new home with a vet technician, and they are best friends. It’s easy for people to jump on the internet and start giving uninformed opinions without knowing what the people who upload the videos know. 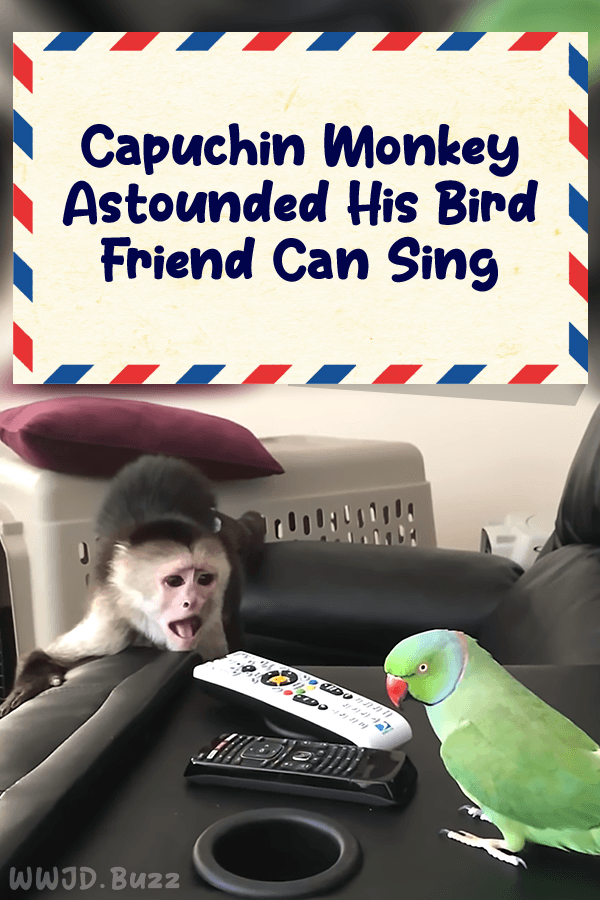