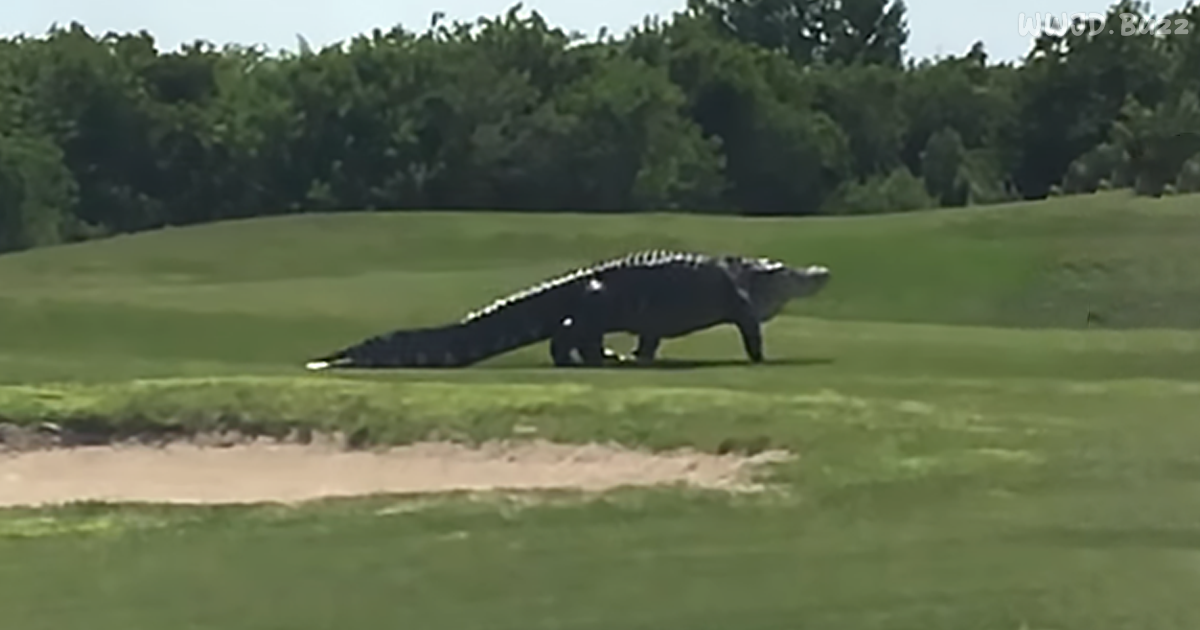 We have seen lots of weird and unbelievable videos floating around on the internet. This video here is one of them. This looks like it was taken right out of a sci-fi movie, but as it turns out, it is 100% real. Everyone thought it was going to be a normal day at the Buffalo Creek Golf Course in Palmetto, FL, but then a massive alligator decided to drop in and shock them.

This very might well be one of the biggest alligators in the world. According to one of the employees, the gator doesn’t bother anybody and no one bothers him in return. She says he is like a mascot for the golf course. Some viewers have suspected that the clip is fake and made via CGI animation, but news sources and golfers say that the huge beast as real as they can get.