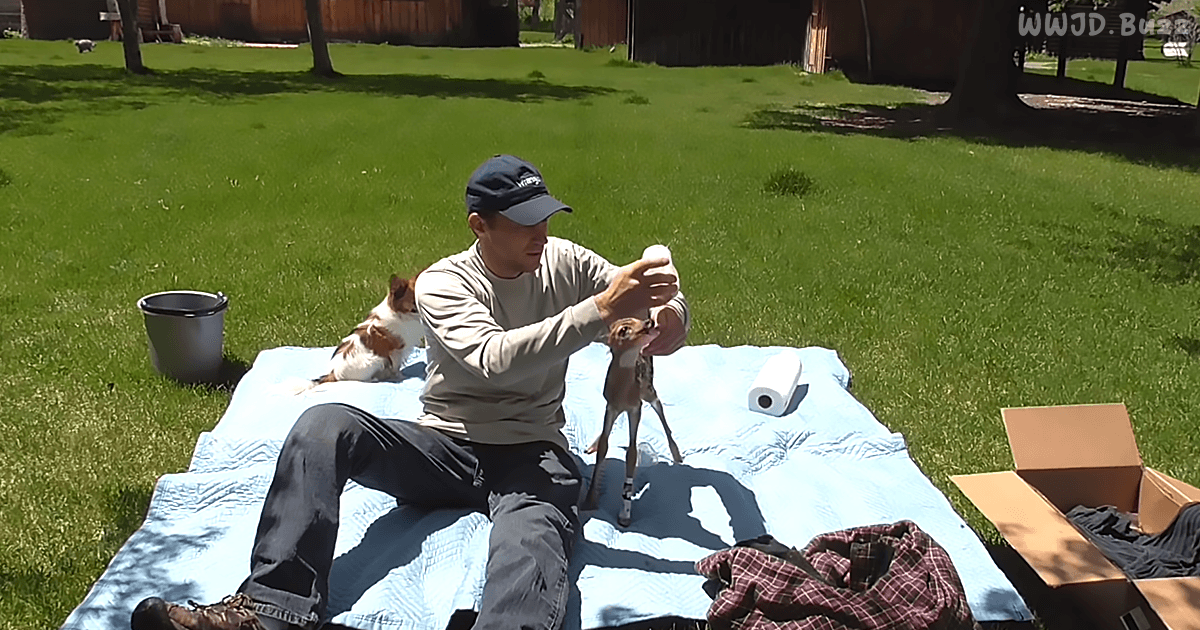 When Darius was out enjoying the sun one spring morning, he noticed a doe giving birth to two whitetail baby fawns in his backyard. He saw that one of the babies had an injured leg, and she struggled to keep up with her family as they walked away. The poor thing was abandoned on Darius’ property. Unfortunately, it is not uncommon for a mother deer to abandon a fawn that is injured or unhealthy.

Darius knew that the fawn would not survive on its own, so he decided to nurse her back to health himself. He says, “I do not support keeping wild animals as pets, but this was a special situation.” The fawn was helpless and would surely die if he didn’t step in to help. And he never intended to keep the deer as a pet. He planned to nurse it back to health and set it free.

After the fawn recovered, Darius tried his hardest to reunite her with her mother. It took several tries because the deer was quite attached to him and his other pets. With a little help from some friends, the little fawn finally makes her way back to her mother.

The tiny deer’s journey with Darius and his family is a heartwarming one. Since the posting of this video, this story has gone viral. Many people have praised Darius for doing what he did, and he truly deserves all those compliments.