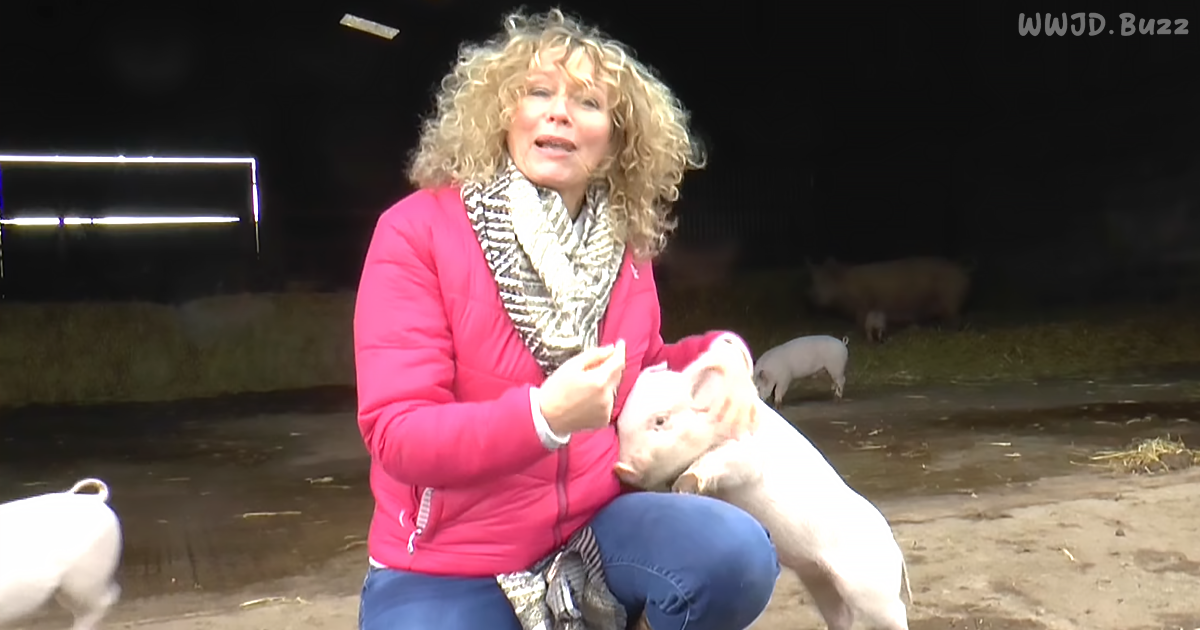 The Viva! and Dean Farm Animal Sanctuary is a British organization that promotes animal welfare and vegan eating. They invented the “vegan roadshow,” a way to spread their message that people should adopt diets free of animal products. They’ve gone undercover to expose the unsavory conditions at factory farms.

Viva! and Dean also operate a sanctuary for rescued farm animals. A mother pig named Hope Apple Blossom and her six piglets were rescued by Viva! and Dean, saved from a factory farm where they faced certain slaughter. One thing the people who rescued them really looked forward to was seeing how the pig and her piglets would react to being allowed outdoors for the first time in their lives.

They loved it! As Juliet Galletley, the sanctuary’s founder, explained, “This is the moment we’ve been waiting for. Little piglets and mama are outside! Yaaay! Just came straight out, exploring everything. She’s such a good mum. She calls for them and they run straight back to her then they come out, running around having a jolly good time. It’s just my dream come true.”

The day was gray and windy with rain threatening — normal weather for Wales, in other words. But this didn’t discourage Hope Apple Blossom and her piglets. The joyful pigs demolished all stereotypes of porcine laziness and ran around frolicking all over. They had a wonderful time rooting around in the dirt and meeting other farm animals while they explored this little piece of Welsh countryside.

We’ve posted a video about these delightful rescue pigs. It’s just amazing how much they’re enjoying the simple act of going out for some exercise and fresh air.