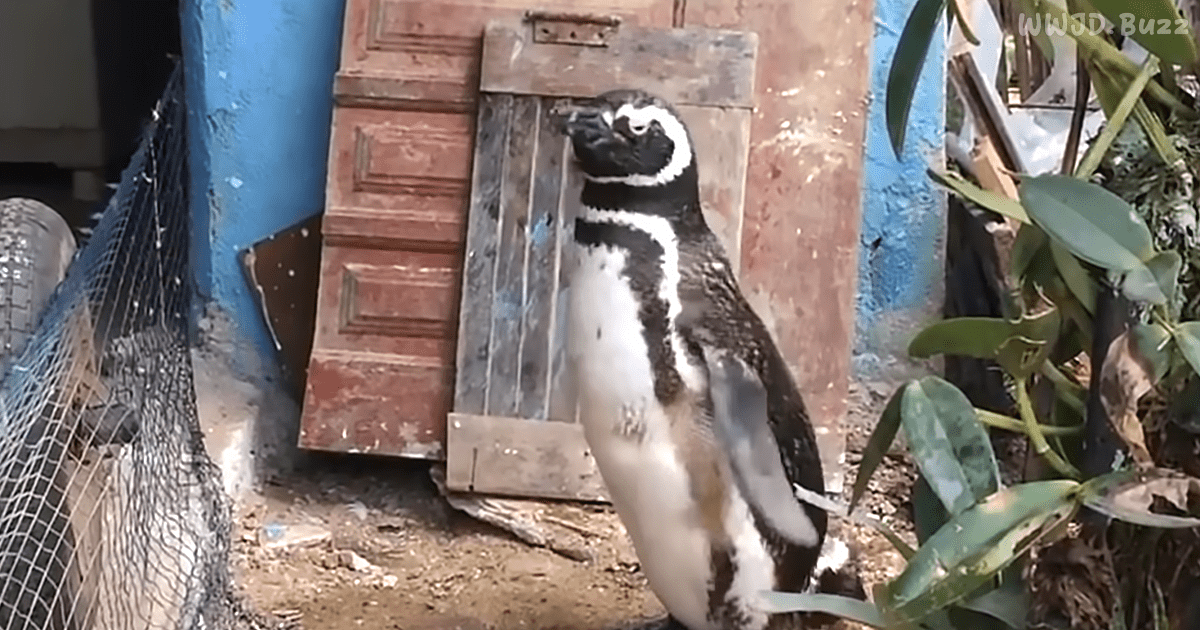 Loving penguin Jinjing has attached itself to the fisherman who saved his life. Each year he travels up to 5000 miles to visit Joao, possibly believing the fisherman, too, is a penguin just like him.

Joao is a part-time fisherman, and he and this penguin have formed a special bond. He loves this penguin like it is his own child. Every year Jinjing the penguin comes to visit Joao, staying with him from June until February.

“Joao found the tiny penguin,” says the video description, “at his local beach lying on rocks, it was covered in oil, could barely move and was close to death. Joao cleaned the oil off the penguin’s feathers and fed him a daily diet of fish to build his strength. He named the penguin Jin Jing. Every year the Penguin leaves to the breeding grounds and then returns to Joao.” 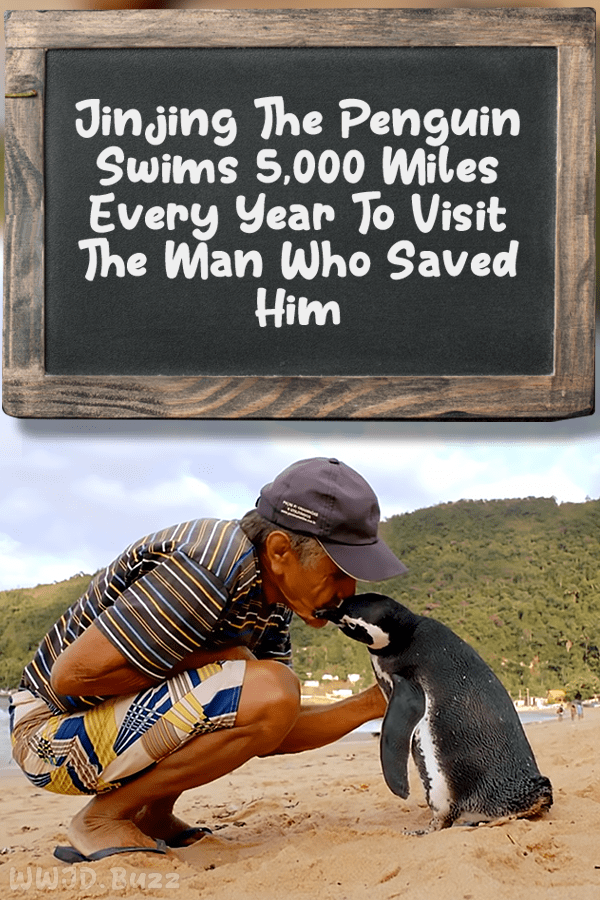