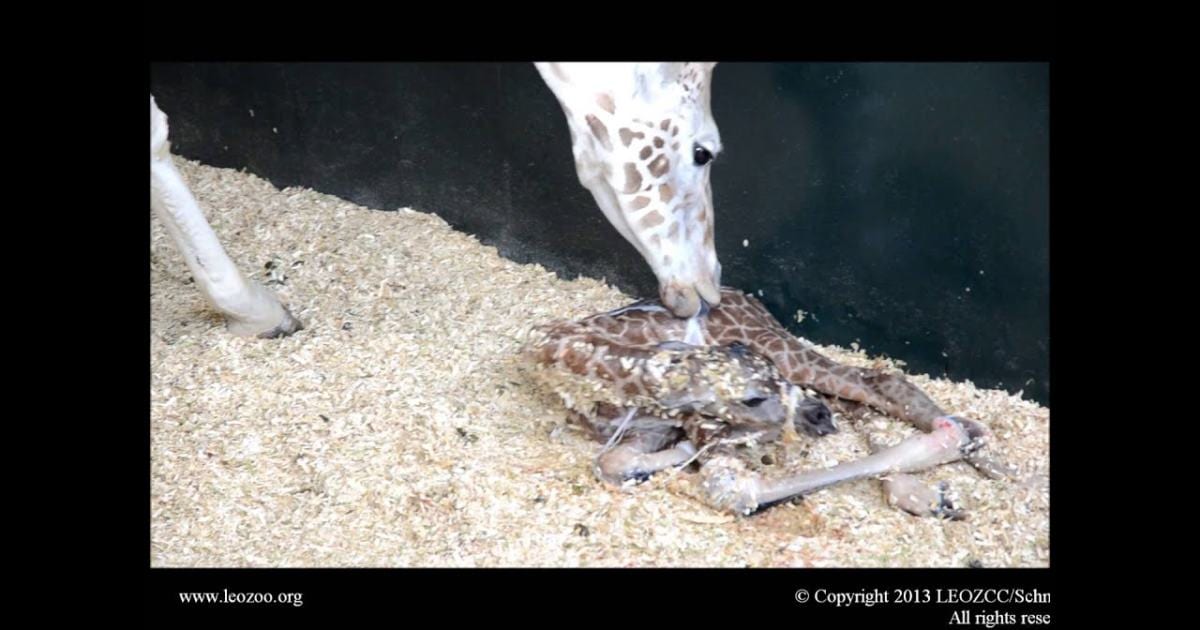 Giraffe moms carry their little ones in their womb for almost 15 months, and they give birth while standing up. And the video below features one of these miraculous giraffe births. A rare Rothschild Giraffe was delivered at LEO Zoological Conservation Center in 2013. The center is a conversation society in Connecticut, and thankfully, the keepers were there to capture it all on camera for us.

The giraffe mama is called Petal. She went into labor, and in the video, we can already see the baby coming out. In a few minutes, the head emerges and dangles from the mother’s body. But according to experts, the hard fall on the ground is what “wakes” the baby up. Petal then starts cleaning the little girl. But the most shocking thing was when the tiny baby started taking her first steps – all in a matter of a few minutes. Rothschild Giraffes are an endangered subspecies; only 1500 of them are left in the wild.