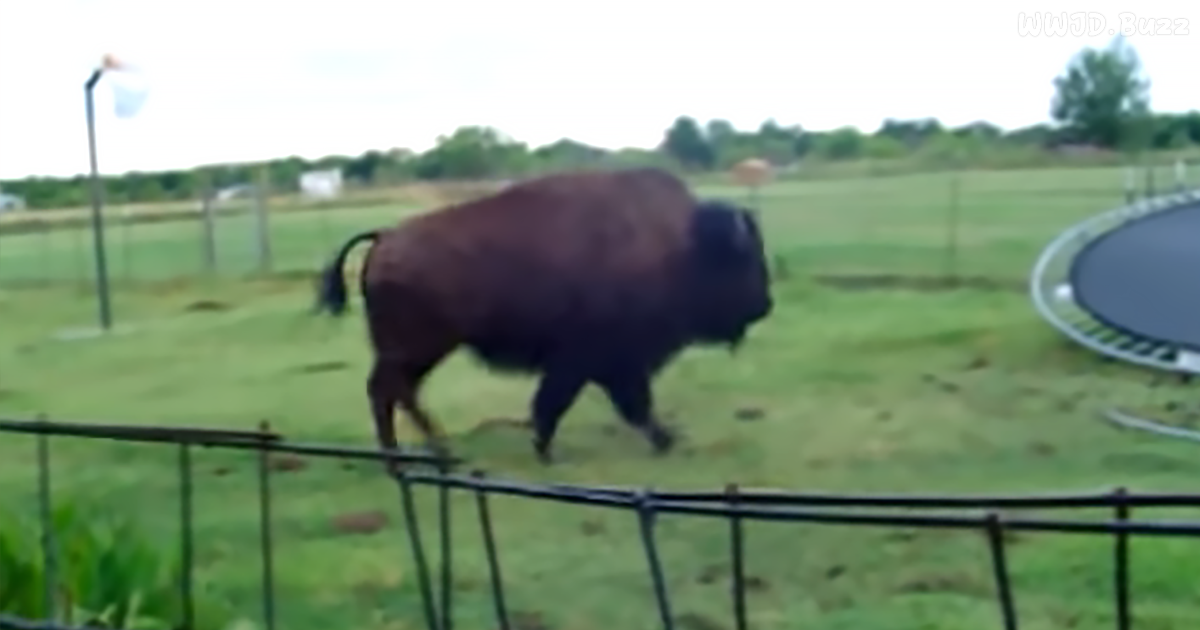 For most of us, when we think about getting a pet, we usually consider the normal options, dogs, cats, maybe a fish or bird; normally, we don’t think of animals that weigh nearly two thousand pounds, but apparently, some people do. This featured video was shot by the family that has a pet buffalo. Yes, that’s correct, a pet buffalo.

This guy, Wild-thing is his name, is only four years old in this video, and he is nearly a ton already. When he was outside in his yard, he saw the family’s trampoline and just couldn’t resist. You see him go up to it, and he is clearly investigating it to see if it’s something that he wants to play with.

Initially failing his attempt to climb on, Wild-thing apparently likes a challenge. Not to be defeated by this inanimate object, Wild-thing manages to do some clever maneuvering so he can attempt another climb. As it turns out, this attempt was also lacking, and poor Wild-thing toppled onto his face, much to the delight of his human family. He wasn’t hurt, of course, just off-balance.

His family says that Wild-thing is a super friendly buffalo and loves to play with other animals, especially baby animals. I guess you could say that this big guy just doesn’t realize how big he is, that’s what makes him so special to everyone around him.