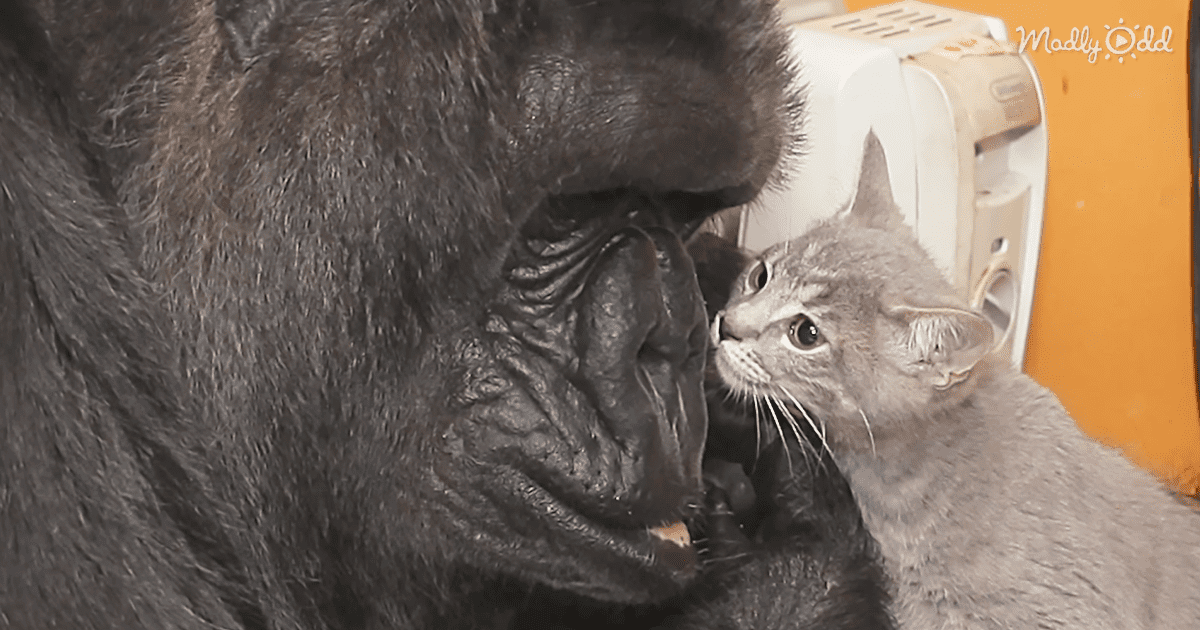 Koko is no doubt one of the most famous animals on the planet. This revered gorilla made interspecies communication a possible reality by learning many sign languages. Koko wanted to bring up a child of her own sometime back.

That’s when The Gorilla Foundation gave her a kitten so that she could raise it. She named him All Ball. Unfortunately, he passed away when he got hit by a car. The poor gorilla could do nothing except grieve for him for days. There are clips of Koko with All Ball on the internet, and they are really special.

Koko turned 44 in 2015 on the 4th of July. As her gift, she was given a box full of kittens. Her reaction when she sees them in the box brought me to tears. This gorilla wants to be a mother so badly. Koko fell in love with a little grey one, and a little black one fell in love with her. She played with all of the kittens, but the intention was not for her to keep all of them. She understood.

Koko has adopted the grey and black kittens into her family. According to her foundation, her maternal and play instincts kicked in immediately. She plays with them and takes care of them and keeps them safe. I don’t know if they are allowed to roam freely like her last kitten, but I do know they are loved and well cared for.