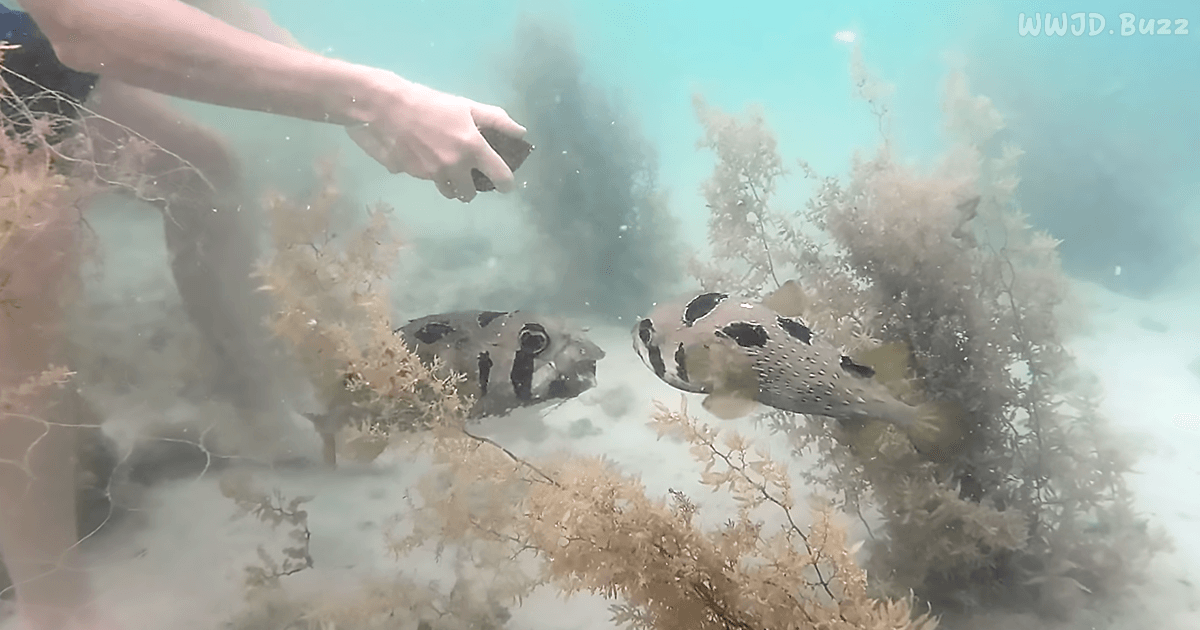 There is still so much we don’t know and don’t understand about life under the water. And with most of our planet being underwater, that means there’s a whole lot left to learn.

One thing we’re beginning to realize about marine life is that they are far more advanced than we’ve often given them credit for. Not only are fish capable of feeling, but they can also display a level of faithfulness that many of us could aspire to.

One lucky snorkeler got the chance to see this kind of dedication firsthand. He happened upon a pair of pufferfish while exploring the waters of Thailand’s Chaloklum Bay. One of the fish had been trapped in a fishing net caught in the sand. Instead of swimming away and leaving his friend behind, the other fish swam patiently near the net.

Happily, the snorkeler was a volunteer from the conservation group Core Sea, so he knew what to do. He had no other tools handy but was resourceful enough to use a piece of broken glass to cut through the net.

Soon, these two friends were reunited in their freedom. Rid of any plastic from the net, they rejoined and swam happily into the vast mystery that is the sea.