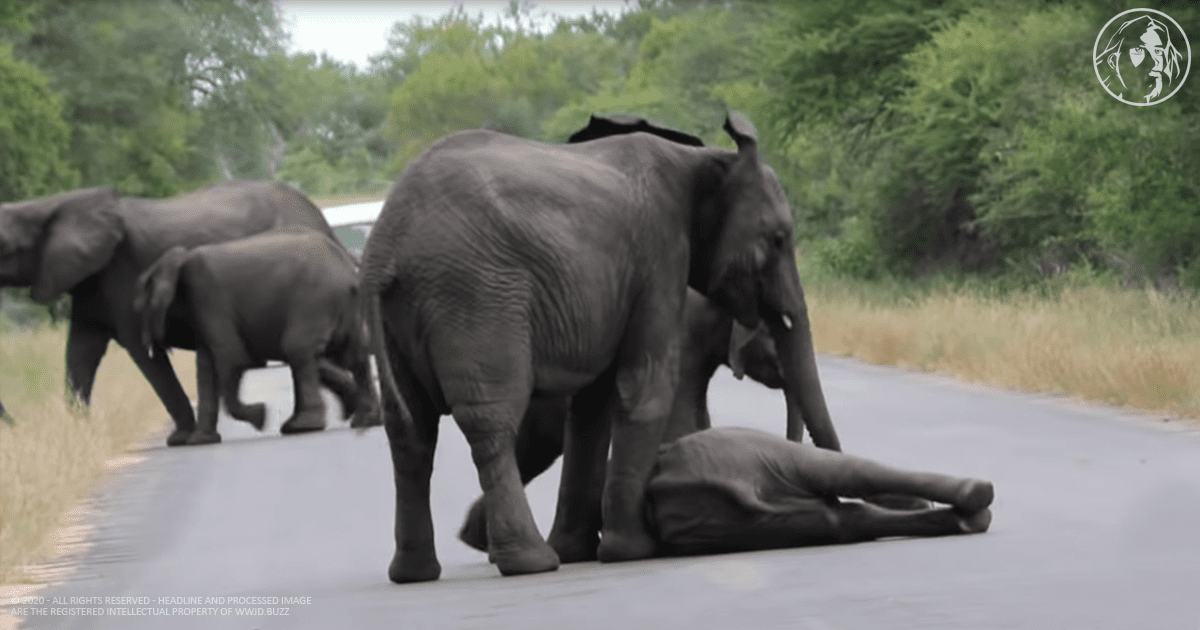 Kruger National Park in South Africa is one of the largest game reserves in the world. It is the home of almost 150 different species of animals, one of them being an elephant. It might not feel like a big deal when you come across an elephant while you are there because the population of elephants in this reserve can go from 7000 to 11,000. But events like the one shown in the video below are usually a rare occurrence.

An elephant calf can be seen trying to cross the road. But all of a sudden he stopped and collapsed on the asphalt, but it is not clear to anyone why he collapsed. He lies motionless, but what happened in a little while is beautiful and proof of how much elephants care for the others in their herd.

This herd was nearby and seeing him immobile, they immediately came to his aid. They surrounded the little guy protecting him from the vehicles and humans on the road. Of course, no one went near him with so many elephants nearby.

His mother and other members of the herd nudge and push until he can use his mother to brace himself to stand up. It takes a bit of time, but he is finally able to stand. When he finally gets up to his feet, they happily go to their way, and he looks as if nothing was wrong.

Maybe he was tired, maybe he was playing a prank, but hopefully, there is nothing wrong with the little guy. What an unusual experience these people were able to witness. Can you imagine the opportunity for being late to work and saying ‘well, sir, I had to wait for the elephants to cross the road?’