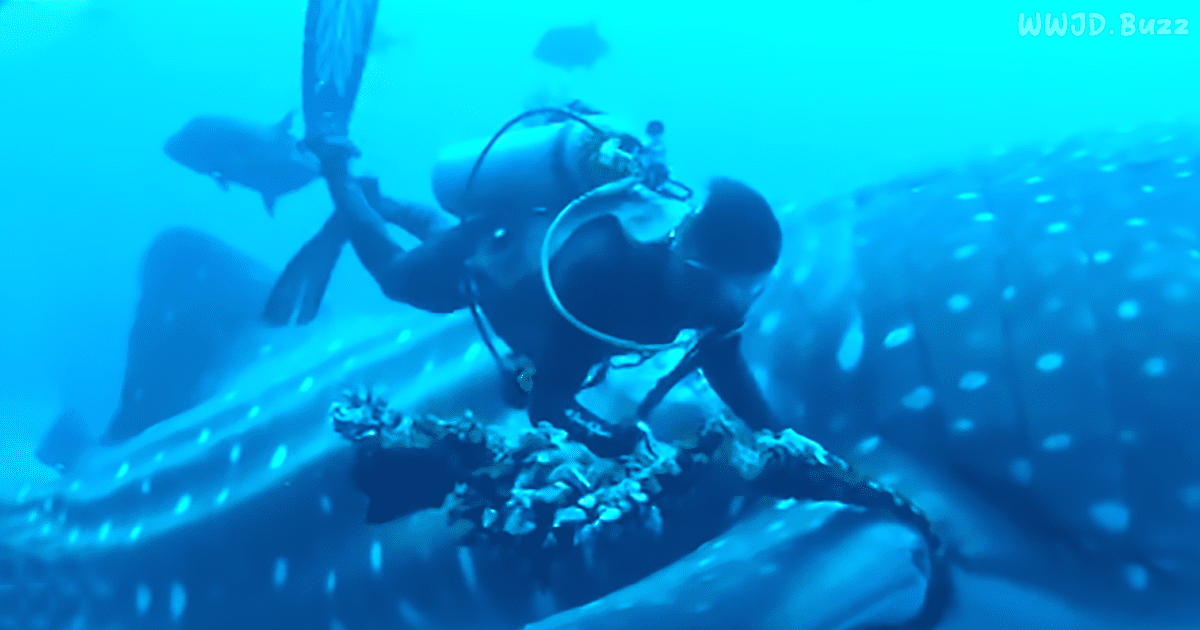 Animal encounters in the wilderness can be a frightening thing. There is a stigma of that fear intensified when encountering a wild creature from the sea, however. The sheer size of some sea creatures is beyond our imagination. Fear is also natural because we can’t see what is beneath us, at least not clearly, and can be surprised by something enormous swimming up to us.

You’d probably be scared to death if you ever saw a whale shark while swimming. For those who are familiar with the whale shark, they know there is nothing to fear. Even though they have the name “shark” as part of their identity and can grow to be 40 feet or longer, they are very docile fish and definitely not dangerous to humans. But they are huge – can you imagine swimming along and then there is a massive shark?

Whale sharks are very friendly animals. There have been cases where they even let humans hitch a ride on their back. The following video features a group of divers who became a little curious when they saw the massive fish. This huge fish was rubbing their hand as they were diving aboard the Solmar V at Roca Partida. This is near Socorro Island, which is located about 250 miles south of Baja, Mexico.

When they saw this, they decided to take a closer look. It was then that they realized the whale shark was in trouble. “During the first dive of the morning, we came upon a mature whale shark in some amount of distress due to a large rope cinched around its girth,” Noel Hall writes in his YouTube video caption. “It must have been there for some time, as the rope was encrusted with barnacles, and was cutting deeply into the flesh of the shark.”

To tell you more is to take away from the story itself. This is something that needs to be seen to be believed. 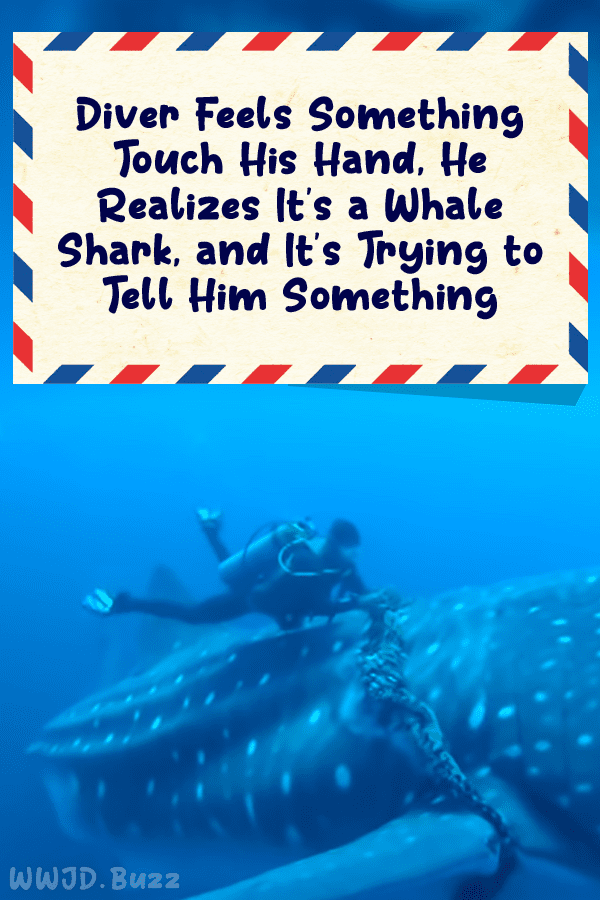