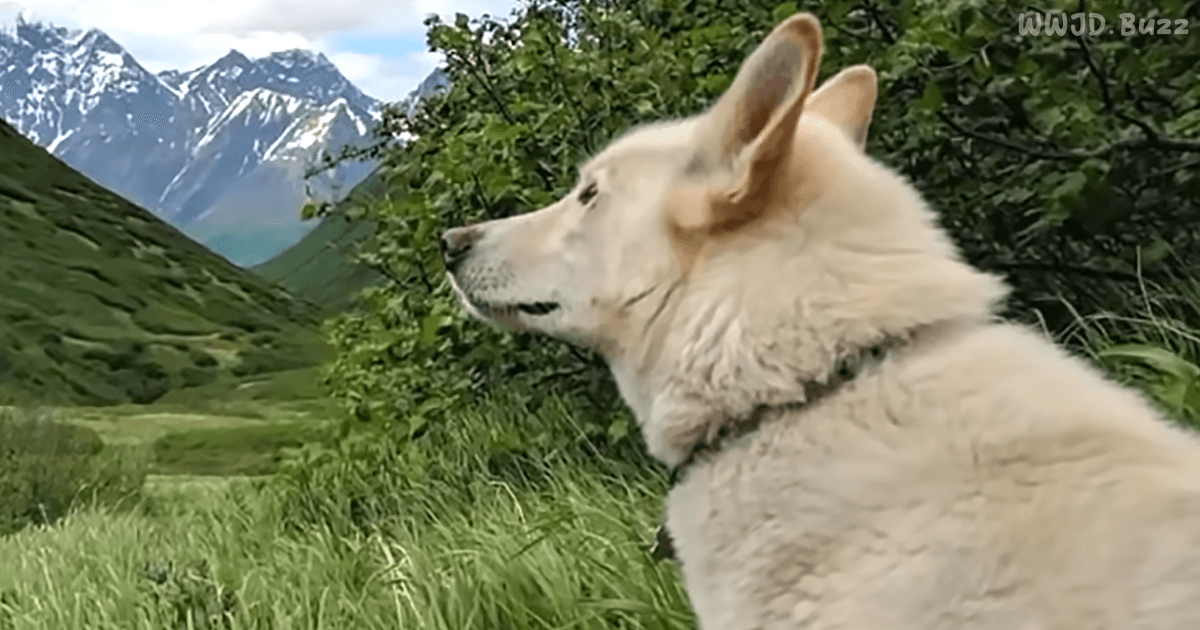 Amelia Milling is an avid hiker, loving nothing more than to explore new places. She never let her deafness diminish her freedom to strike out on her own. However, the courageous young woman recently took on a trek that could almost have proved fatal if it weren’t for timely assistance coming from an unlikely quarter.

She set off to hike the Crows Pass trail in Chugach State Park, Alaska, however, 4 miles down the track one of her trekking poles snapped and she lost her balance. Amelia fell about 700 feet down a snow-covered mountainside, seriously injuring a leg on a large boulder half-way down.

With her injured leg, Amelia was in a bad way. And to her horror, she spied several wolves approaching her. Was there a pack nearby? She could barely walk and knew she couldn’t escape if attacked by wolves.

To her immense relief, as the “white wolf” came closer, Amelia spied a collar and tag. It was just a white husky and obviously domesticated. She hoped the dog was on the trail with its owner, but she soon realized it was alone. What she didn’t realize was that Nanook was, in fact, a trail-dog, trained to guide lost hikers back to the trail.

The dog never left Amelia’s side as they camped out overnight and she stayed with Amelia as the hiker struggled to crawl to safety. It was Nanook’s devoted companionship that gave Amelia the strength to fight on. Amazingly, when Amelia battled to cross a river with her injured leg and was being pulled under by the strong current, the heroic husky grabbed her backpack and pulled her to safety.

Freezing and in a bad way, she ultimately activated her spot GPS device which has an SOS button, to summon assistance. Her rescuers were amazed by the remarkable dedication and courage exhibited by the husky dog.

After her recovery, a grateful Amelia went back to thank her rescue dog. She rewarded her heroine with something they both enjoyed, a jerky treat. Amelia learned from her owners that Nanook had also rescued a small girl in difficulties with the strong current in that same river.

If you were heartened by Amelia’s remarkable rescue by the heroic husky, please share their video with your friends. 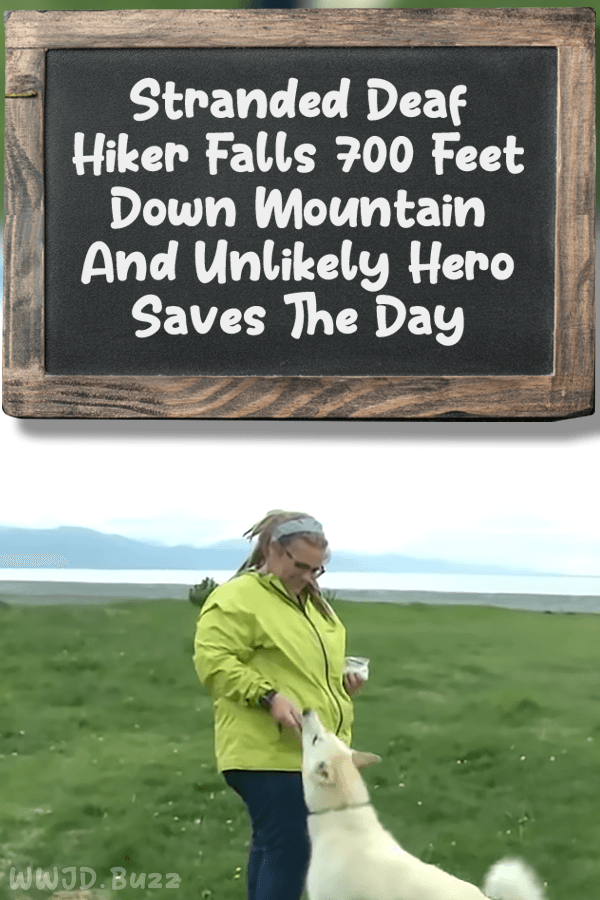