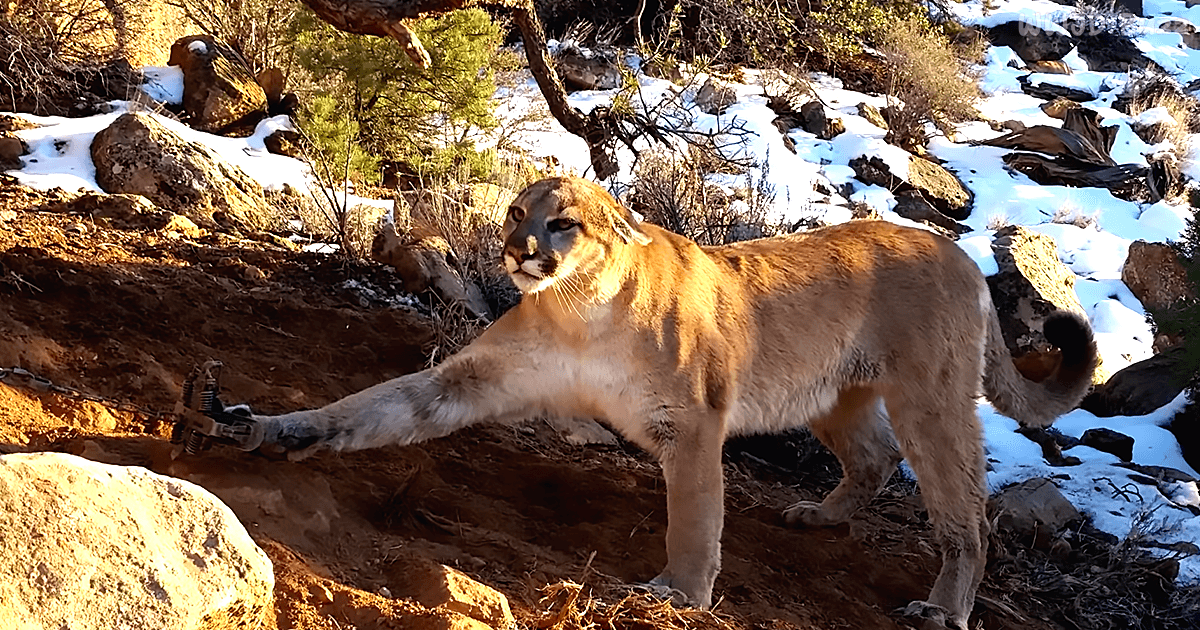 When Utah conservation officers heard about a cougar caught in a trap, they immediately stepped in to help. It was no doubt going to be a very dangerous mission, but they decided to free the animal no matter what. This rescue is spectacular, but it will also make your heart skip a beat. Animal rescue officers often have to put their lives at risk to save wide animals, and they deserve all the respect in the world.

The cougar’s front right paw was caught in a trap, and he was helplessly stuck on the top of a mountain. As a trapped animal, it made him easy prey for predators, although he’s still pretty tough stuff as you will see when these two guys try to restrain him. The officers try to help him out, but the guy just hisses and growls at them. He could have done a lot of harm if he was freely roaming around.

But these officers didn’t let the danger of their job discourage them. They managed to get a catch pole around his neck and another around his back foot to restrain him, but only after he got tired. The big cat seems to kind of give up his fight, and they cover his face with a blanket to help him relax.

The most amazing part is when they actually freed him and had to take the catch poles off. I’m not going to tell you what happens. Wait till you see how these brave heroes set the cougar free. 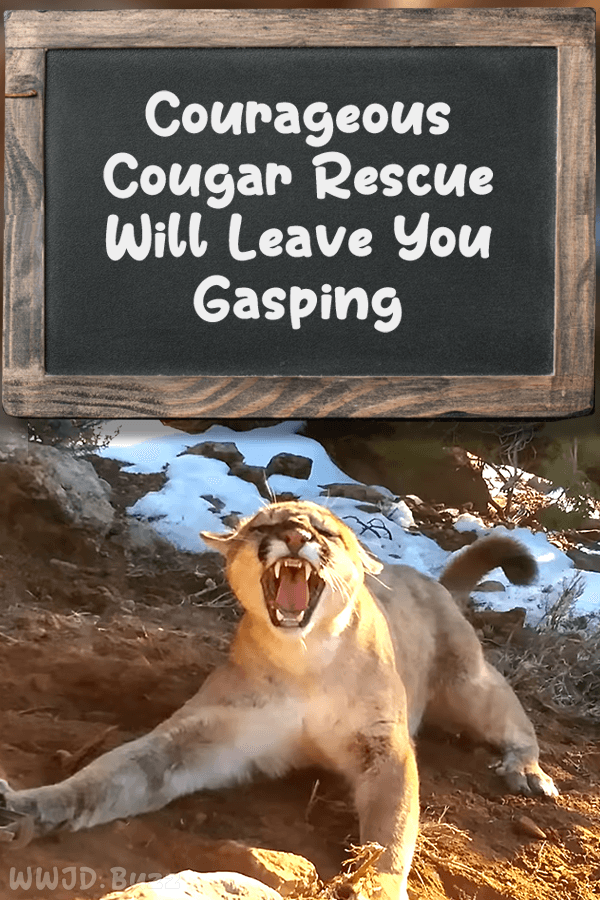