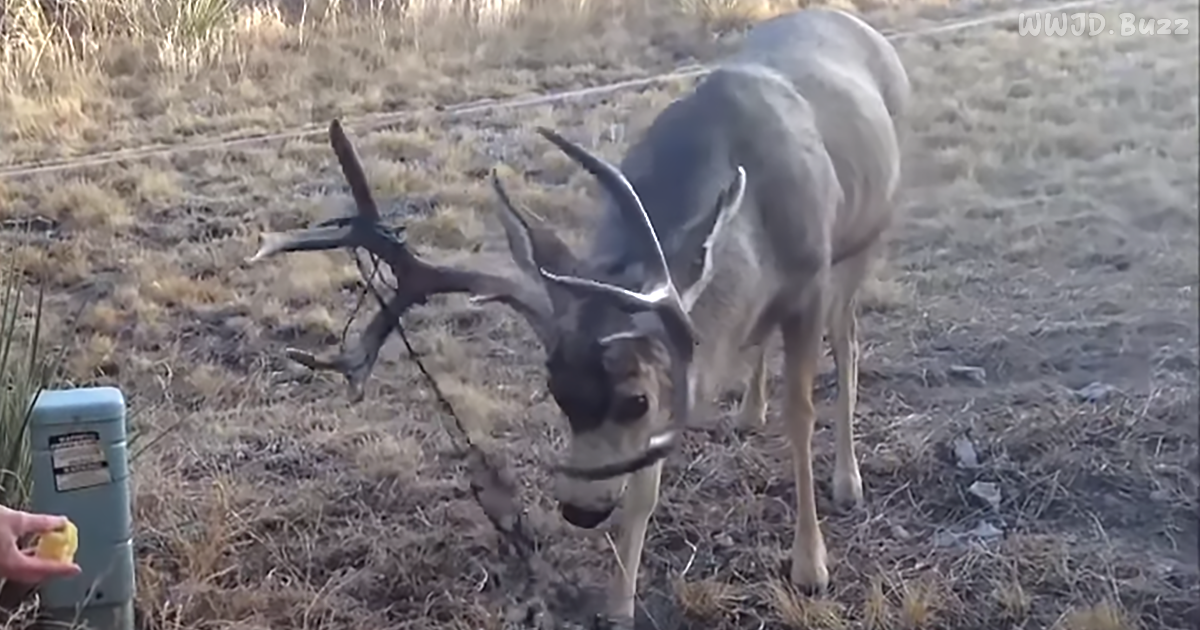 One morning when the Valentine family went out to their backyard, they found an unexpected visitor. The poor couple was not imagining seeing a wild deer at all. That’s not your everyday occurrence, particularly one of this size. But they noticed quickly that the deer was entangled in someone’s Christmas lights that he had dragged with him to the family’s yard.

The animal was struggling to get free. The lights were knotted around his legs and antlers, and the deer was fully trapped. He looked terrified of the situation he was in, but he also seemed (skittishly) willing to let these people help him.

The deer moved forward towards them as if he was curious. They were in their yard behind a fence. They used an apple to lure him closer, but he was too wary actually of eating it. It seemed to be working, but he wouldn’t get quite close enough for them to remove the lights from his antlers easily. His feet were free, however, so he seemed less frightened.

Eventually, they were able to remove the lights safely, and another deer came along to watch all the action. Thanks to the amazing couple, this deer got the help he needed. They knew that the deer could rip them to shreds with his antlers in a matter of seconds, but thankfully, they didn’t give up. Watch the rescue in the video below. 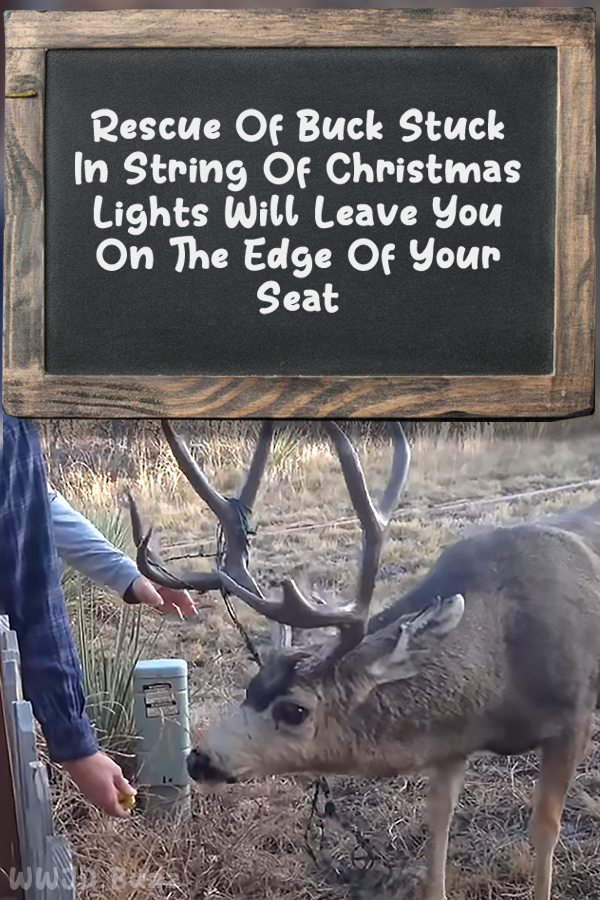