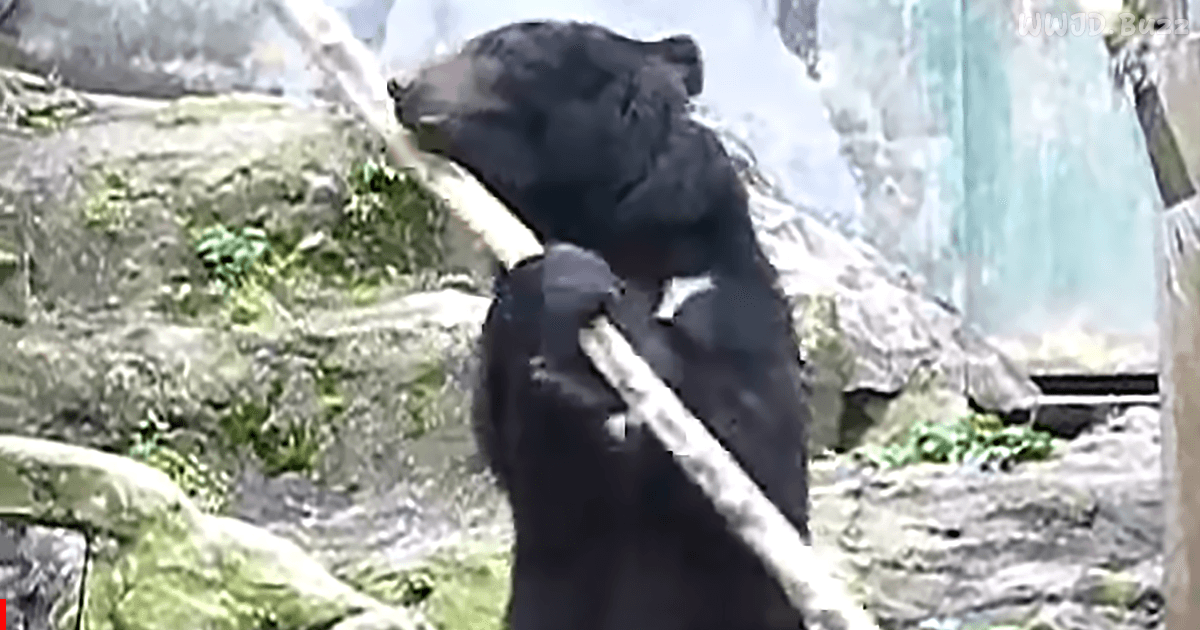 The bear at the Asa Zoo in Japan has learned how to twirl a staff around his head earning him the nickname ‘the Kung Fu Bear.’

Amusingly, when this bear was rescued five years ago, he was given the name Claude which is somewhat of an irony considering he has all the martial arts skill of action superstar Jean-Claude Van Damme.

In the footage below, the bear is first seen pushing the stick around before picking it up and spinning it around his head using his paws. At one point the bear even throws the rotating stick into the air and catches it.

The bear, thought to be a moon bear due to the distinctive white marking on his chest, was filmed spinning a 5ft-long staff around his paws, head, and shoulders like a… well… Kung Fu Bear.

Claude can be seen spinning a stick around quite expertly. Zookeepers explain how they discovered Claude’s talent many years ago and how they encouraged him by giving him 15 meter-long sticks to play with. Years later, the adage proves true: practice makes perfect.

The bear’s extreme dexterity and skill with the stick go beyond normal animal usage of complex tools but then again you can train seals to balance balls on their noses and train elephants to paint with their trunks, so why not this.

Animal behavior experts from the University of Colorado said the footage was a remarkable example of animal object control, making Claude is somewhat of a prodigy. You could say he’s smarter than the average bear!

I think the funniest comment I heard was, “That’s just Chuck Norris’ pet bear practicing some kung fu, I guess this bear woke up late at the day of Kung Fu Panda casting! 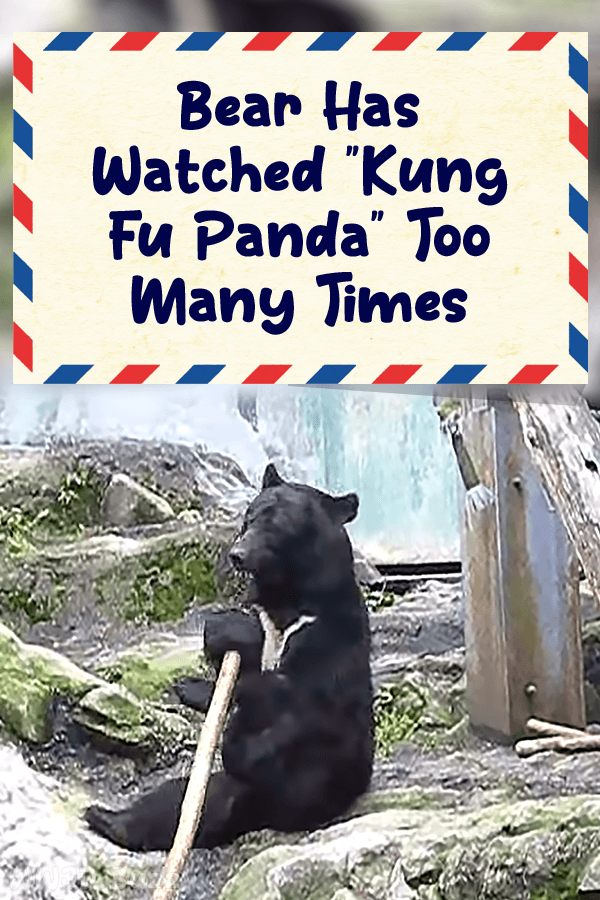