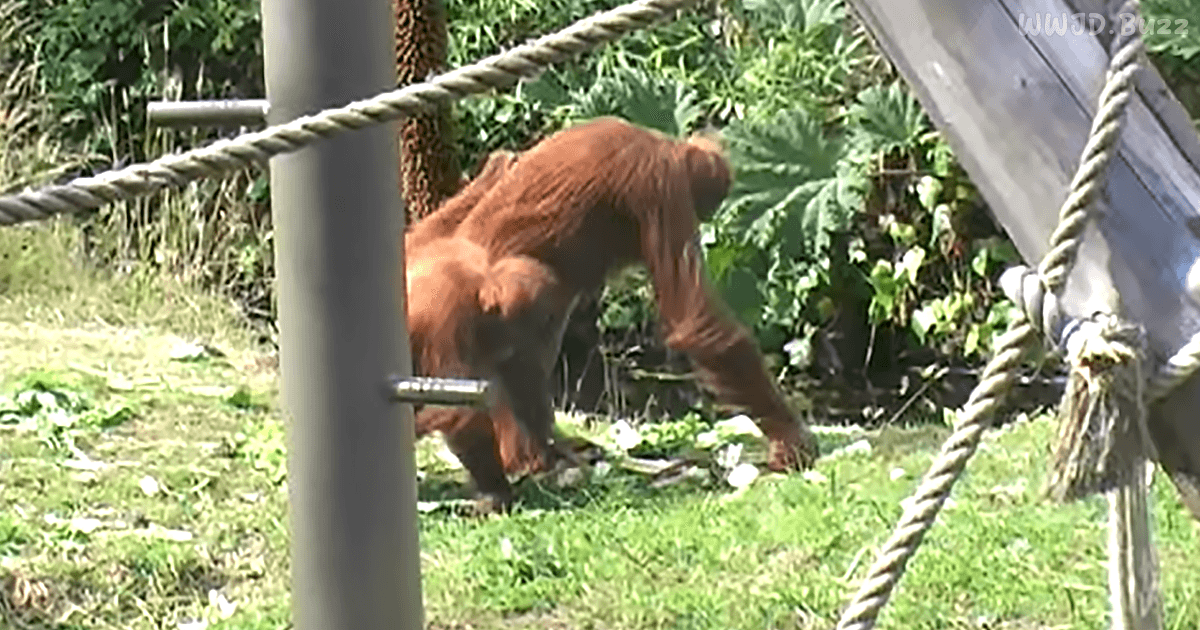 If you’re a parent, you know how difficult it can be to take care of your children. While parenting is surely a rewarding feat, it’s not an easy one by any means. The same thing goes for our non-human counterparts. Monkeys, for example, also know what it’s like to raise energetic kids. Take this orangutan, for instance. Her baby has loads of energy to burn off and runs around, causing mayhem.

This usually leads to trouble for parents, who need to try and get their kids to tone it down so they can relax. Because of this, these parents are dealing with not only the everyday exhaustion of raising a child but the additional exhaustion of trying to wrangle them up.

The Jersey wildlife conservation’s staff was able to capture a wonderful moment between a mother orangutan and her son. She was supervising her baby as they played on a rope together, but things took an unexpectedly hysterical turn when she tried to bring him over to the other side of the grassy area.

The similarities between human and animal parents are quite hilarious. While there are plenty of things that make us different from animals, there are also plenty of things that we can relate to them with! Raising children pretty obviously seems to be one of those things, and I think we can all agree that the hilarity that ensues when we try to get our children to behave themselves is fun to look back on after the fact. 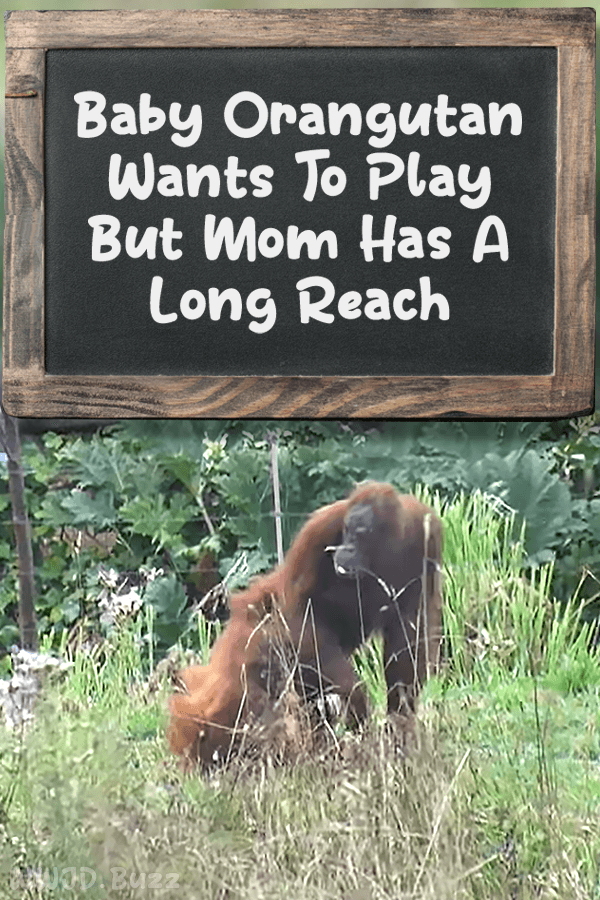