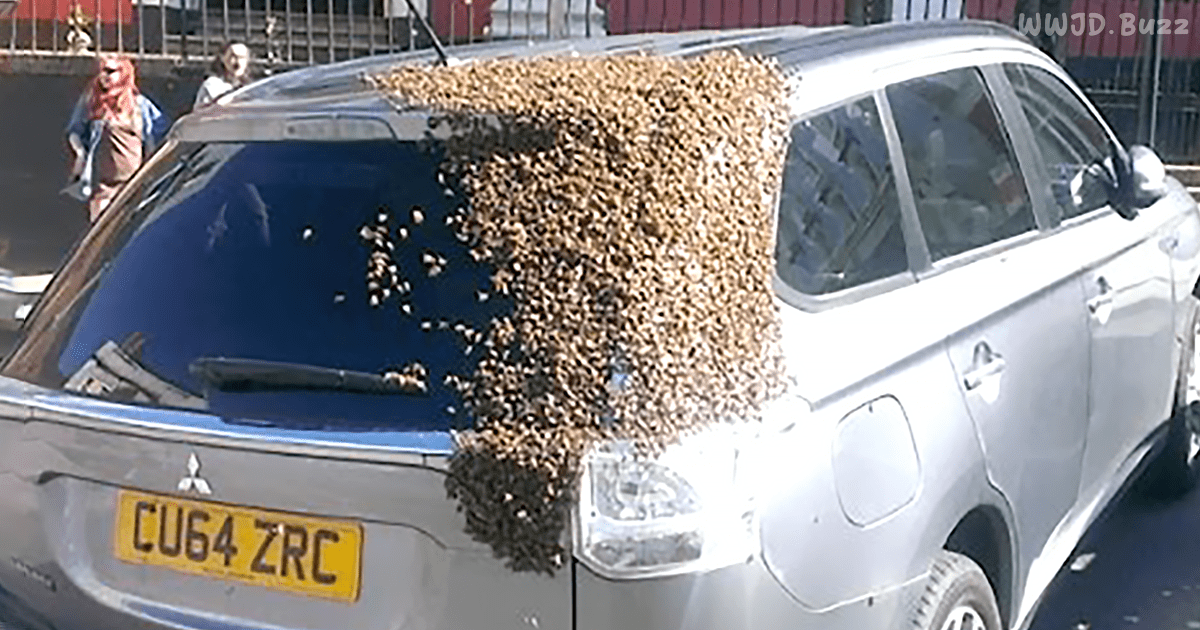 Loyalty is not just a human trait. In fact, animals probably show the greatest feats of loyalty in the world. They often do not even hesitate to lay down their lives for their pack or their leader.

In a beehive, the queen bee is essential to the hive’s survival, as she is the only one who lays eggs to repopulate the hive. Worker bees protect her at all costs. Without her, they would not exist.

This video captured outside of Haverfordwest, Wales shows the complete devotion worker bees have to their queen. The sight grew quite a bit of attention. Since the footage was posted on YouTube, it’s been viewed over 300,000 times.

Sixty-eight-year-old Carol Howart went into town to run some errands and do a little shopping. While she was gone, a local man, Tom Moses, saw something very strange – a swarm of around 20,000 bees covered the passenger rear corner of Carol’s Mitsubishi Outlander. Concerned for the bees’ safety, he called a team of beekeepers to remove the mass of buzzing insects safely.

The unusual site drew quite a bit of attention. Passing cars slowed down to peer curiously at the car, and some even took pictures of the oddity.

By the time Carol returned to her car, the bees seemed to be safely removed, and she was able to get in her car and go home. That’s all the thought she gave it until she realized the next day that they had followed her all the way home.

Carol called Pembrokeshire Beekeepers back to the scene to remove the bees once again. When they did, they found out why the bees were so intent on following Carol home. Apparently, the queen bee had been drawn to Carol’s car for some reason and had gotten stuck inside the rear window wiper blade or hinge. The devoted swarm followed her and surrounded her to keep her safe.

Once the reason was discovered for the insistent bees, both the queen and her swarm were safely removed. The worker bees refused to leave their queen behind, no matter what. Animals can show such a deep level of loyalty; humans could learn a lot from the animal kingdom. 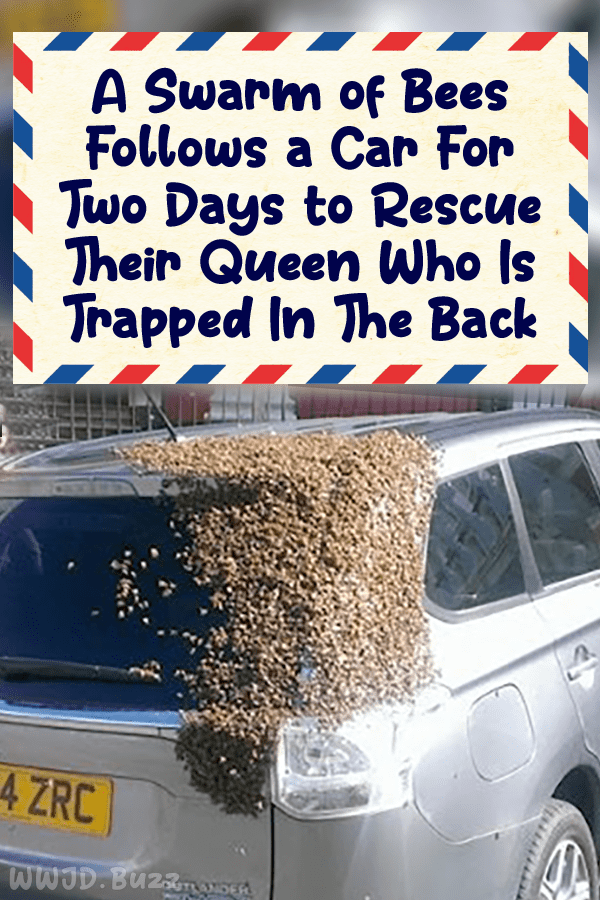