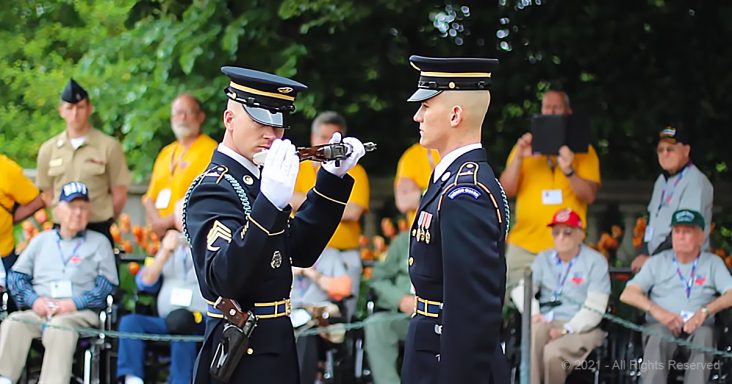 Making us all feel proud is the Old Guard at the Arlington National Cemetery where this inspection routine honors heroes.

The 3rd U.S. Infantry Regiment, known as the “Old Guard”, has been protecting the tomb of the Unknown Soldier since 1948. This captivating guard inspection is part of that tradition.

Every thirty minutes in the summer, and every sixty in the winter, the Relief commander will perform this elaborate inspection of a new sentinel’s uniform and rifle before his duty.

The inspection is not simply pageantry but, instead, a highly-skilled display of military tradition that makes onlooking veterans feel proud. The impeccable Relief commander begins by literally snatching the rifle from the soldier. 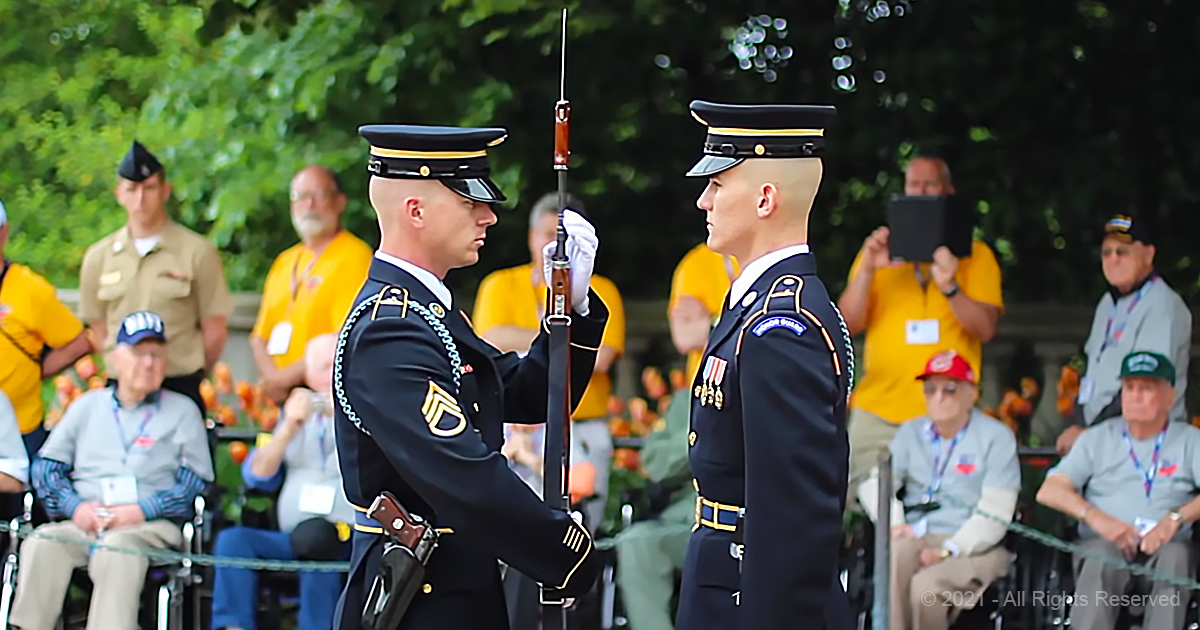 With amazing precision, the commander then performs a detailed, white-glove, an inspection of every single part of the soldier’s rifle and uniform. The way he turns his head is really surprising!

The level of skill displayed is incredible, with the commander swirling and twisting the rifle into place like a pro. These soldiers obviously take their posting very seriously.

The inspection ends with the soldier and the commander marching ceremoniously to the tomb of the Unknown Soldier, where the new sentinel will proudly watch over his fallen brothers in arms.