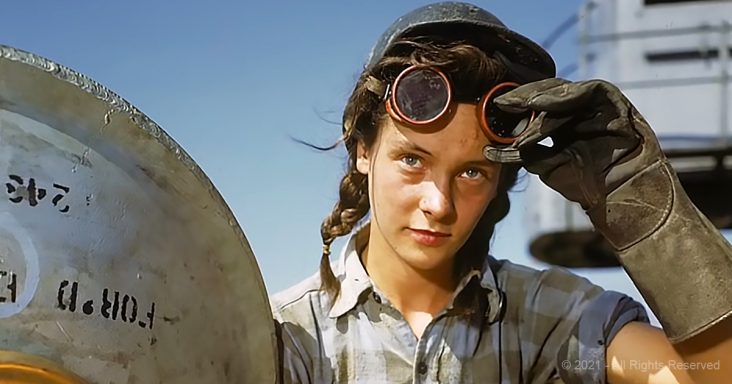 More than an image, Rosie the Riveter is about strong leadership in trying times. When everyone had to do their part, it was these brave women that went to the front lines.

Rosie the Riveter has been in popular media since the 1940s. Even if you didn’t understand her significance, the pose said it all. It was all about acceptance of a certain attitude, or a willingness to be a strong member of society.

During wartime, a lot of vacancies opened up in important positions. Many factories were left without their best workers to fill essential roles.

This spilled over into the actual war effort, as manufacturing woes slowed progress for certain areas. Families went hungry without a head of household, and the wartime workforce suffered major blows and setbacks. As the men stepped forward in the war, the women stepped up into the workforce.

Skilled positions were filled with equal female talent as servicemembers saw a boost in female members. In the consumer workforce, manufacturing went from a slow halt to full speed ahead.

Rosie the Riveter is the very identity of the women that kept the country strong during its lowest of times. The lasting impact of this era has led to changes that span multiple generations. Rosie the Riveter will live on and will speak to past, present, and future generations of women.