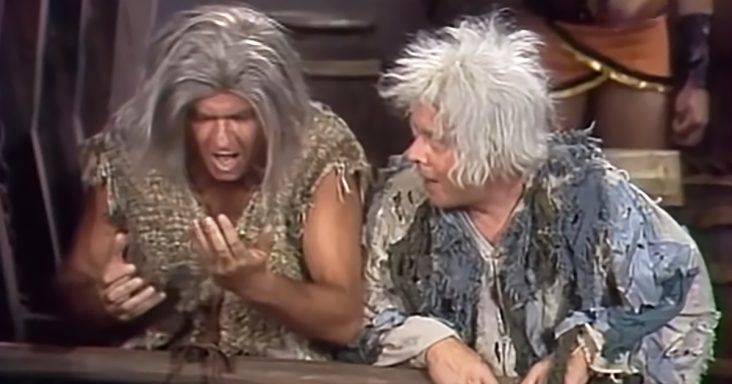 The Carol Burnett Show was a sketch comedy show that featured four comedians. Two of the comedians were Tim Conway and Harvey Korman. Every time these two guys were in a scene together, it was magic.

In this sketch, Tim Conway plays one of his most famous characters, The Oldest Man. The setting is a large ship rowed by galley slaves. The rowers are all dressed in rags and expected to row in time with the drummer.

A scantily dressed guard whips Harvey Korman at the start, who begs for a partner to help him row since his last mate, a giant, is gone. The soldier says they’ve got a replacement for the giant.

That’s when The Oldest Man is literally thrown into the galley, and the audience cracks up immediately. Tim Conway then proceeds to do to his signature Old Man shuffle and takes forever just to get to his seat.

When he finally sits down, Harvey shakes Tim’s hand, who immediately greets him and tells Harvey he’s a leper. Harvey tries to help The Oldest Man get settled and learn how to row.

Tim Conway, as usual, seems just as interested in making Harvey laugh as he is in the audience. After switching seats a few times and trying different techniques, the guard throws a piece of bread on the ground and tells them it’s lunchtime. Harvey reaches for it but is chastised since he should let the new guy eat first.

Of course, neither gets to eat as The Old Man moves too slowly for either to get the bread. He then confides in Harvey that he’s made a key out of an old cannonball. He invites Harvey to escape, but today is Harvey’s final day in the galley; he wants no part of The Old Man’s plan. Sadly, Harvey’s mixed up in it no matter what, and they both end up chained together for the rest of their lives. 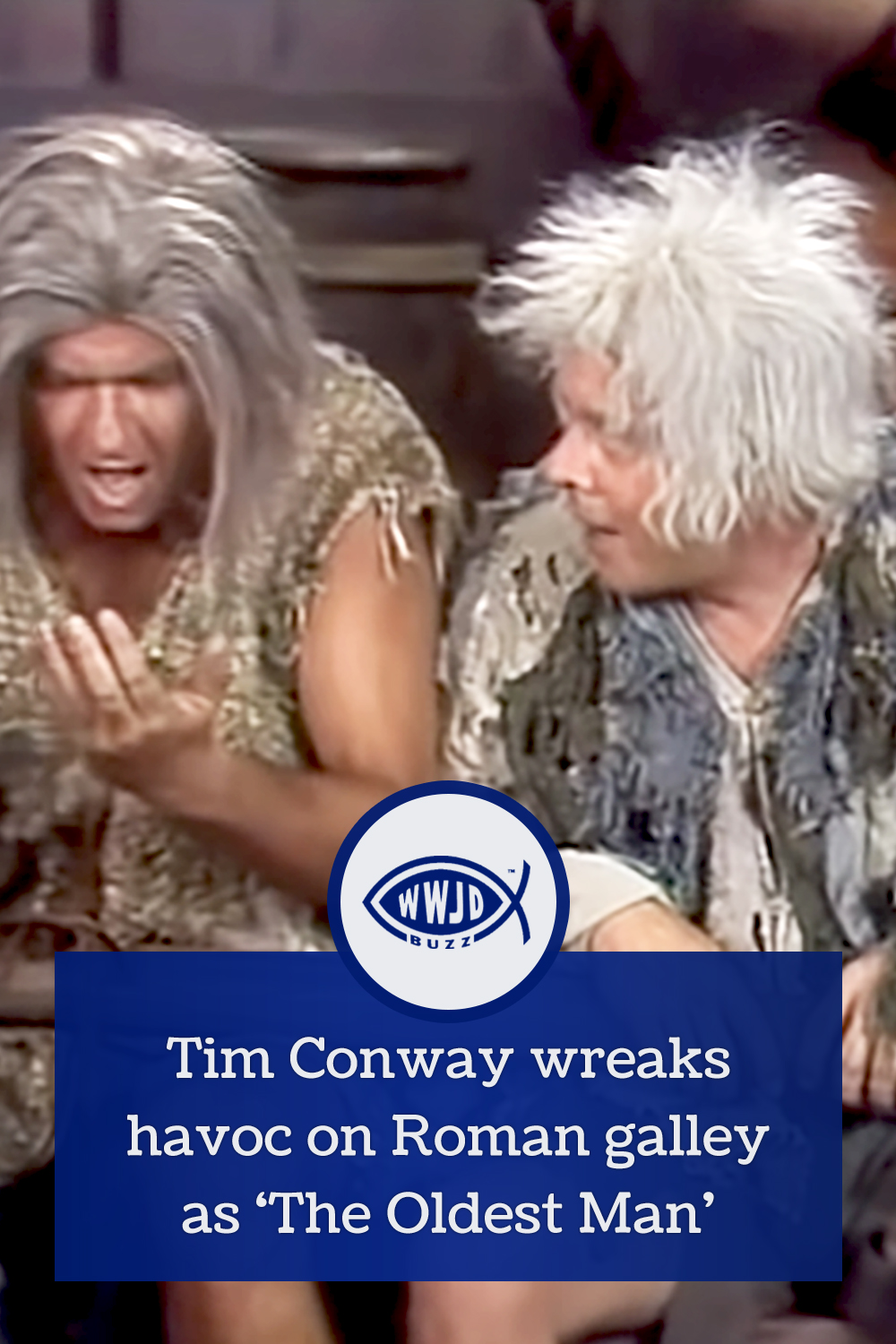