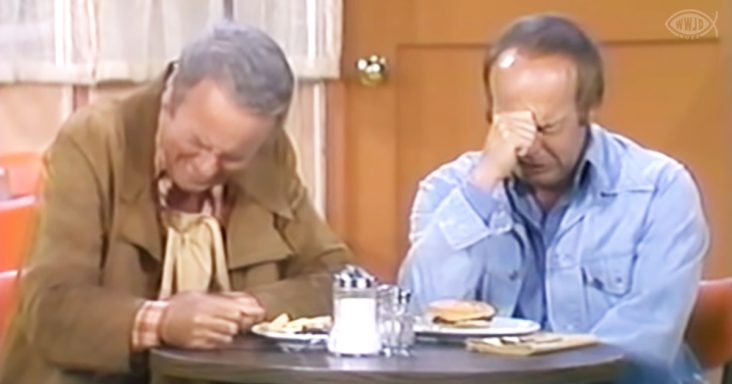 The Carol Burnett Show was known for its comical skits. The show debuted on the CBS channel in 1967 and was one of the most popular shows for 11 years. It received 25 Emmy Awards and eight Golden Globes, making it one of Television’s classic shows.

The comical skit was about two truck drivers who stopped by to eat. At the same time, they shared their sorrow of being lonely and flirted with the beautiful waitress at the diner.

Hank shared the news with Pete that he was about to get divorced and was happy to be a free man. However, he told Pete that he would be his competitor as he was interested in dating the waitress Sally.

In response to the conversation, Pete told Hank that he had a lot to learn from him as he had been divorced for a year now. This was when Sally stepped in to give them the menu and asked comically if they needed it translated.

Hank and Pete started to talk about how happy they were to be divorced. They spoke about how they didn’t need a home or their wives. However, a few seconds later, Pete hid his face with the menu card and cried. But it was anything but funny. He told Hank that he was lonely. However, as soon as Sally returned to ask for the order, he instantly changed his tone. He was back to his usual self.

During the conversation, someone started the jukebox that played Hank’s wife, Natalie’s favorite song that made him nostalgic. So now both of them began to cry. Hank even kicked the jukebox with his leg to stop the music. The skit was so funny that it could make anyone burst out in laughter.