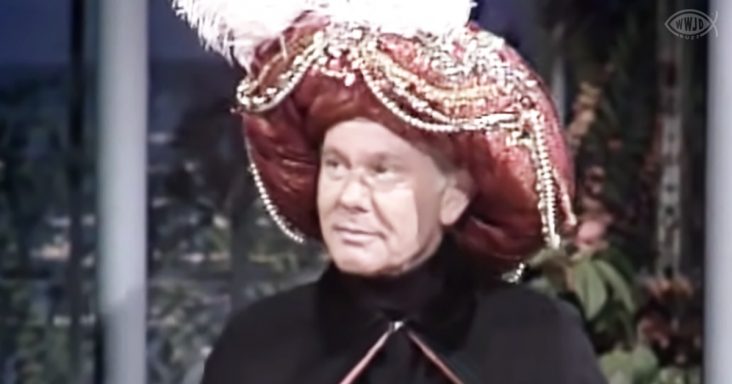 Anyone who grew up watching The Tonight Show with Johnny Carson will remember Carnac the Magnificent, a recurring character with the ability to read the contents of sealed envelopes.

Here, Carnac returns to deliver some genuine laughs and have a good time with Ed McMahon, who was one of the best straight men in the business at this time.

Seated behind the desk and wearing that enormous hat, Carson looks always on the verge of laughter before the segment even begins. It is a good start for the audience.

Even better are the exchanges with McMahon – their mock bickering makes the show a hundred times funnier, and the audience delights in seeing the two of them spar. 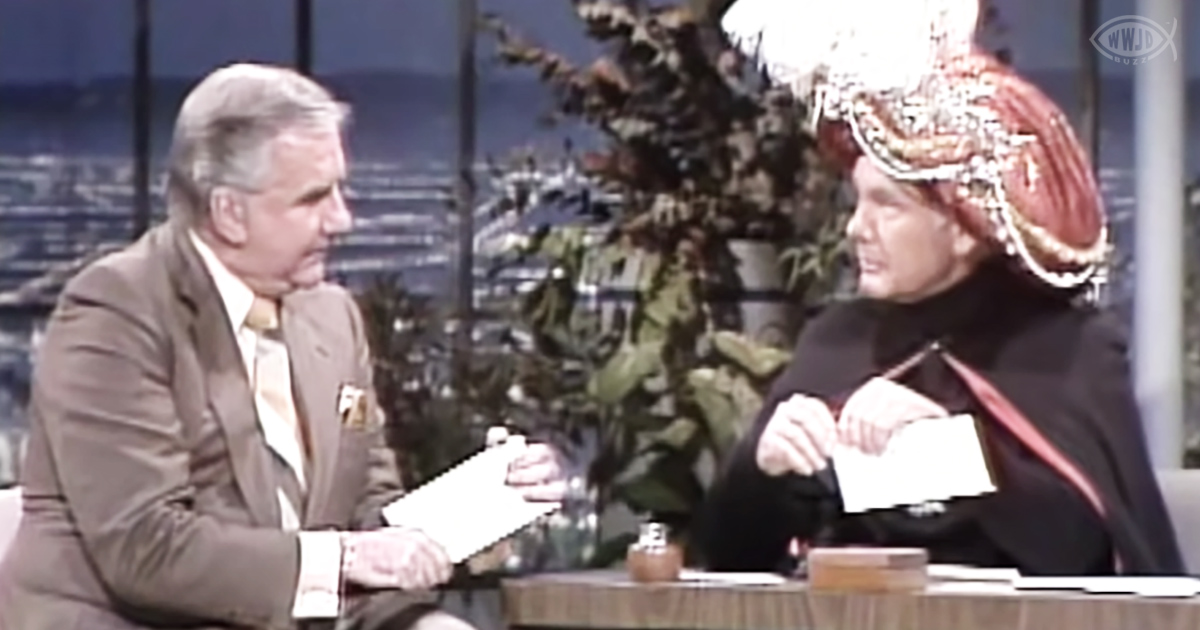 But to speak of the act itself, Carson delivers in true Carson style – with that classic deadpan humor that made him one of the most beloved icons in television history.

Every move is calculated to maximize the humor of the scene, from the way he accepts the envelope to the moment when he holds it to his forehead and summons the contents.

Of course, this entire segment is simply a way to have some fun at the expense of celebrities, athletes, even political figures of that time. Nobody was spared when Carnac the Magnificent came to The Tonight Show with Johnny Carson. 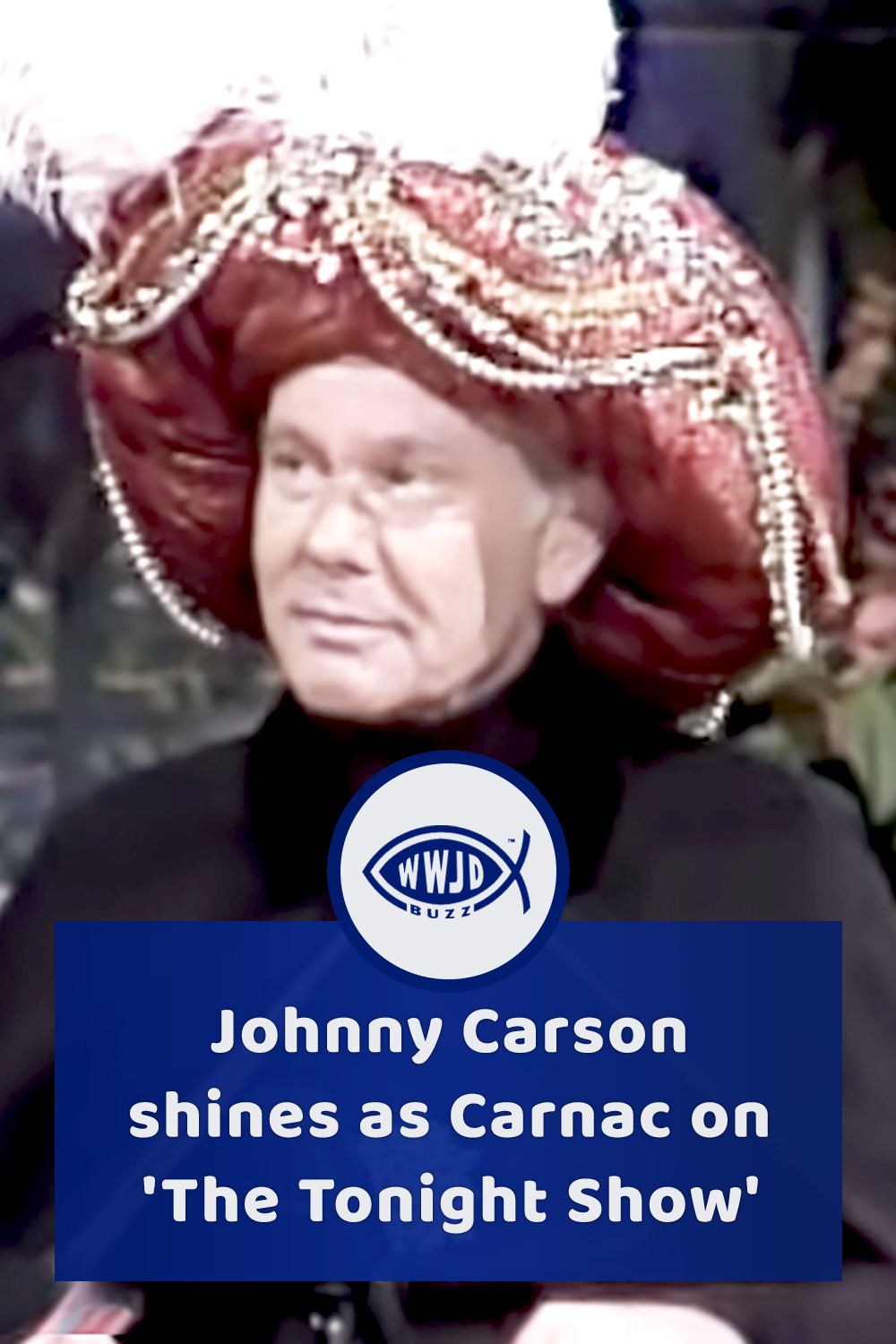