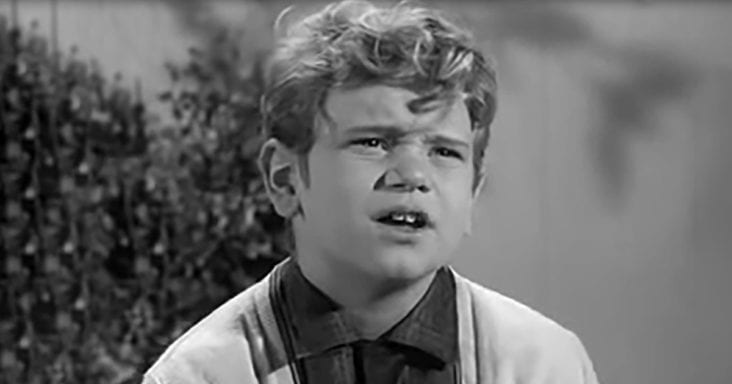 Parenting in today’s world is like trying to navigate through a landmine of challenges. Kids are dealing with a lot in today’s society, like added pressures at school, cyberbullying, and social media. While many things have changed since the Andy Griffith show, wanting to raise children, you are respectful and value hard work has not. This classic clip shares an important message about how not to create a spoiled child.

The clip starts with the two boys hanging out together, and Opie is admiring Arnold’s new bike. Opie assumes that Arnold has been working for a long time to save up for such a nice bike. Arnold responds with, “Kids aren’t supposed to work for their allowance.” Opie quips back that since his father is so busy, it’s possible he hasn’t heard about this yet! Arnold gives Opie an impromptu tantrum-throwing lesson before the boys part ways.

Later, a deputy chastises Arnold for riding his bike on the sidewalk. As soon as the policeman turns his back, Arnold hops right back up on the sidewalk! This time he nearly runs over Opie’s dad, the other policeman’s boss! Afterward, Opie is in his father’s office, trying to explain how he shouldn’t have to work for his allowance. His father laughs and tells him that is not how things work. Opie throws himself on the floor in a wild fit, but his father ignores him, except for telling him not to get his clothes dirty.

Suddenly, Arnold and his father enter the office. Arnold’s dad is upset that they impounded his son’s bicycle. Arnold does his best tantrum-throwing, but his dad realizes that there is a problem when Arnold is willing to let his dad sit in jail, solely so he can get his bike back! Arnold’s father teaches his son a lesson and sells the bicycle. Opie realizes that this is no way to behave and asks his dad if he has additional work he can do. He says that he wants to save up for a bell and then save up for a bike to put under it.