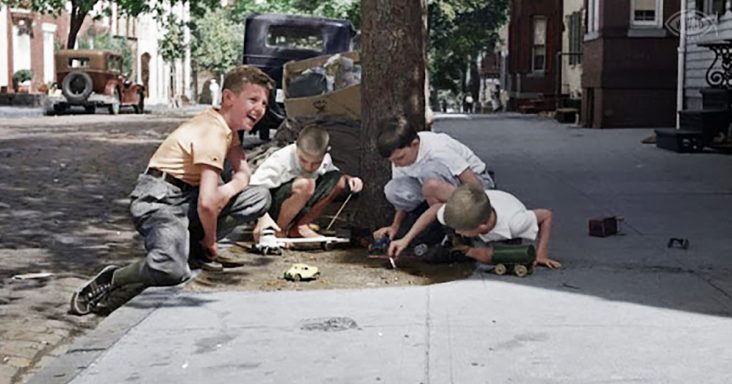 World events of global proportions beleaguered the people of America in the 1930s and 1940s. The times of The Great Depression and the 2nd World War were not easy, yet people continued their lives as best as they could.

At that time, the art of photography became wildly accessible, and numerous moments were captured in black and white stills. They became remarkable insight into the life people led.

But as with anything, those moments fade with time and the advancement of technology. The black and white life just isn’t as vivid as a colorful one is. However, the way to color the old images came to be, and the results are magnificent. 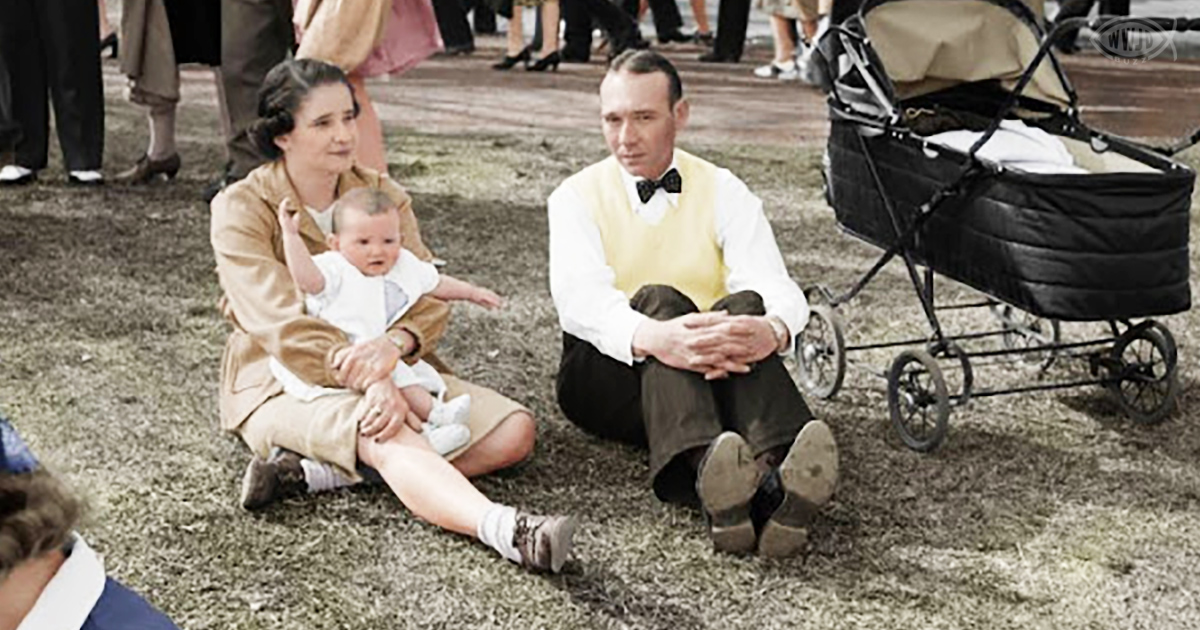 The hot-dog break of the shoe shiners in New York is brought back to life with the colors you’d never expect to see. The red umbrella, the yellow stripy shirts, and the green wheels of the food cart spring the image to life.

And what about the people in Indianapolis waiting for the Greyhound Bus? The piercing blue eyes of the elderly lady who noticed the camera competes for your attention together with a yawning boy who is, judging by the number of suitcases surrounding him, on a trip with his family.

It is also refreshing to see the three young ladies seated in front of the Church in Chicago on Easter morning with their, even for these times, overly elegant get-ups overshadowed only by the styles of their hats.

Despite the great turmoil we all learn about from history books the life continued. These beautifully colored photographs show that people adapted and persevered even in the toughest of times. 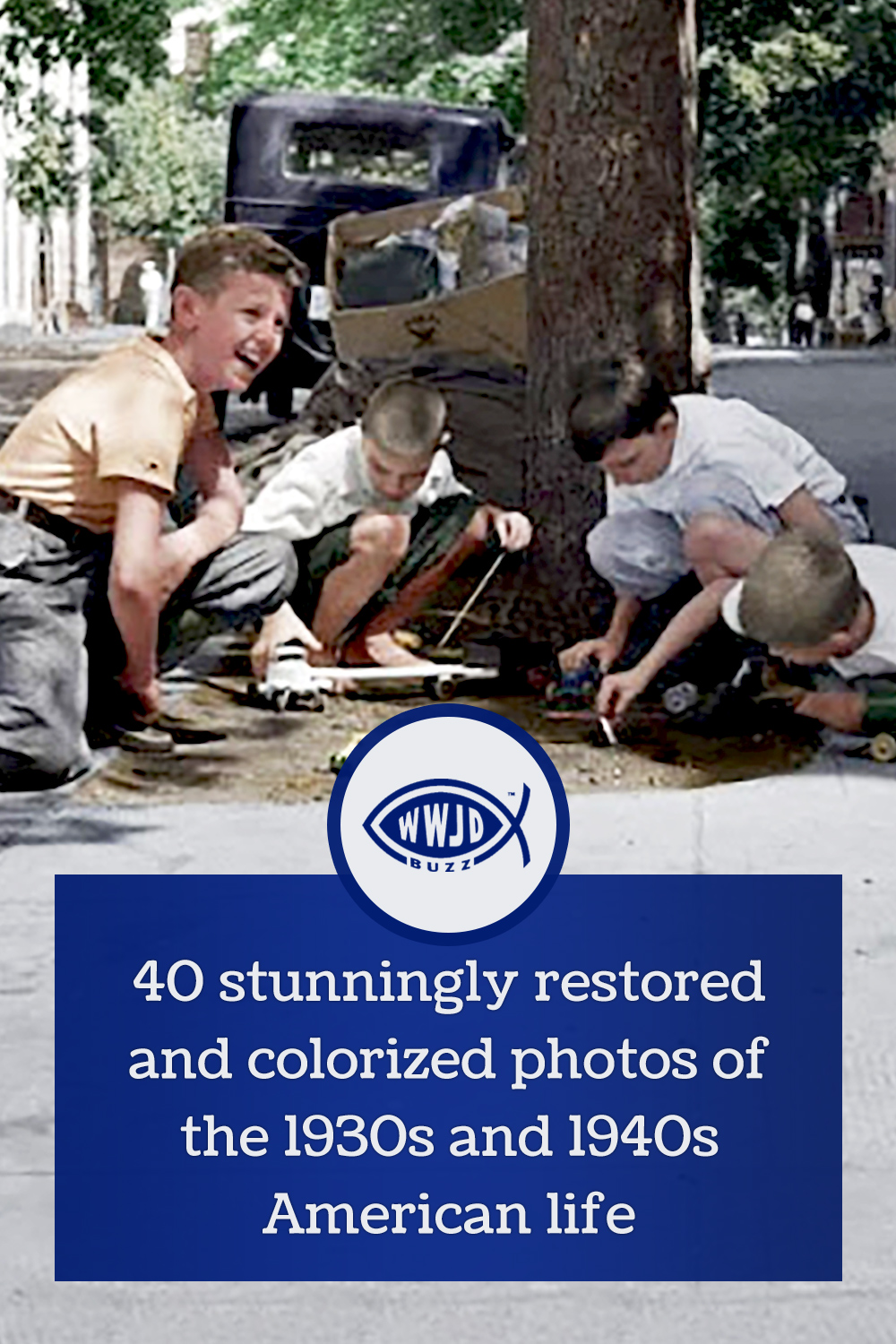