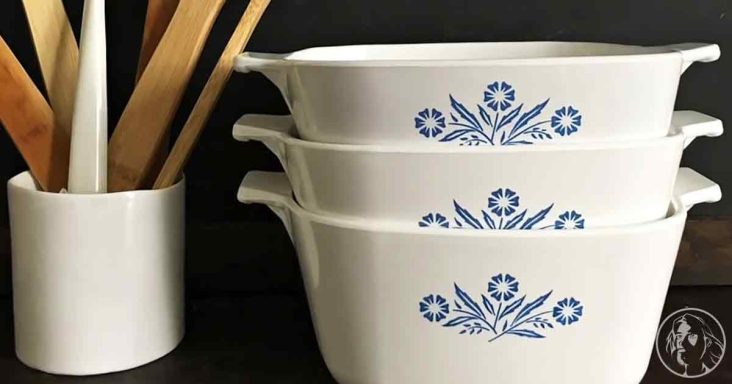 Nostalgic music plays as the narrator describes the woodsy suburban chic look and open concept that began in this decade. He continues to explain how families reconfigured kitchen arrangements and began including peninsulas to entertain guests or to eat breakfast. 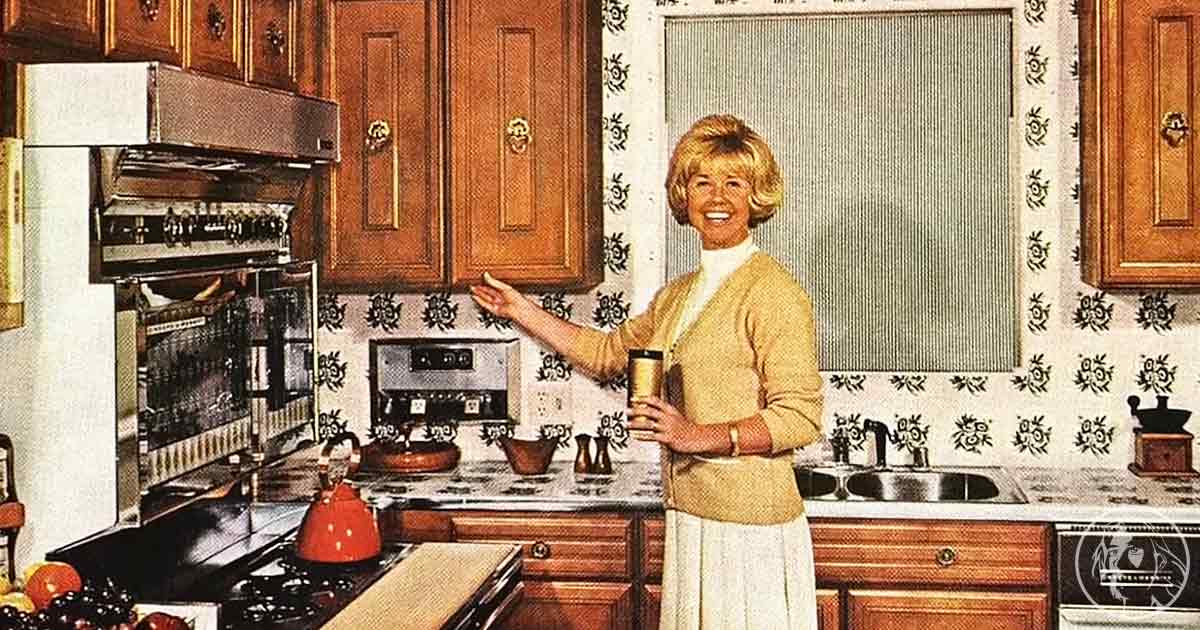 Flowered and geometric patterns lined the walls, countertops, and appliances in oranges, mustard, and avocado green colors. Pendant lights became popular during this decade, adding to the bright theme.

Custom appliances, including separated ovens and ranges, were a popular choice of many homeowners. Small appliances also became both more widely used and more affordable. Many suburban homes were newly equipped with toasters, mixers, and electric can openers that were once too expensive. 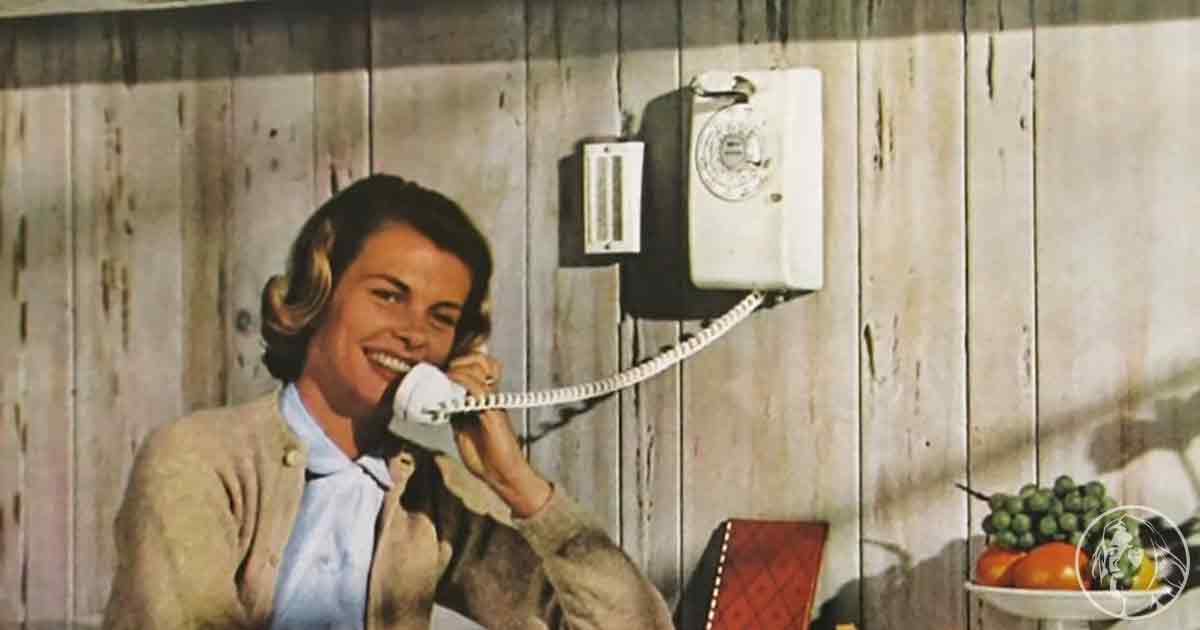 Perhaps the biggest advancement in the late 1960s included the microwave. Though quite expensive at the time, it became popular quickly. Many households also had telephones in colorful colors connected to kitchen walls so that women could chat on the phone while preparing dinner.

Recollection Road also mentions the popular white and blue dishes from Corningware that made an appearance in this decade. These can still be seen in cabinets today, because of their versatility and ability to go from the oven to table for serving. 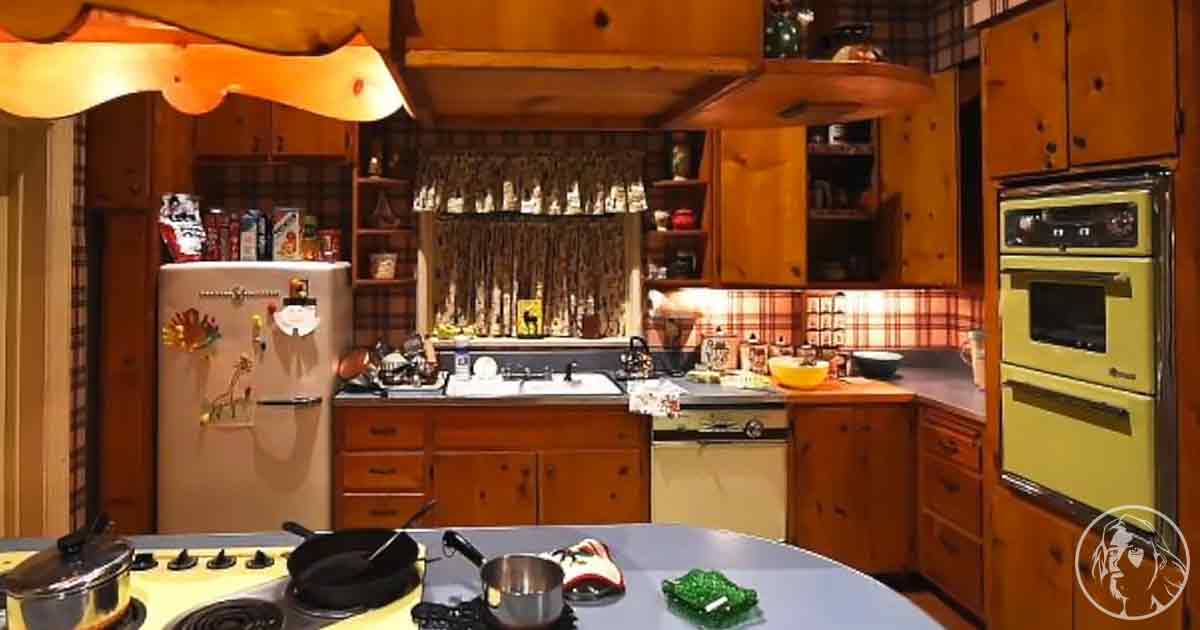 Cooking shows, including Julia Child’s “The French Chef,” became a means of learning new culinary skills from around the world. Many home chefs enjoyed trying new recipes and expanding their menus.

The music continues to play as more photos of brightly orange-red and lime green and yellow kitchens with smiling women flash across the screen. 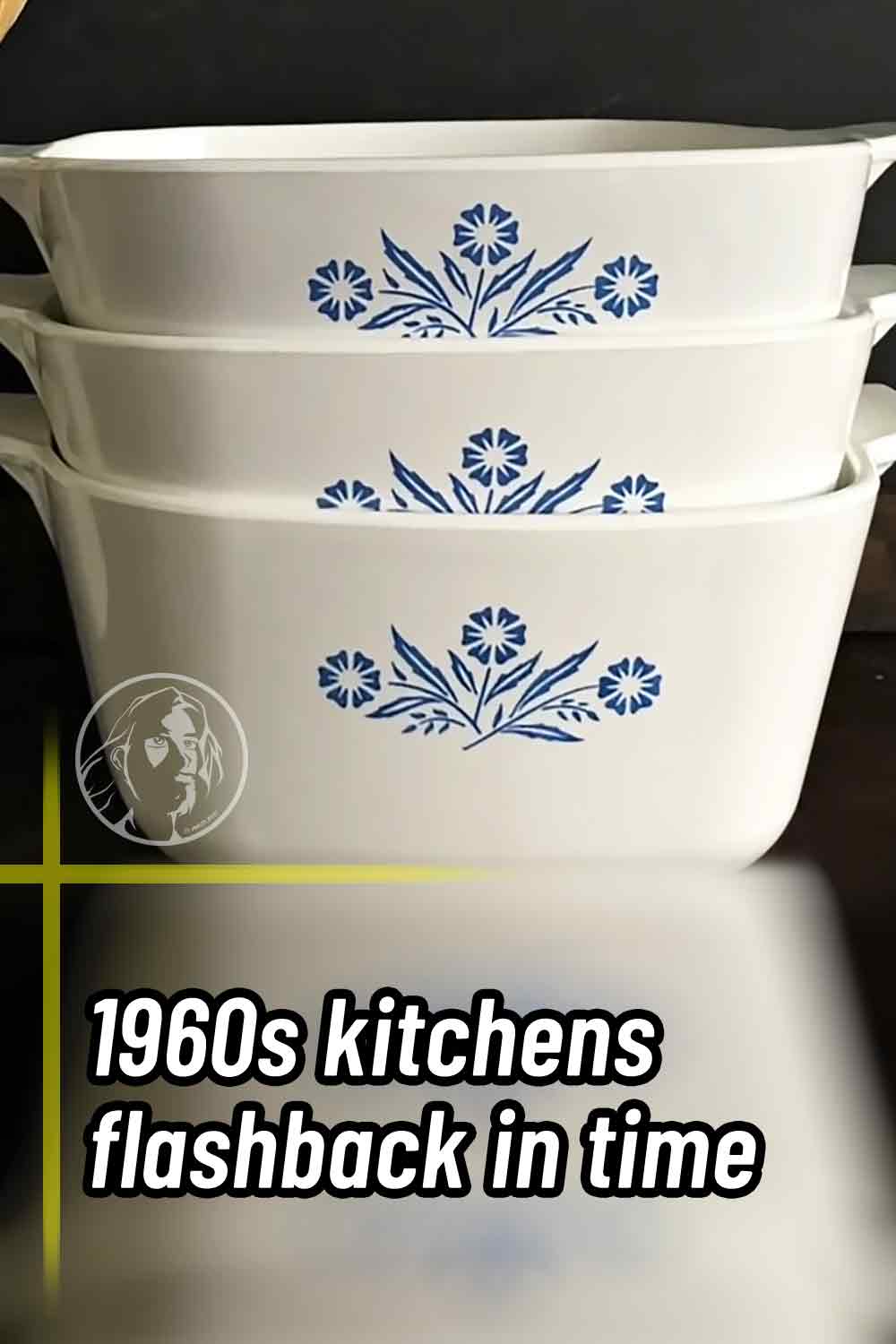