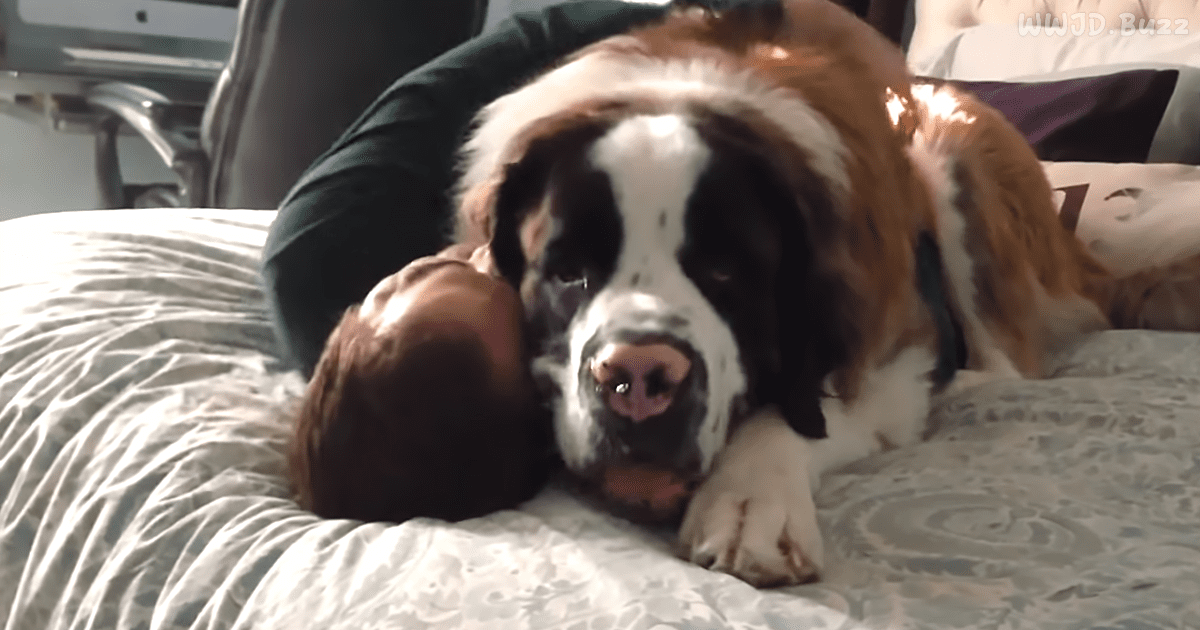 There’s nothing quite like the love you get from your pooch after a long day. Whether they’re trying to be supportive during a hard time or just want to show you some everyday affection, dogs are known for their fierce loyalty and willingness to be cuddly, even if it’s at the most inconvenient times. When they feel like showing some love, they’ll do whatever it takes to get up close and personal. Dog owners know that their personal bubbles virtually disappear when they have an affectionate pup around.

It can be particularly silly when large dogs are the ones pining for your attention. Oftentimes, these animals can be as big as we are, and that makes it difficult for them to snuggle up in our laps like they might want to. That doesn’t stop them from making an attempt, though!

Check out this massive Saint Bernard in the clip below! His name is Sully, and he loves nothing more than exchanging long hugs with his dad. After being without him all day long, Sully knows just how to greet his dad after a busy day at work.

You won’t want to miss this hilarious footage. Watch how Sully pins his dad down in an attempt to be sweet. He might be heavy, but his cuteness outweighs the complications of being trapped under a giant dog. His dad seems to be living the dream, honestly. Wouldn’t you love to have a dog as affectionate as this one? How cute! He even gives his dad a bunch of kisses, completely unaware of how much space he’s taking up. Isn’t this just the cutest thing you’ve ever seen? 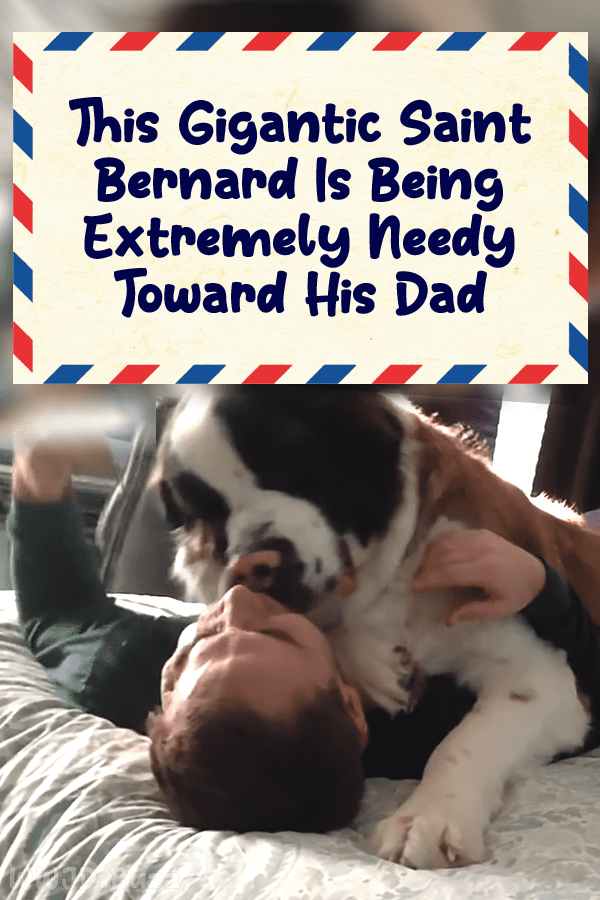